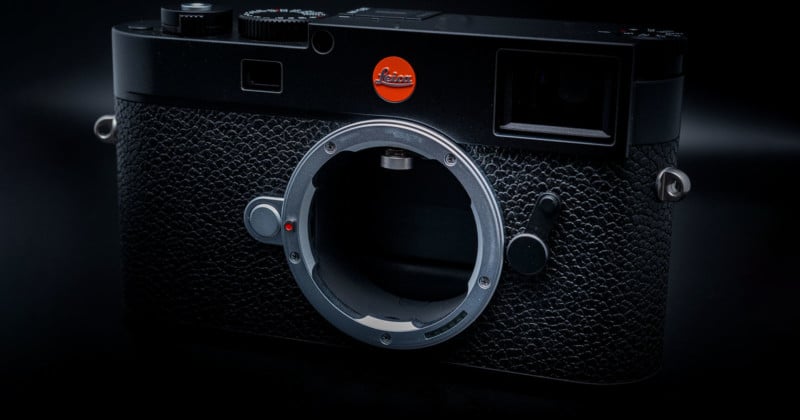 Leica innovated the heck out of the camera with the Leica 1 back in 1925, breaking new ground with the Leica 2 and then the M3. However, not so much in recent years and I argue the “classic” M is now actually holding back Leica’s innovation.

To understand what might be the current “rut” you need to understand the genesis of the quintessential Leica rangefinder which began with the (fixed lens) Leica 1. This made the bold move of introducing an ultra-portable, 35mm roll-film, camera. The realms of photojournalism expanded with the opportunities, although arguably the Leica 2 that was era-defining by taking the 1 and turning it into an interchangeable lens camera. All of a sudden you could use that 35mm, 85mm, and 24mm alongside the original 50mm.

There was still the thorny WYSIWYG (“what you see is what you get”) problem, which has invariably been approached by using a view camera, twin lens reflex (TLR), or (later) single lens reflex (SLR). Leica’s elegant solution was the coupled rangefinder, a separate view of the scene that corrected for parallax differences with the lens. The Leica M3 took this design to the next level with an integrated viewfinder/rangefinder and switch from screw mount to bayonet mount. The transformation was complete for what was the ultimate portable camera, perhaps best exemplified in the M6 and its recent resurrection.

The rangefinder was — if nothing else — the spiritual father to the mirrorless camera. The bulky, complex, expensive, and blackout-prone mirrorbox of the SLR it was not, with the simplicity of the design enabling a small camera. Crucially, the flange focal distance was — like mirrorless models today — short, which allowed for much smaller lenses. It was no wonder that photojournalists persisted with the Leica M for many years. The M6 of 1984, gave way to the M7 in 2002 that introduced automatic modes and so the analog ended in 2018… until the reintroduction of the M6 this year!

The innovation of the M rangefinder — or rather lack of — is exemplified in what had been incremental improvements since the M3. Sure, there is an argument that “if it ain’t broke, don’t fix it,” but equally the success of Olympus (now OM Digital), Minolta, Nikon, Canon, and Sony has been in a willingness to experiment and innovate.

So where did the digital rangefinder go? The M8 kicked off the brand in 2006 and — image quality issues aside — was a solid start, although it was obvious that class M shooters would need a full-frame sensor and that duly arrived with the M9 in 2009. This was a pivotal moment as it beat Sony to the full-frame punch by three years and demonstrated that there was a market for such a camera, at the same time delivering superlative imagery.

And so began some Leica meandering for the best part of a decade with the release of the Leica M (Typ240) that rushed to incorporate more technology, but at the expense of the shooting experience and not necessarily producing the best imagery available in class. There was a simple version (the M-E), an update (Typ 262) and variants that eschewed both the color filter array (Monochrom) and rear screen (M-D). It almost felt like a period of experimentation, in finding its feet, trying to work out what a digital M-mount rangefinder should be and what customers were willing to pay for. There is, for example, an argument for the higher resolution the Monochrom affords which makes it a justifiable, although expensive, option. The removal of the screen seems somewhat gratuitous, but each to their own.

However this period was also marked by the development of Leica’s mirrorless ambitions with the release of the T-mount (which morphed into the L-mount), which is a genuinely competitive entry into the marketplace. Aping Sony’s strategy, it began with APS-C (T) before augmenting this with full-frame (SL) and then opening up the mount to Panasonic and Sigma as its partners. Both have released cameras that seemingly complement — rather than compete — with Leica’s lineup. All of this is, of course, in addition to Leica’s medium format S series.

It seems, then, that Leica has managed to find the perfect marriage of old and new by running rangefinder and mirrorless systems in parallel. Or has it?

Death of the Rangefinder?

The conflict of this strategy is perhaps best illustrated by Leica’s announcement that it was discontinuing its APS-C models: the CL and TL2 were gone as it pursues the emerging full-frame market. In some senses this should come as no surprise; the low-value segment is diminishing and manufacturers are pulling out. That said, I don’t think we can call any Leica camera low-value but maybe the volume is just no longer there, alongside the increasing necessity to simplify and slim down product lines. It looks likely, then, that APS-C models are increasingly being consigned to the dustbin.

In contrast, what we have seen from Sony is that the variant supply model is sound; build a base camera (the a7) and then develop high resolution (a7R) and low noise/high speed (a7S) models. In addition, we now have the a7C compact variant. Not only that, but carry on selling the older versions at lower prices, getting full value out of the production lines.

Simplifying production to just four models — that all share a similar core — makes a lot of sense, yet at the same time catering to the widest possible market. Leica appears to now have one mirrorless model and, well, four rangefinder models that all seem intended for the same target user.

In summarizing Leica’s problem it might be easier to say what it doesn’t have: a more traditional mirrorless M-mount, non-rangefinder camera. If this is the problem, then what is the cause? As I noted above, the rangefinder was an elegant solution to “seeing” what the lens saw which enabled it to be small and discreet. The advent of the mirrorless camera has made the optical viewfinder all but redundant: by sending a live “feed” from the sensor, you genuinely get to see what the lens “sees” with no complex optomechanical jiggery-pokery.

In short, the rangefinder is not only redundant but well past its sell-by date. That, of course, doesn’t stop Leica from selling a reasonable number of rangefinder M’s to willing consumers, however, it does have a knock-on impact on their product line. Namely, they have never made a small, full-frame, mirrorless camera because that would compete directly with the M and potentially cannibalize sales which would mean producing two different designs for the same number of sales.

Maybe Leica Should Have Made the Sigma fp

Where does this leave Leica moving forward? The L-Mount Alliance was, I belive, designed to reduce the cost of system development and enable a far faster build-out of available cameras and lenses. Sigma (as a lens manufacturer) and Panasonic (as a camera manufacturer) make logical partners for Leica. However, the death of the CL and TL2 highlights the product line problems that Leica faces.

Perhaps the camera it should have made was the Sigma fp… well, maybe not exactly the same, as it is an ergonomically unenticing box, albeit a small one. What it targets is the small factor, full-frame market that, at least to me, looks like perhaps the spiritual successor of the M. Okay, I wouldn’t want to shoot photojournalism with an fp, but the intent is right and, as a result, I would rather shoot with an fp than an M11.

Perhaps this is the reason behind the joint development of a new mirrorless model by Leica and Panasonic; either way Leica is left with a single L-mount fullframe model and a range based around the M10. This doesn’t appear to be a forward-looking strategy based around developing the best-in-class technology. Could Leica’s future be better focused upon stripped back the M to a single model that satisfies its existing clientele? Could it develop a true successor of the M in the form of a mirrorless model that genuinely builds upon its heritage to offer the next-generation camera for photojournalism? Having developed the L-mount to help future-proof itself, has Leica lost its way in the minutiae of expanding the M catalog?

I wait expectantly for whatever Leica and Panasonic jointly develop in the hope that a path to the future is envisioned. Of course, Leica could always do the unthinkable and produce a mirrorless M-mount camera that utilizes an electronic viewfinder.