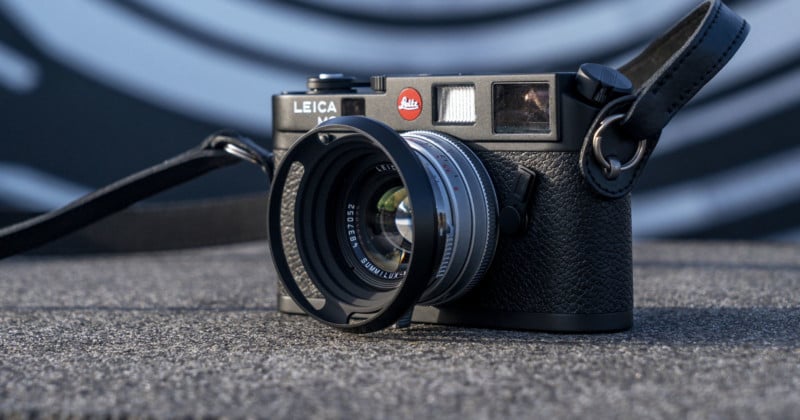 Film isn’t dead yet. That’s the obvious message behind Leica digging up its roots and reimagining its storied M6 rangefinder film camera from 1984 and releasing a brand new variant in 2022.

If you’ve been on the fence about film, or left it long ago, this might be a camera that makes you think about it. If you’re already shooting in film, or are a staunch Leica fan, the new M6 may be more than a little intriguing. Leica stopped manufacturing the original camera in 2002 and abandoned film altogether for its M range after the M7. The company tells me it never stopped making film cameras though, even in the doldrums during the digital photography avalanche that swallowed it up. But only now with film photography gaining more than a flicker of resonance again, Leica chose to bring back one of its most acclaimed film cameras.

Being in Leica’s heartland in Wetzlar, Germany to try out the new M6, it’s clear the company sees an opportunity to ride the current wave of interest in film — not unlike how vinyl and turntables have been making a comeback in the audio space. 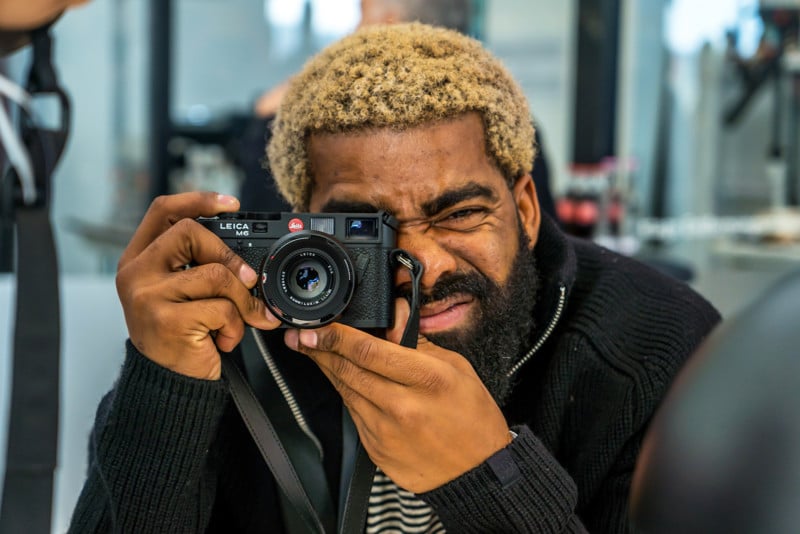 Personally, I haven’t shot with a film Leica in well over a decade, and even that one was a compact Minilux 35mm. I had little experience shooting with a rangefinder, though wasn’t a stranger to film at the time, as I had come up in it with DSLRs years prior. Shooting with the M6 for an hour felt like going back in time and wielding something entirely new all at once.

Holding the new M6 feels nostalgic, even if you’ve never touched the original. It occurred to me there may be people shooting with this camera who weren’t even born when Leica launched the first iteration of it — or even since the last one left the factory in 2002. 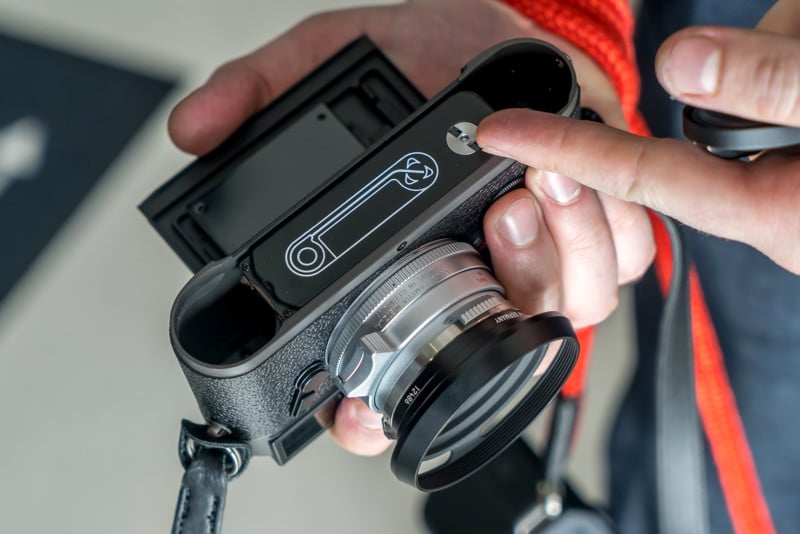 This new version of the M6 harkens straight back to its predecessor in so many ways, though newer and more robust materials come into play this time around. It has a brass and an abrasion-resistant lacquer instead of die-cast zinc for the top cover and a new coating for optical surfaces to ward off stray light. There are 1,000 different pieces carefully handcrafted to put the new M6 together, all the more impressive when using the new M6 in the field.

My time was limited to about an hour’s worth of shooting in a Leica studio space because heavy rain made outdoor shooting difficult. The buttery smooth mechanics were immediately obvious though. From loading the film to getting that satisfying whirl when rewinding the slanted crank, the precision involved throughout was already easy to appreciate. 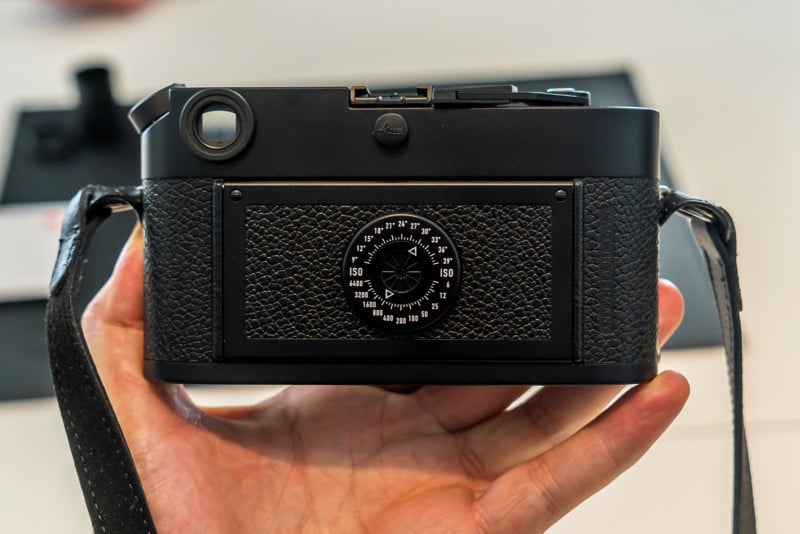 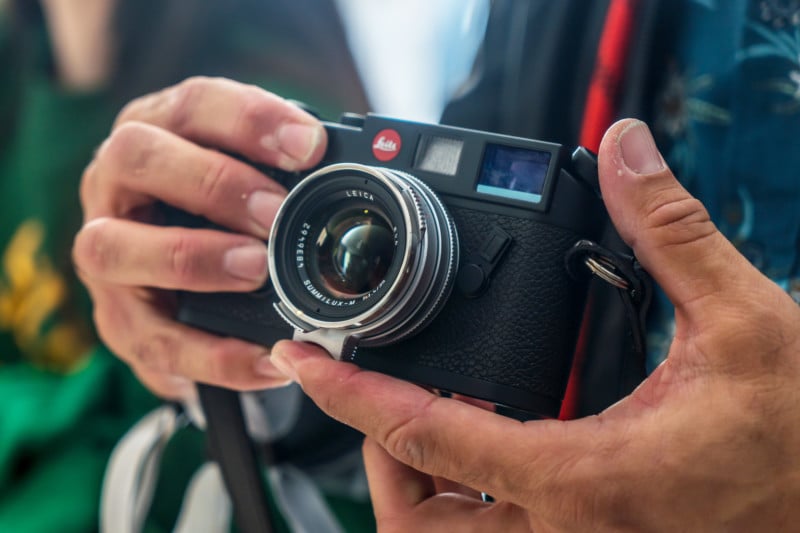 This is a modern take on the Leica M rangefinder with 0.72x magnification. The viewfinder is vintage Leica, with visible frame lines, plus red arrows for metering and a red dot in the middle when you’ve got the correct exposure by half-pressing the shutter. Admittedly, I’m not used to the parallax effect incumbent in how the M6 focuses, but figured it out very quickly, as it’s just a case of lining up the fainter part of the image with the subject until they match up and sharpen. There’s a good chance others who have never otherwise shot with a Leica or any rangefinder may find a learning curve with all this. 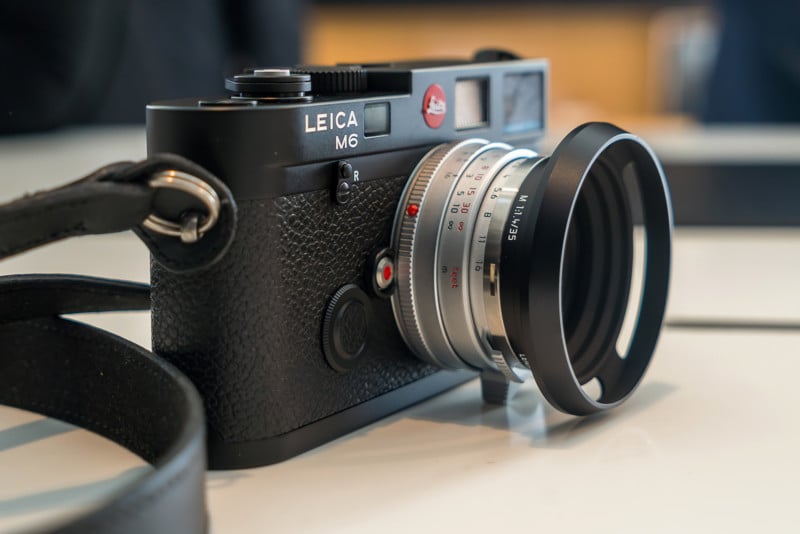 But that is also part of the camera’s charm. The average camera today is full of electronic components, whereas the 2022 M6 only sports one 3V battery for metering. There’s no on/off switch here either — it’s all mechanical, and thus, more rugged than it may initially appear considering the dearth of electronic components. Leica doesn’t call out any durability designations for the camera, though its pedigree for build quality should almost negate that anyway. Other than trying to not scuff it up, I was a little less concerned about bumping into something with it than I was with the Sony Alpha 7 III I was also lugging around.

Reimagining a Past Legend

The M6 always carried plenty of cachet as a legend in its own right, often credited with putting Leica back on track after the more controversial M5. Leica then discontinued it during the wobbly period in the early-2000s that almost spelled the company’s doom.

By today’s standards, the 2022 M6 misses things today’s photographers (of all stripes) take for granted. There’s no grip, yet the aluminum body felt sturdy and secure every time I held it. Shutter speed maxes out at 1/1000, just like the original did, so no going to 1/2000 or beyond. Naturally, there’s neither a rear screen nor a menu system, just a rewind lever and ISO wheel. There is no reason to remember to charge a battery or load up the right memory card. All the missing pieces divert focus over to the ones that are there, like the roll of film inside and the viewfinder.

With 36 shots in the one roll I had at my disposal, I had to carefully consider each shot I wanted to take so no frame went to waste; maybe that’s the digital photographer with a fat memory card talking. Maybe not. I took it as a challenge given there was no previewing images to correct mistakes, not to mention my shooting space was already limited.

Below are a few sample photos from my time with the camera: 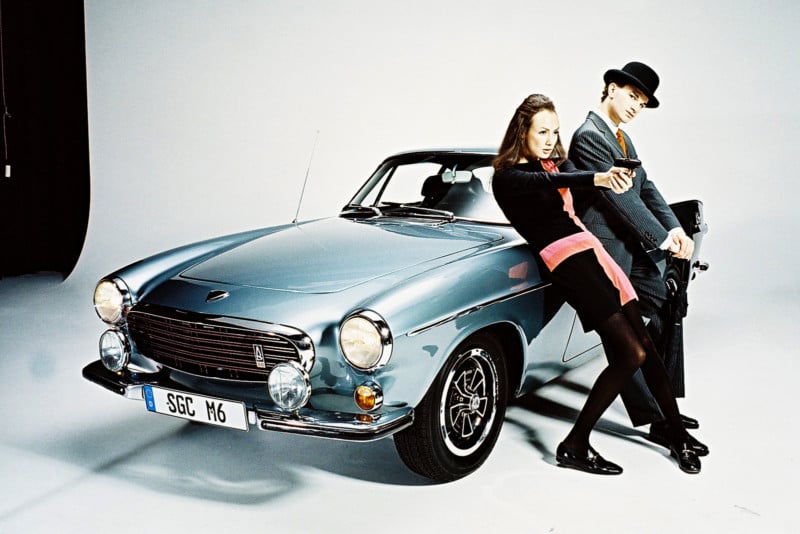 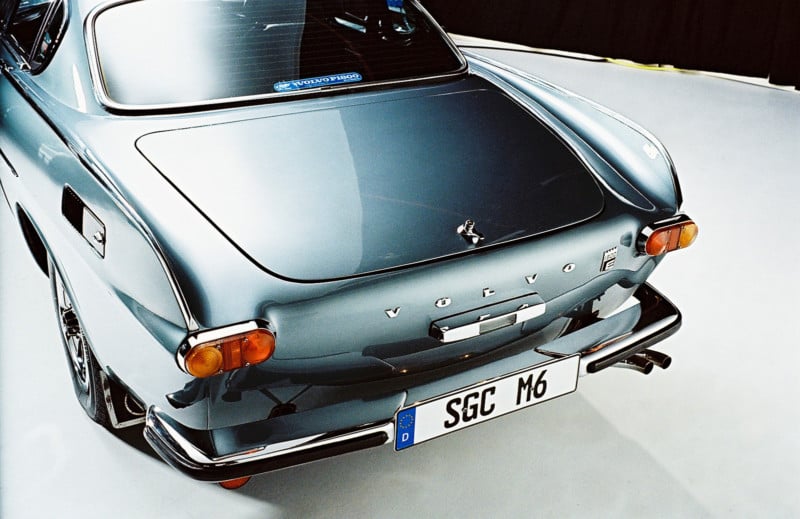 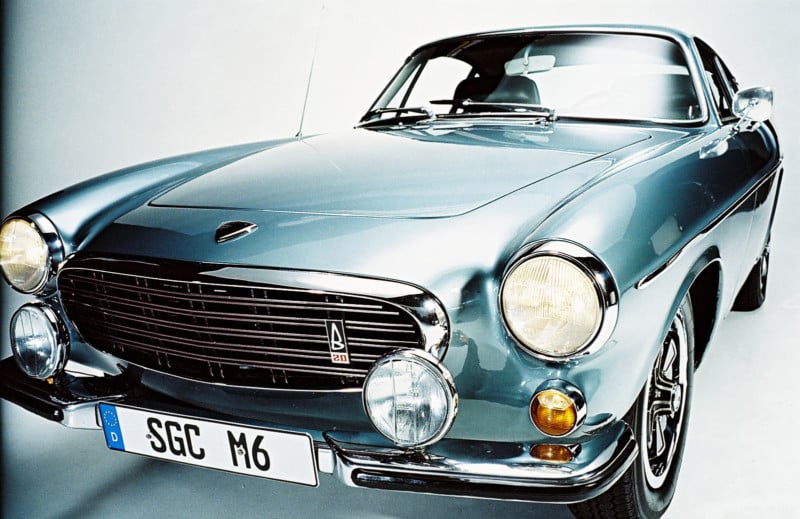 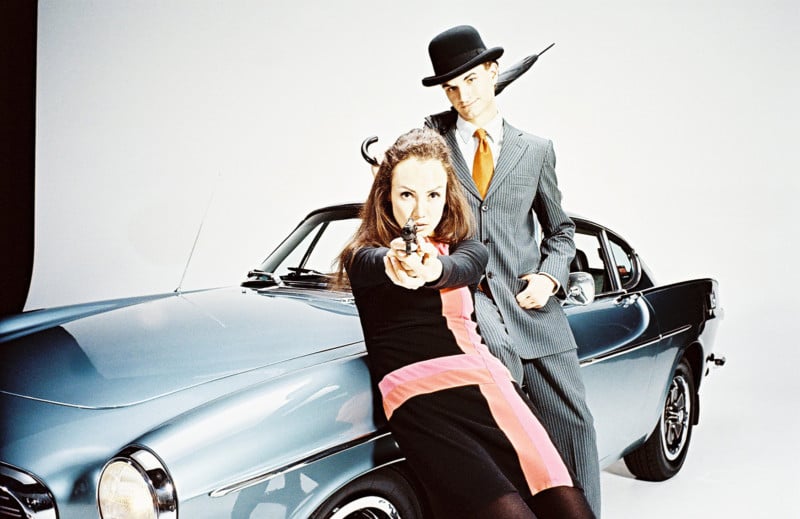 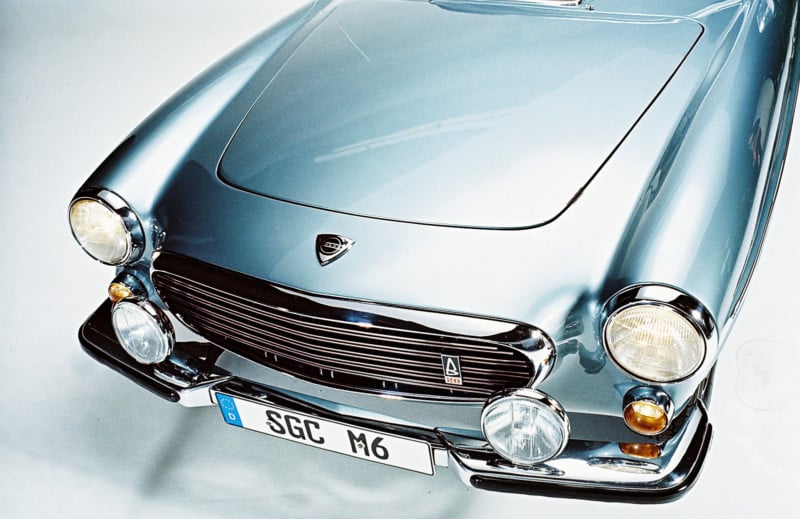 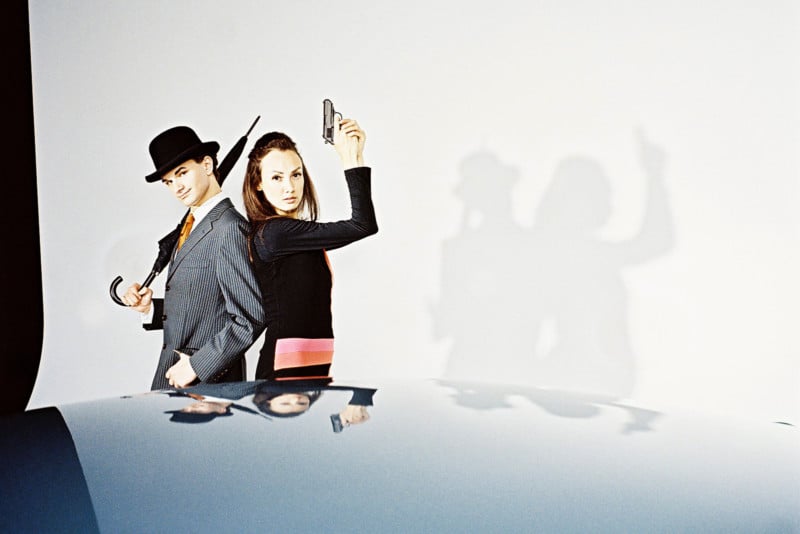 The shutter’s click is quiet and satisfying. When shooting, you’ll hear it and also feel how smooth it is. If you wanted that old-school Leica analog experience, this camera is definitely a throwback to that. I didn’t get the chance to shoot black and white, but saw others who did and the results were most impressive.

Along with the camera, Leica will also bring back the Summilux-M 35mm f/1.4 as part of its Classics line of reissued vintage lenses. This “legend” of a lens is supposed to be the “True King of Bokeh,” with a range of f/1.4 to f/16. It’s not designed specifically for film cameras, so you can always use it with Leica’s M-mount digital cameras, too.

I didn’t have enough of a variance in conditions to truly gauge how good it is, but based on the results in the few images I did get, the lens is sublime. Just as buttery smooth as the M6 itself, it was a pleasure to compose shots with, even if it felt a little different compared to other Leica lenses.

Almost 100 years on from when Oskar Barnack designed and built the first 35mm camera, analog photography is catching on again. Perhaps not a true comeback or renaissance for Leica, especially since it is quick to point out it continued making film cameras when others didn’t, the M6 feels like an opportune ode to the company’s legacy. 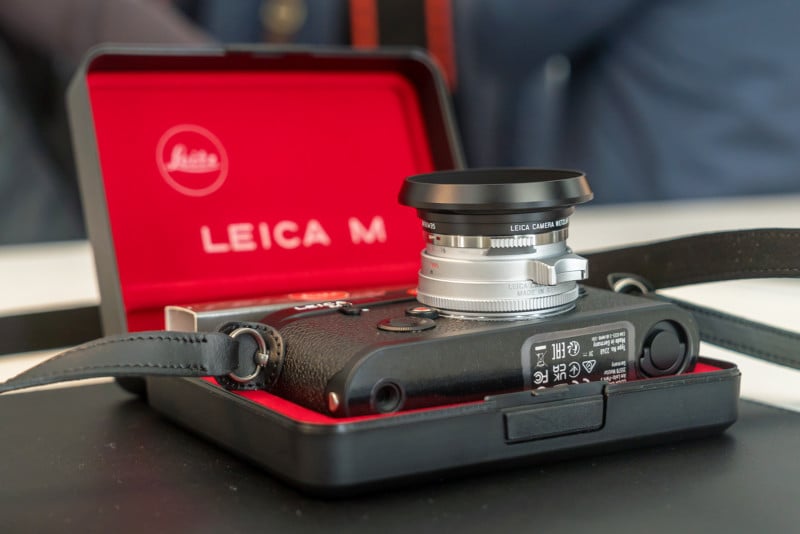 It will also come at a hefty price at $5,295 body-only, and its release on November 3 may also spur a surge in original Leica M6 cameras changing hands on the second-hand market. If you’re looking to throw in the Summilux-M lens, it’s another $3,895.