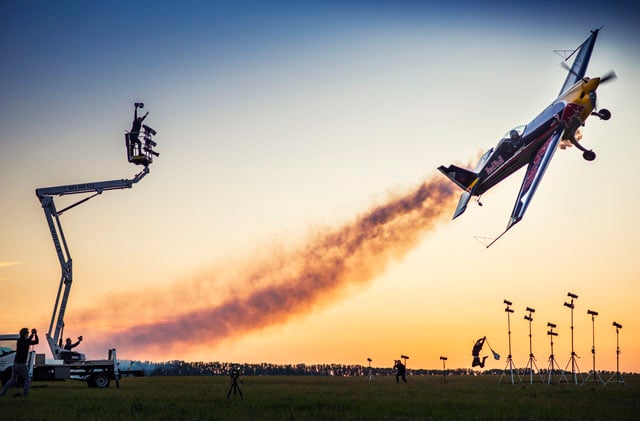 When photographing Czech aerobatics and fighter pilot Martin Šonka recently, photographer Dan Vojtěch wanted to capture the plane in a different light than other photographers have done in the past. He then decided that he would shoot the plane in motion, but light it like he would a studio photo using flashes firing around it.

“This is normal for shooting bikes or skateboards, but obviously not for an aeroplane,” Vojtěch writes.

He and his team set up the shoot at a small airport in Staré Město, Prague, Czech Republic. To light the airplane from above and below, Vojtěch mounted 15 strobes to a lift platform and 15 strobes on the ground below for 30 flashes total. 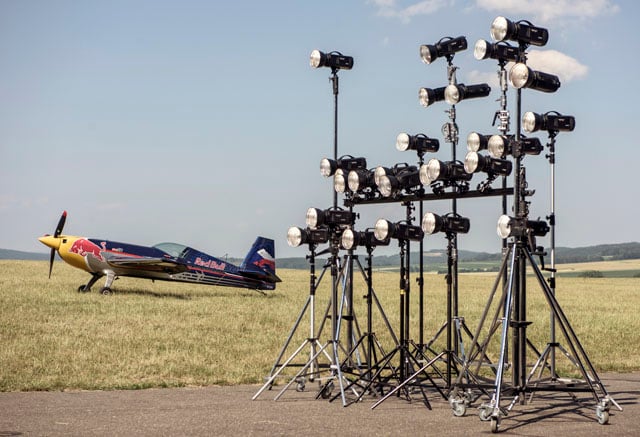 Vojtěch also had a number of extras in the scene that pretended to photograph and film the plane in order to create a “backstage look” to the photos.

Setting up was the easy part. For the actual photos, Šonka had to fly his airplane and its 9 meter wingspan through a tiny gap of 15 meters at 124mph. Since it was dark, the crew placed a 300 meter-long line of LED lights (along with some paper) to guide Šonka. 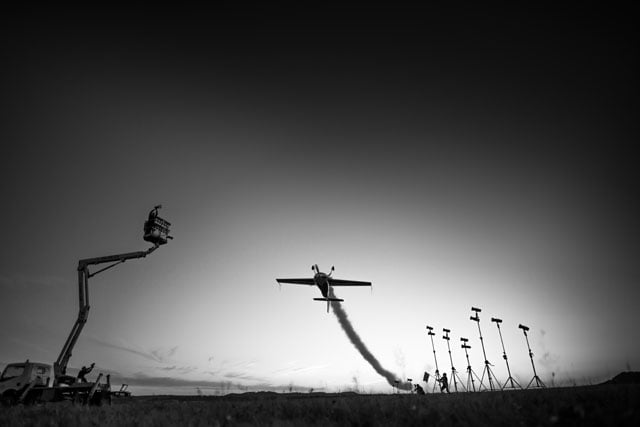 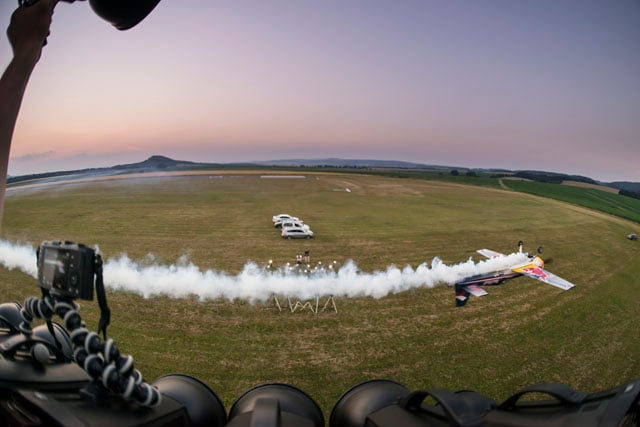 Here are some of the photographs that resulted: 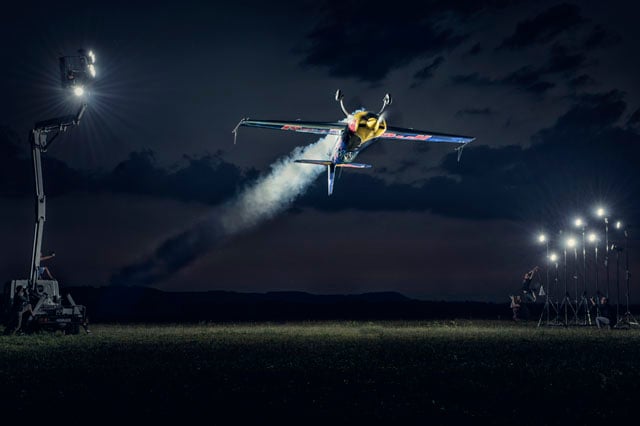 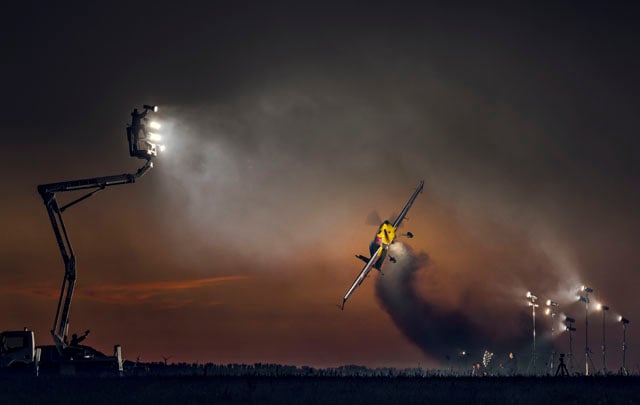 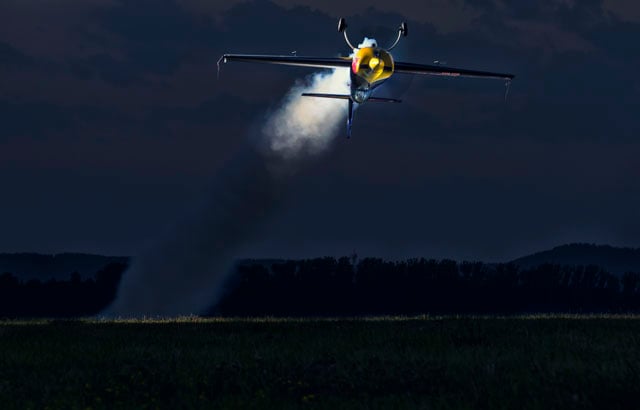 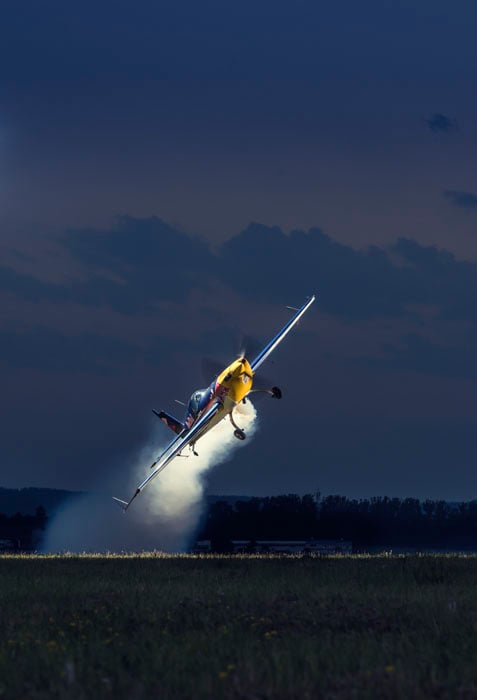 (via Red Bull via Fstoppers)

Use This Secret Code to View Hidden Info on Olympus Cameras

Humor: A Cameraman Boot Camp Before the Rugby World Cup