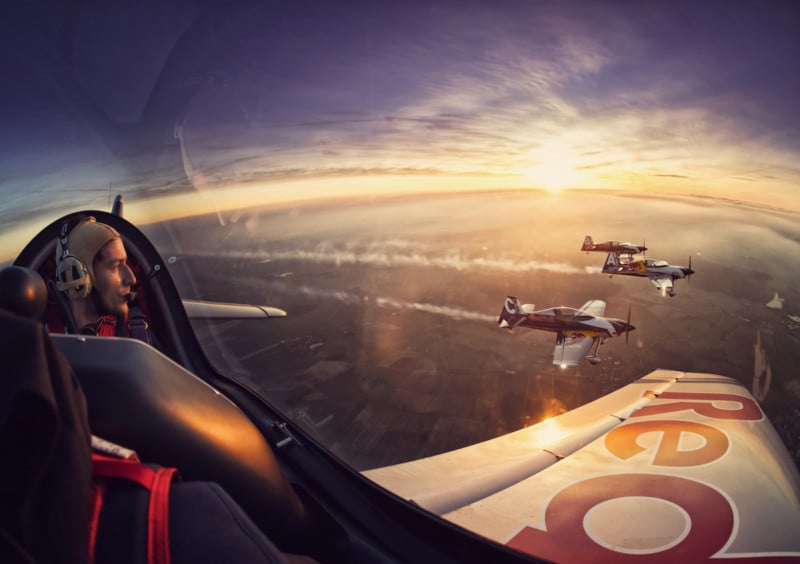 The pursuit of a “unique” shot is an obsession for some, not the least of all because many people think unique photos no longer exist. Everything, they say, has been done. Well… not everything.

“As photographer Dan Vojtech demonstrated in a recent photo shoot with Red Bull’s aerobatic flying team, the Flying Bulls, you can still take a unique photo. You just have to be willing to try something a bit crazy.

When Red Bull asked me to take portraits of their aerobatics flight team the Flying Bulls, I thought it was a great opportunity to do something interesting as well,” he told us when we caught up with him earlier today. “I had this idea of putting strobes inside an airplanes a long time ago, and I figured this was my chance.”

That’s right, strobes inside tiny aerobatic planes. That’s how he got the shot he’d been dreaming of for some time: 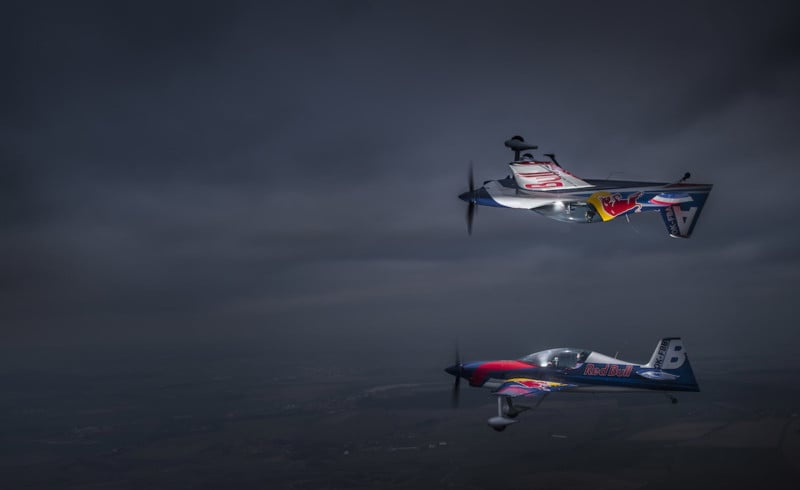 “I called their leader Stanislav Cejka and told him that I would like to shoot their famous mirror formation from a 3rd plane, with strobes inside the 2 others,” Dan told us. “He liked this idea, so we started planning.”

The first big challenge, Dan revealed, had to do with space:

“First of all, we had to figure out how to mount the strobe inside the plane,” he explained. “The Flying Bulls have two seat airplanes (Xtreme Air XA42’s), so we put each strobe on the front seat and fixed it there with the seat belt and some tape.”

Problem solved. Next, the obvious problem:

“Then we had to try it out, and see if the pilots were okay with the flash,” says Dan, “we needed to make sure it wouldn’t blind them.”

Even once they determined this would be okay, they still had to have contingency plans. If the flash fell, or if a pilot WAS blinded, they knew what they would do. It was time to get airborne and start shooting.

To hear Dan tell it, the shoot was fun. But it also sounds a bit terrifying:

“We were flying about 250kph,” he recalls. “At the closest, the planes in formation were just over 2m apart.” All the while Dan is instructing his pilot on positioning, angle, and the shots he’d like to get; he’s trying to nail focus and framing without being able to move; and, the most mysterious part for me, he’s keeping his lunch down.

Here are some more of the photos he captured while he was “flying with the bulls” so to speak: 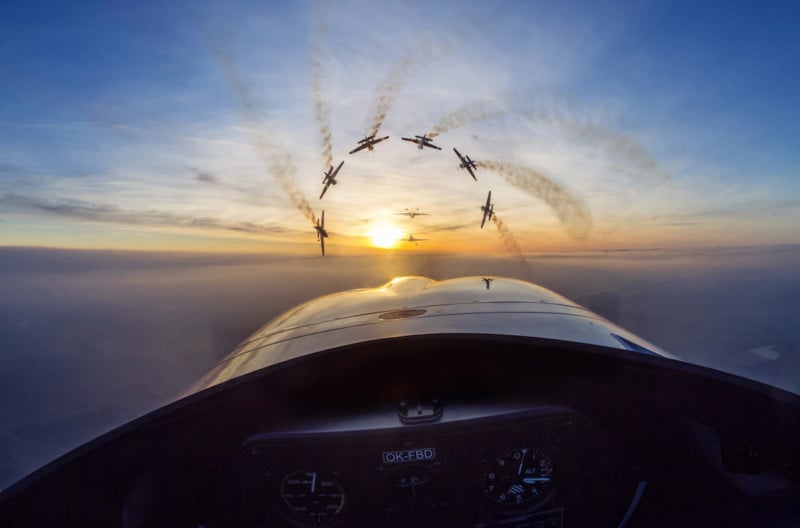 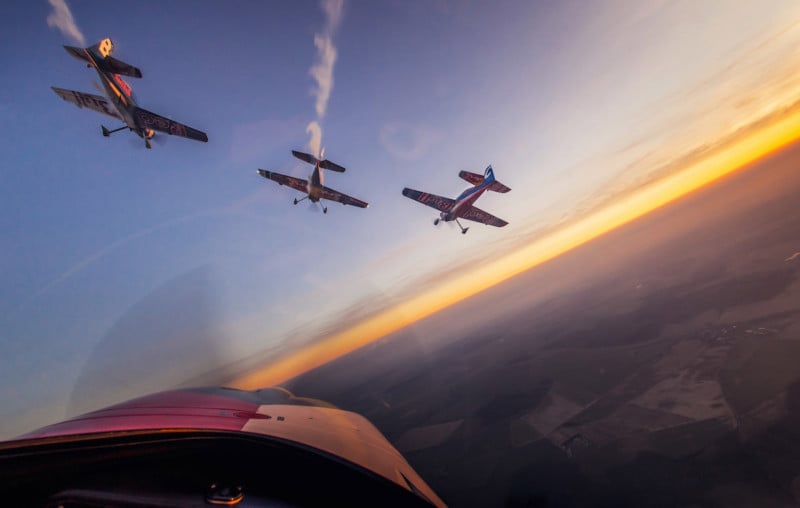 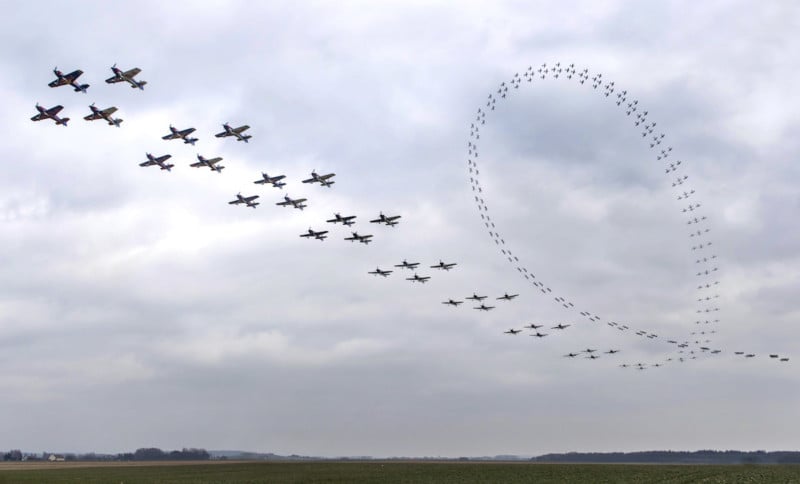 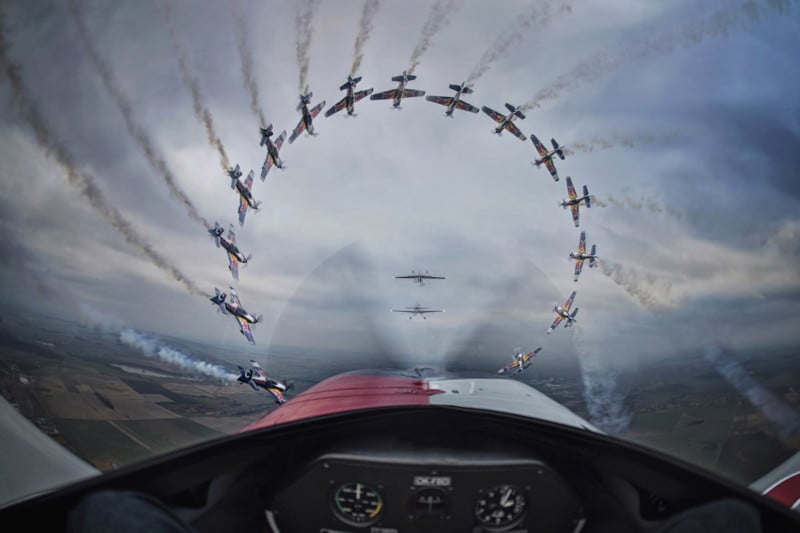 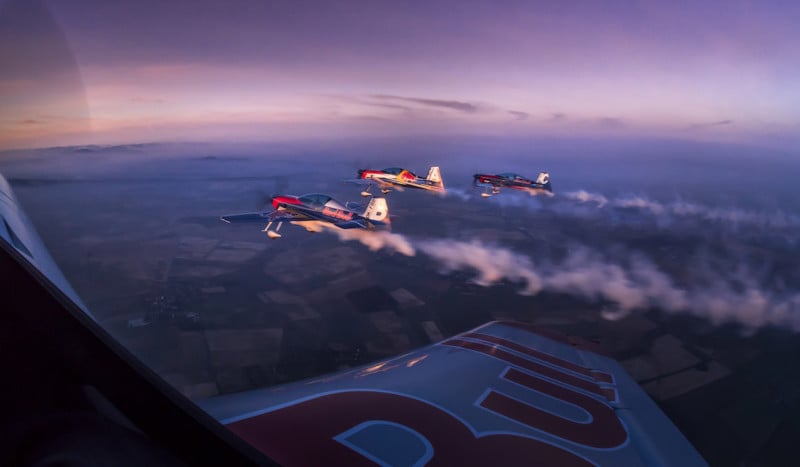 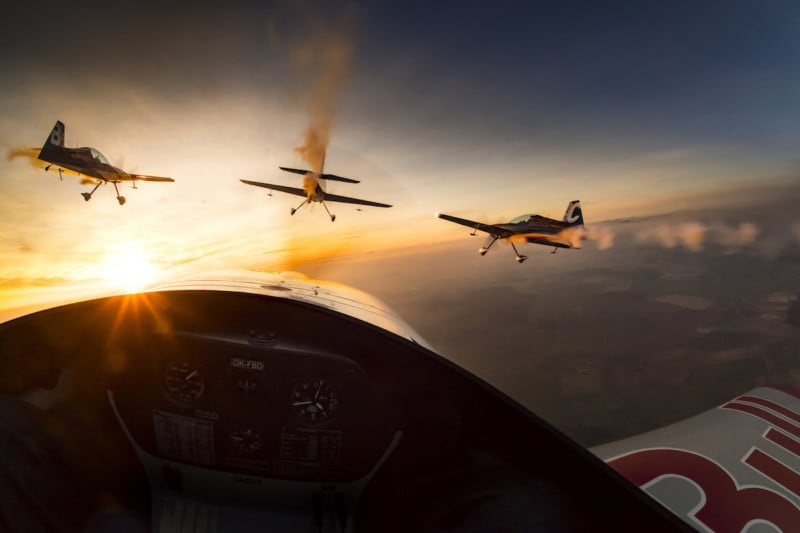 “I really liked this photo shoot because it was something completely new, and maybe it can inspire some other photographers,” he told us, wrapping up his story. “Plus, it was the best ‘office’ you can imagine!”

We bet it was! To see more of Dan’s work, visit his website or show him some love on Facebook.

Image credits: Photographs by Dan Vojtech and used with permission

DIY: How to Make Your Own Flash Diffuser for Macro Photography

Rumor: The Sony a7RIII May Boast an 80MP Sensor