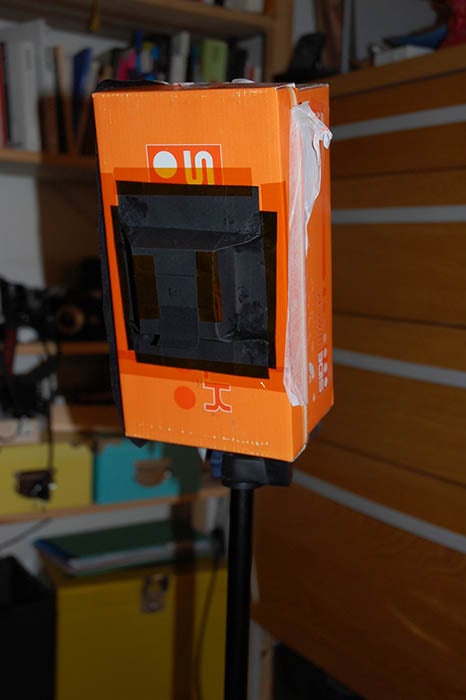 This camera is a poor man’s large format camera. It is made with a simple shoebox acting as a dark room. 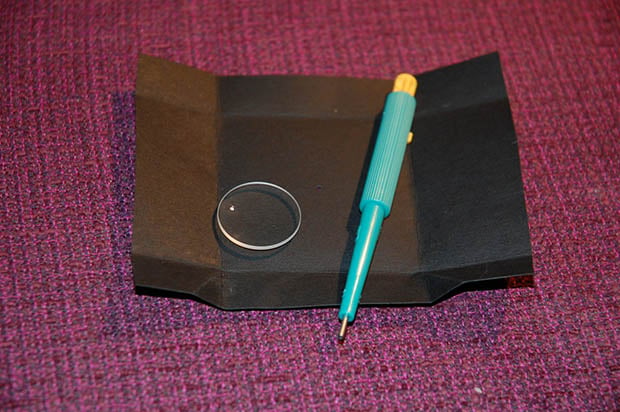 The lens is a simple glass meniscus (convergent lens) that I found in an old focal doubler. The lens has a focal length of 120mm and thus a large image circle. These simple lens gives large aberrations so once need to place a small aperture in front to minimize distortions of the image. 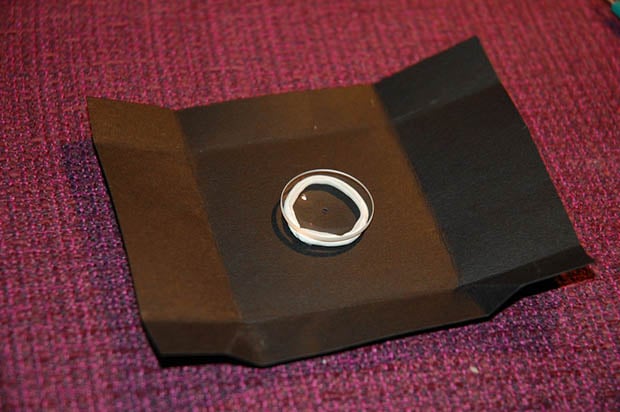 Then I use some black cardboard paper and punch it with a biopsie tool. The hole is 1.5mm in diameter that gives an aperture of f/90. It is something between a pinhole (f/150) and a camera with a real lens (f/64)

The lens is attached in front of the punched hole with some patafix (adhesive putty tabs). 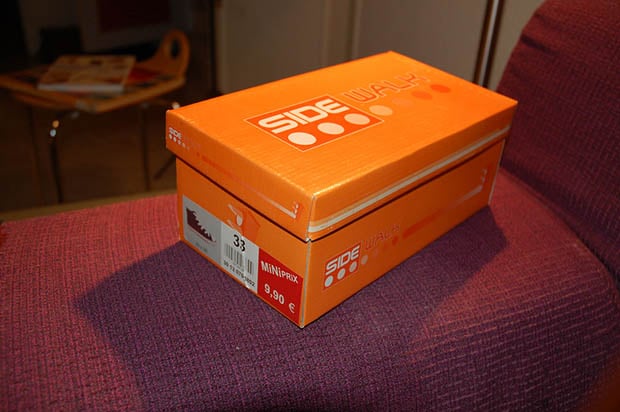 The camera is a simple box. I build it to have a distance of about 120mm between the lens and the back. The 10x15cm photo paper is attached in the back with patafix. It is loaded in red light. Photo paper has a sensitivity of about 6 ASA, so with the small aperture f/90, exposure time is quite long — about 30s for EV 11. The shutter is made with a simple piece of paper sliding in front of the hole.

The paper that has been pre-exposed 2s is developped and then scanned and inversed. The result is quite sharp compared with a standard pinhole: 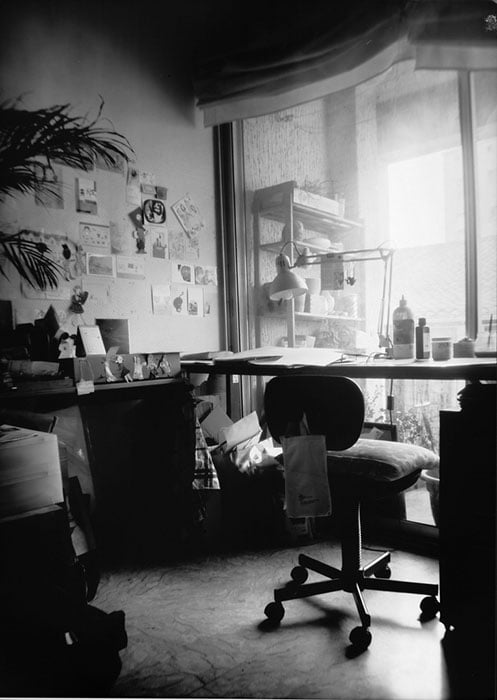 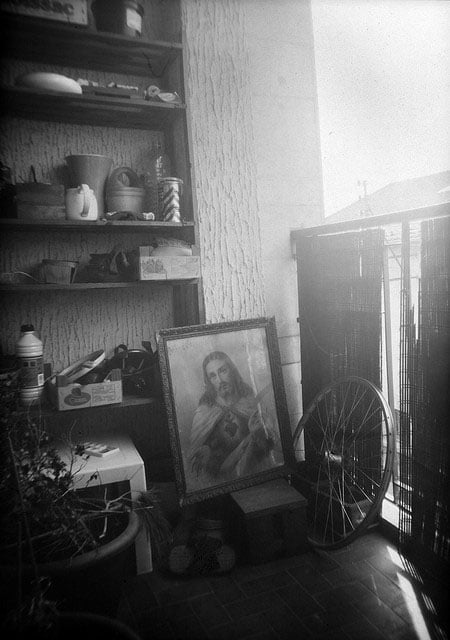 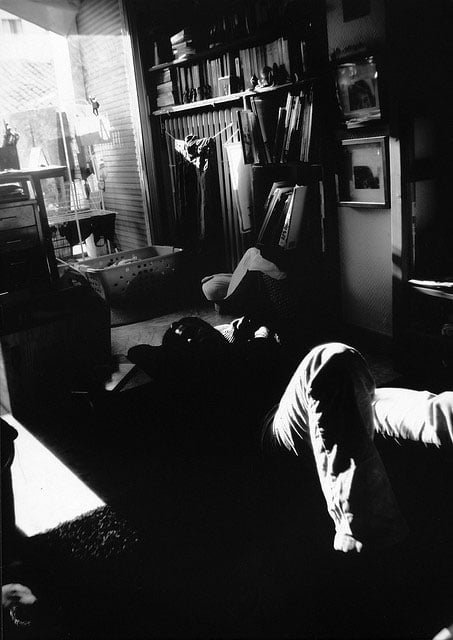 You can find a full set of sample photos in this Flickr set.

About the author: Benoit Charlot is a photographer based in Montpellier, France. Visit his website here. This post originally appeared here.