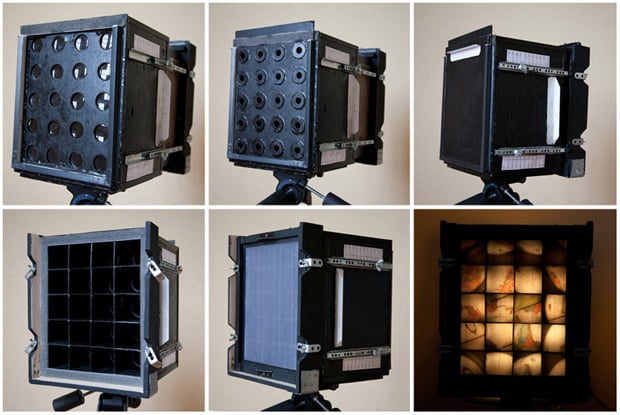 “When I saw the effects I could achieve with the pinhole multi-cell I decided to go and build a lensed version. I thought that the in focus and blurred areas would add another dimension and open up a world of original portraits,” says Guerin. 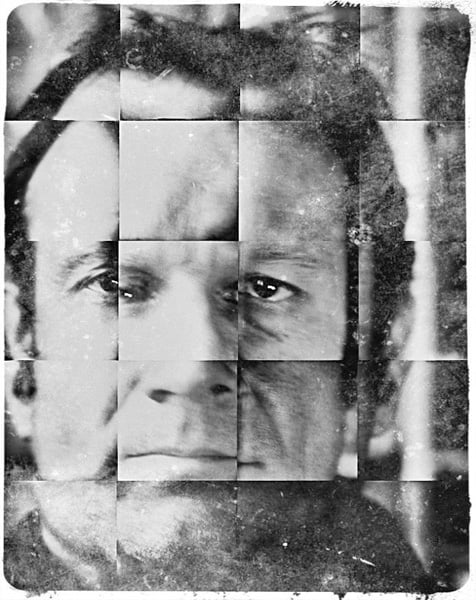 The added lenses (made of cheap plastic double convex) feature a focal length of 150mm, which are arranged in a grid, according to Guerin. “Due to the nested box design concertina style focusing is possible from a distance of 300mm (where 1:1 magnification is achieved) to approximately 550mm (overlapping of cells occurs).” 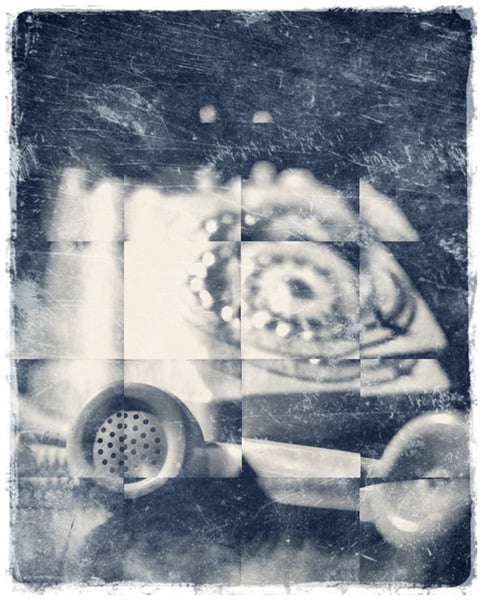 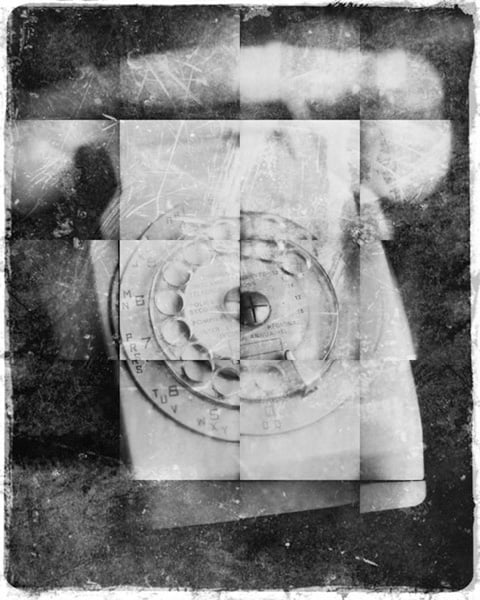 Guerin says that “accurate focusing is achieved with the aid of a simple ‘ground glass’  (perspex and scotch tape) and the shutter is a simple sliding plate.”

“I vary the aperture by placing custom ‘aperture plates’ that slide in front of the lenses. Of course the aperture changes depending on the focus draw, therefore I calculate my aperture for each shot by dividing the distance from lens to film by the diameter of my aperture disc (simple steel washers).” 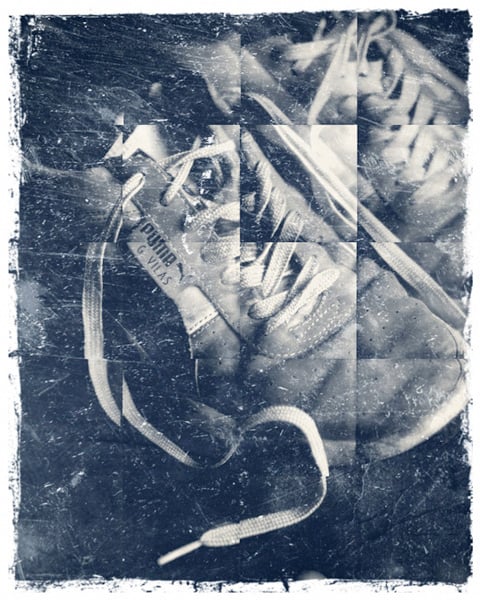 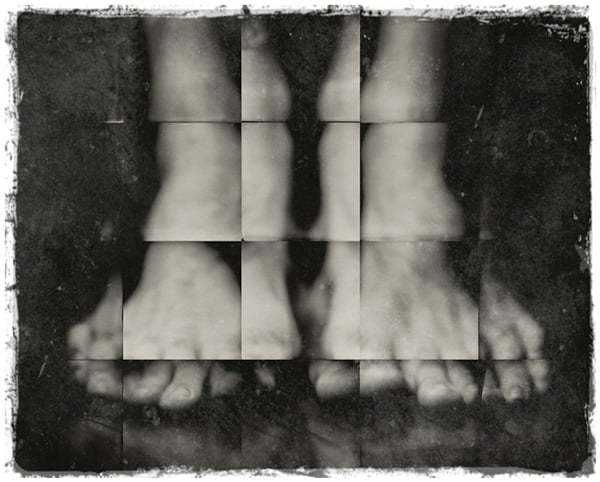 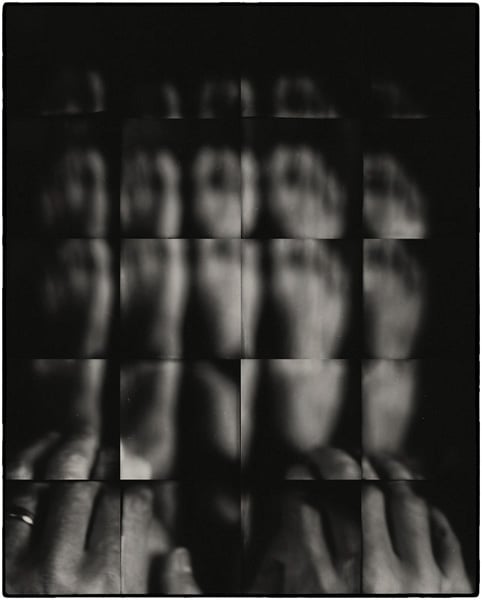 Guerin says that most of the pictures he’s taken on the camera so far have been on photographic paper. He hopes to shoot portraits using 8×10 x-ray film in the near future.

Image credits: Photographs by James Guerin and used with permission

Time-Lapse of One of the World’s Largest Fireworks Competitions