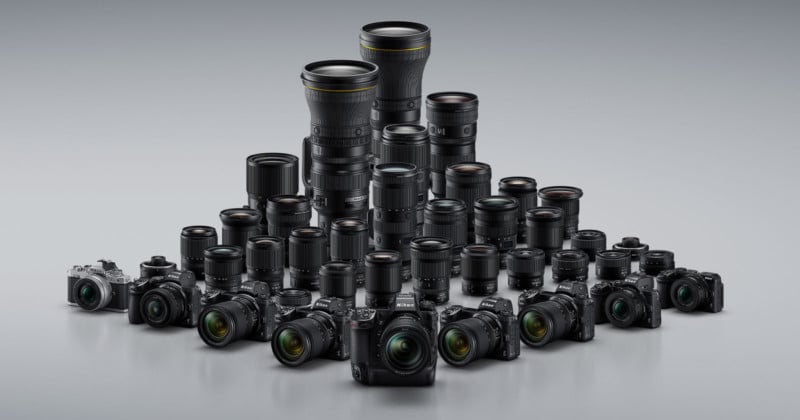 Nikon’s most recent lens roadmap reveals it is working on a new power zoom optic as well as hints at a budget “holy trinity” f/2.8 zoom series.

Nikon’s updated roadmap — below — includes some lenses that the company has mentioned before, such as an S-series 600mm, 135mm, 85mm, and 35mm, but adds a couple of newcomers that might be missed by those not paying close attention.

Firstly, the company added a DX series (Nikon’s term for lenses designed for APS-C cameras) 12-28mm PZ lens which is not only the widest focal length now listed on the roadmap, but also includes “PZ” which stands for “power zoom.” Power zoom lenses have been all but absent from most consumer-focused lenses up until recently when Sony started to add more of them to its robust E-mount lineup. 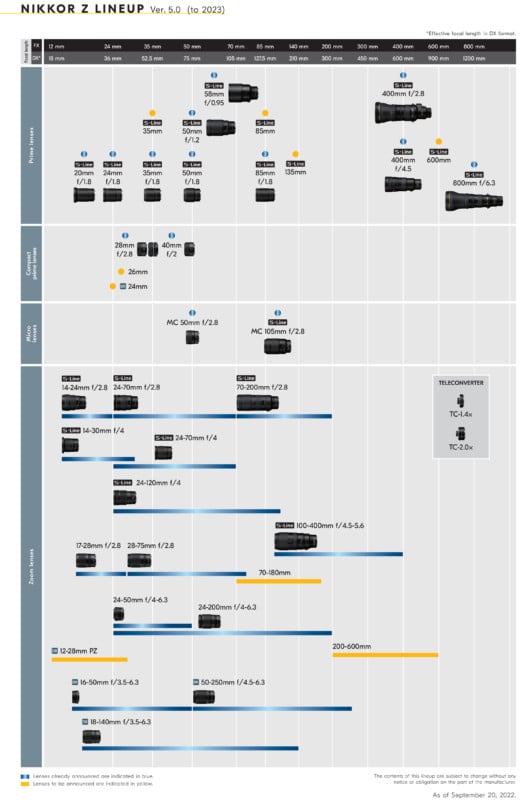 Power Zoom lenses are particularly useful for video production since in addition to digital control over aperture adjustments, these lenses can be zoomed remotely thanks to an included motor. Because it is controlled by a motor, smooth zooming operation can be achieved consistently, a task that is difficult with manual zoom lenses. Sony’s most recent addition to its power zoom line came in March with the 16-35mm f/4 PZ G lens. It and the older 28-135mm f/4 PZ are being positioned as ideal for the company’s new robotic FR7 cinema camera.

It’s not clear what Nikon’s goals are for cameras when it comes to robotics and compatibility with power zoom lenses, but the company is clearly getting into the space.

The other addition to the lens roadmap that is of interest is the inclusion of a 70-180mm lens. On it’s own, it might not be that interesting but it is the position of that lens on the roadmap where Nikon tipped its hand: it sits right next to the new 17-28mm f/2.8 and 28-75mm f/2.8 lenses. That placement suggests the 70-180mm lens will also share the f/2.8 aperture which would create a “holy trinity” of f/2.8 lenses that cover a range of 17mm through 180mm.

It’s not much of a stretch to think that Nikon’s 70-180mm lens will have a constant f/2.8 aperture either. Both the 17-28mm f/2.8 and 28-75mm f/2.8 lenses strongly resemble Tamron E-mount optics (leading to the belief that they are nothing more than rehoused lenses) and it just so happens that Tamron already produces a 70-180mm f/2.8 E-mount lens — the company launched that zoom in April of 2020. If Nikon continues its trajectory of rehousing Tamron lenses, it’s only a matter of time before that 70-180mm f/2.8 Di III VXD makes an appearance as a Nikon lens.