Sony has announced the 16-35mm f/4 Power Zoom (PZ) lens, a G Series (not G Master) zoom that promises highly responsive and comfortable operability with the zoom ring and can be controlled by the lens, by the camera, or by a remote.

It wouldn’t be a Sony lens without a world’s first of some kind, and Sony’s latest lens weighs 353 grams, making it the world’s lightest f/4 wide zoom lens. The 16-35mm f/4 is constructed of 13 elements in 12 groups and features two AA lenses, one aspherical lens, one ED aspherical lens, one super ED lens, and one ED lens. This means that nearly half of the elements are of some specialized nature to control its rendering, aberrations, and distortion, and only two of them are paired to a group.

Thanks to the use of AA elements, Sony says its advanced optical design ensures excellent close-up performance through the zoom range: a minimum focusing distance of 0.28 and 0.24 meters at both ends respectively, and a 0.23x max magnification ratio. Additionally, an optimized coating effectively suppresses flare and ghosting for clear, well-defined images. 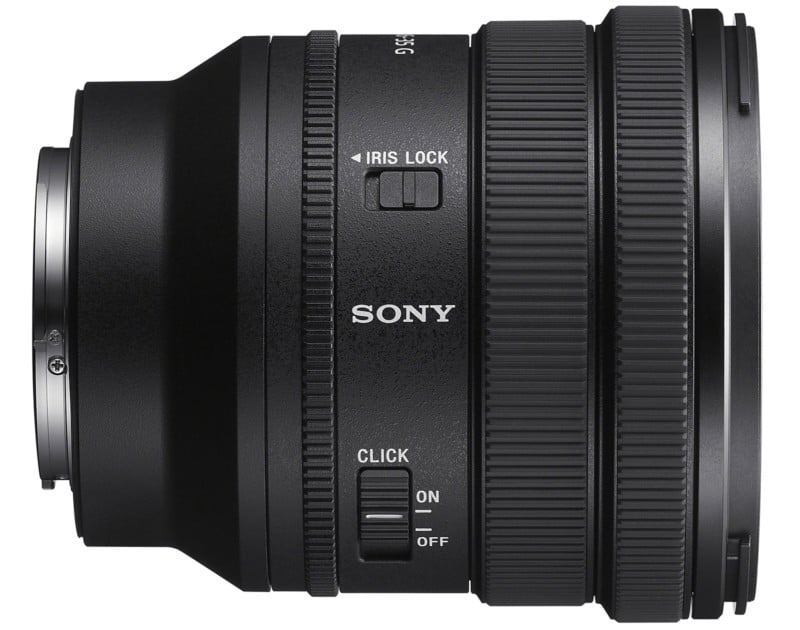 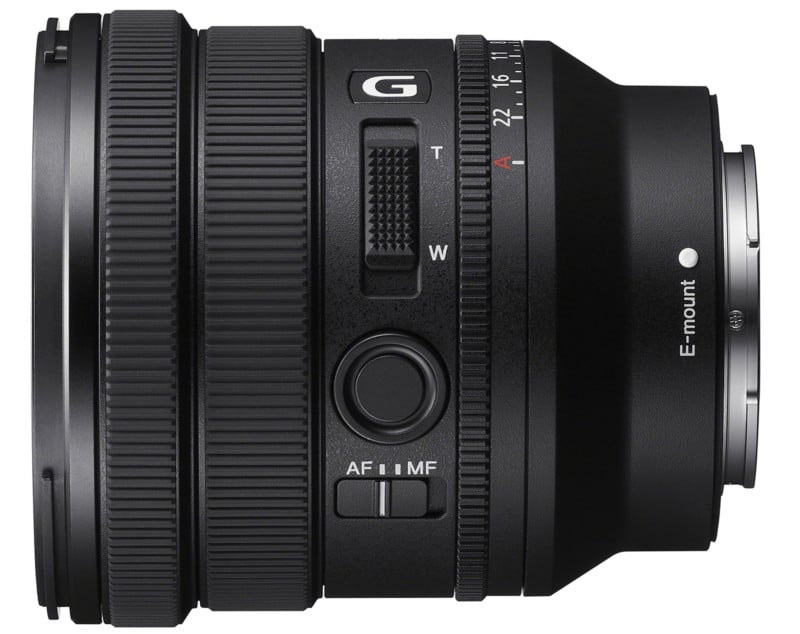 The 16-35mm f/4 PZ has a seven-bladed aperture and what Sony says is carefully designed control of spherical aberration makes for what it promises is smooth and deep full-frame out of focus areas.

Innovative Use of XD Linear Motors

Autofocus is also driven by two XD Linear motors which Sony says continue the expected performance found in other optics using the technology for fast, responsive, and smooth focusing. Sony says that with the flagship Alpha 1 body it is possible to maintain accurate focus while shooting stills continuously at up to 30 frames per second and up to 120 frames per second in video. 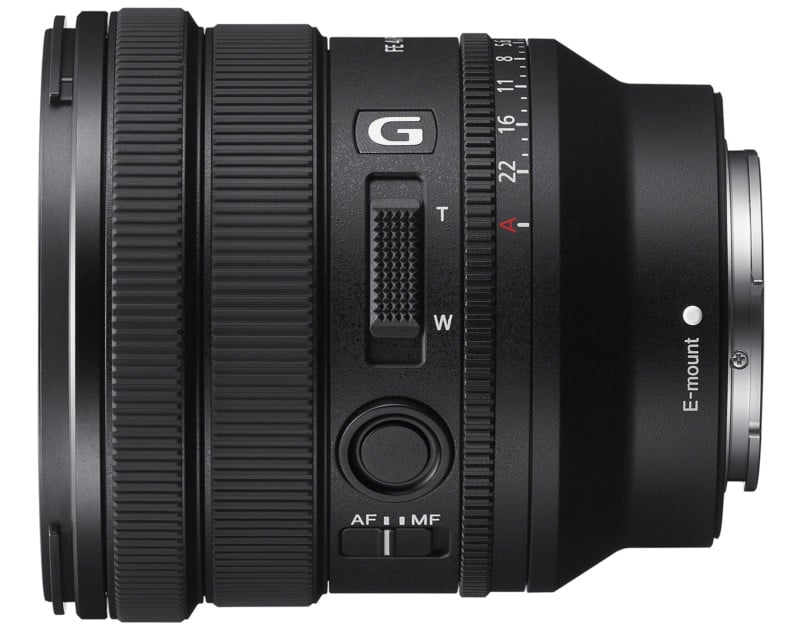 The FE PZ 16-35mm F4 G includes the Iris Lock Switch that can be engaged to prevent the aperture ring from being accidentally moved between the auto and f/4 to f/22 settings and the customizable focus hold button.