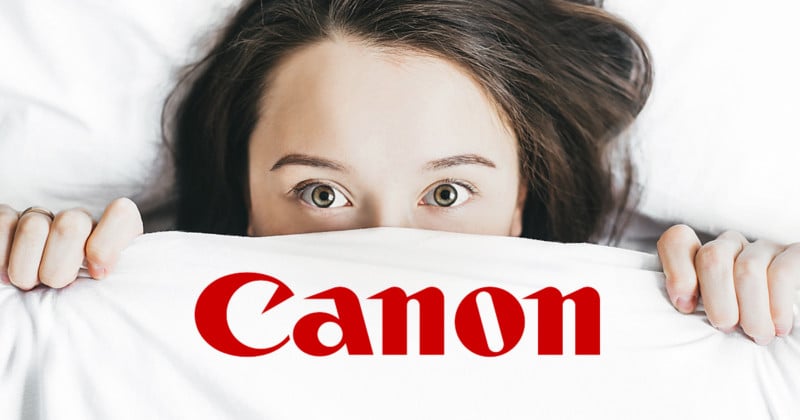 Last night we got our first official glance at Canon’s vision for their future in the R5 development announcement, and it looks to finally be an example of full-frame mirrorless taken seriously. In a morning discussion here at PetaPixel, the question was raised: why did Canon just now decide to wake up?

I have a theory on that matter.

Late last year, I published a State of RF Mount editorial that looked at what Canon did in their first year with the new mount. I encourage you to read that here, but in short, I said they did a very good job focusing on a strategy that was very clearly optics first, cameras second. I think Canon chose this route because they have the flexibility to do so, while other companies may not.

Canon has a strongly diversified business model as well as a huge entrenchment in entry-level DSLRs. Even with Sony’s explosion in popularity over the past five years, they have not yet overtaken Canon’s mammoth market share in all digital cameras. Sure, they’re winning in full-frame and certainly ahead in mirrorless, but if you look at total digital camera sales, Canon is still king.

That’s a hell of a cushion to sit back on, and even with their slow start into mirrorless, Canon has been able to continue to make profits based on what we, folks who pay the closest attention to this market, would consider to be old and outdated technology. The fact of the matter is, Canon has huge brand power and desirability among the general population, even if their technology hasn’t been top of the industry for several years.

That popularity is waning, of course, but the amount of time Canon had to decide on a strategy and implement it was much longer than it was for a brand like Nikon, who had a major hiccup with their Key Mission action cameras that set them back financially and who isn’t as diversified in product nearly to the degree Canon is. So while Nikon came out with what they thought would be two “professional level” mirrorless cameras at the end of 2018, Canon didn’t.

Canon didn’t even hype the EOS R as a great camera, only as a stepping stone towards what they saw as the real value: the RF mount.

So for an entire year, Canon was able to focus entirely on making high-quality lenses for a system that hasn’t been popular among high-end enthusiasts and pros, biding their time so that when they did choose to release a powerful camera like the R5 is shaping up to be, there would be a robust lens lineup there immediately to back it up.

Since the RF mount is still a closed system, there is no reliance on third-party manufacturers to help make that transition easier. Canon decided to do it all on their own, and I argue have done an excellent job setting up that system for success once there was a camera body there to take advantage of it.

Another reason Canon did not move more swiftly in general camera prowess is more of a hunch based on various conversations with industry folks over the last several years. I haven’t been able to get a 100% verification of what I’m about to say because very few like to talk about it, but it’s something to think about.

Canon hasn’t had the best processors in their cameras for a while. They haven’t been capable of doing full-frame readout in 4K, for example, until the 1D X Mark III while multiple other companies have managed it and more for far longer. I only mention video because aside from dealing with heat, the stress of doing something like a full-frame readout of 4K video is extremely hard on a processor — if yours is not up to the task, it simply isn’t possible. 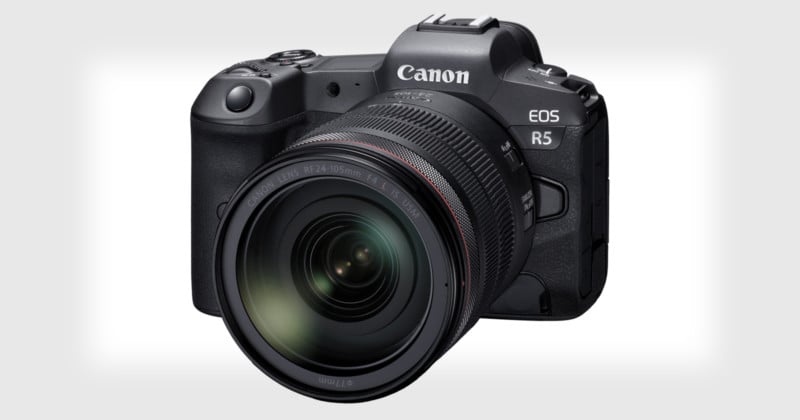 Even the 1D X Mark II only had the ability to do 4K in a crop format, and it had two processors working together in that body to make that happen.

I will cite a conversation I had with a Canon representative at the EOS R launch in Maui, where I asked him why the EOS R seemed to be underpowered compared to the market and certainly to the much older 1D X Mark II. He said to remember that the 1D X Mark II had two processors and that is “what makes that possible” for that camera. Meanwhile, across the aisle, Sony was putting full-frame readout in its a7 Mark III, a camera with a much lower price point ($1,800 vs $2,300).

I think Canon had an internal issue in their processor department that set them back years, and I think it happened well before the launch of the 5D Mark IV, a camera viewed to have been a weak and incremental update over the predecessor. Whether it was a stunted research and development team or something as simple as losing a leader or chief mind in that department, they’ve been behind. Until the 1D X Mark III and now with the R5, there have been minimal changes to their cameras’ features that could be done with a single processor.

Just look at what the 5D Mark IV and the EOS R can do with their single processor: not a lot. But now we’re jumping to 8Kp30 in the R5? You don’t completely overhaul an entire system across the board in one year like that. I think Canon’s sensors have been capable of more strain for some time, but their processors have not. Now that they have finally solved that processor problem, the possibilities with their cameras have seemingly skyrocketed.

Overall, I think that the reason Canon has taken so long to “wake up” is a mixture of decision-making choices driven by complete knowledge of their limitations. Canon executives move slowly to begin with, but coupled with a lackluster processor division, they slowed even further. Their goal was to give that team enough time to catch up with the competition while making the right decisions to stay relevant enough so that when the time came, they could act swiftly and with flair.

The R5 is what I believe to be the second camera in just the beginning of what Canon is capable of. Now that I think Canon’s entire business operation is producing top-tier parts, we can expect them to give Sony a run for their money in nearly every regard.