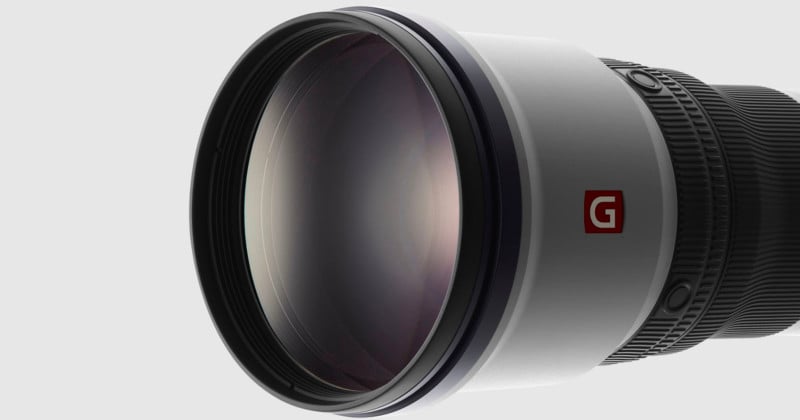 Sony has revealed that it is developing a new 300mm f/2.8 G Master lens, but photographers won’t be able to get their hands on it until early next year.

Sony was not able to provide any other information about the lens other than it will release it, which includes no information on size, weight, or intended price (or even a price range). The company declined to comment on any possible features of the lens and provided no photos or renders of what it might look like. Sony didn’t specify more on the release window either, only going so far as to say “early calendar year 2024.”

The intention to create a lens type of announcement is not unprecedented, but the amount of time photographers are expected to wait before they can get their hands on it certainly is. For comparison, Tamron and Nikon regularly make lens development announcements but do so with a far shorter lead time.

Nikon, for example, just did a development announcement last week for the 85mm f/1.2 S and the 26mm f/2.8. In Nikon’s case, the 85mm is pretty far along and should come to market quite soon, given that the company was willing to show it to PetaPixel at CES.

That’s what makes Sony’s development announcement so unusual: the company isn’t providing any information on the lens other than the name. Additionally, the timeline for its release is at least a year away.

When this was brought up, Sony responded that it has made announcements like this before. Specifically, in 2017 Sony did a similar announcement for the 400mm in the fall which eventually came out in the summer of 2018. While similar, that particular example is still a far cry from a year-long wait.

What might be inferred from how Sony is handling this is that the timing lines up nicely for the 2024 Olympics. Looking back at Sony’s 2017 example, the 40mm lens was announced because the 2018 Olympics were coming up and it was highly likely that the company wanted shooters to not abandon the platform for a competitor. This year, photographers will begin their process of acquiring the gear they want to use at the 2024 Olympics, and Sony likely doesn’t want them feel like they’ll have to go elsewhere if a 300mm f/2.8 is a must-have optic. Perhaps it will come to market along with a new Alpha 9.

Whatever the case, don’t expect more information on the Sony 300mm f/2.8 G Master for some time.