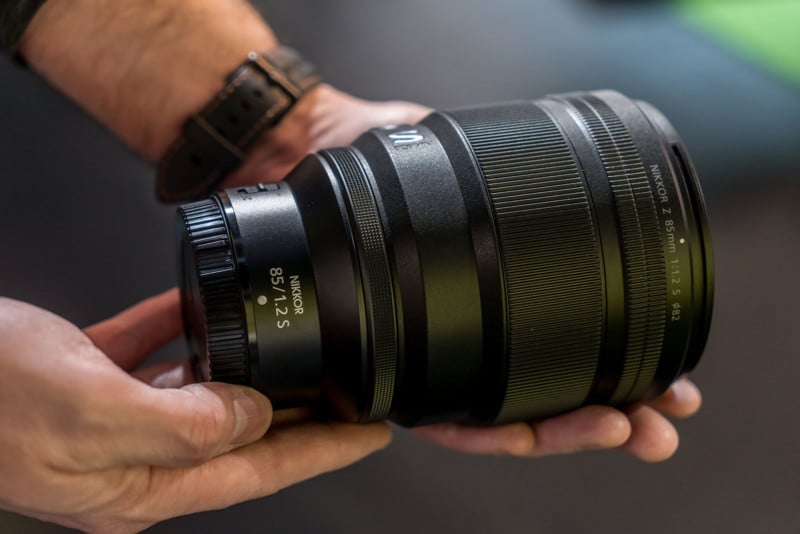 Yesterday, Nikon revealed that it was developing a new 85mm f/1.2 S lens for its Z-mount mirrorless cameras, and PetaPixel was able to get some literal hands-on time with the optic, which shows that the new lens is quite the handful.

PetaPixel’s Ted Kritsonis met up with Nikon at this year’s CES show in Las Vegas where the company showed that the lens is very far along in the development cycle. So far along, in fact, that the company had a pre-production model that it was able to show him.

While he wasn’t permitted to take any photos with the lens since it is still a bit too early, Kritsonis was able to hold the lens to provide a bit of context of how big the optic is — and it is quite large. 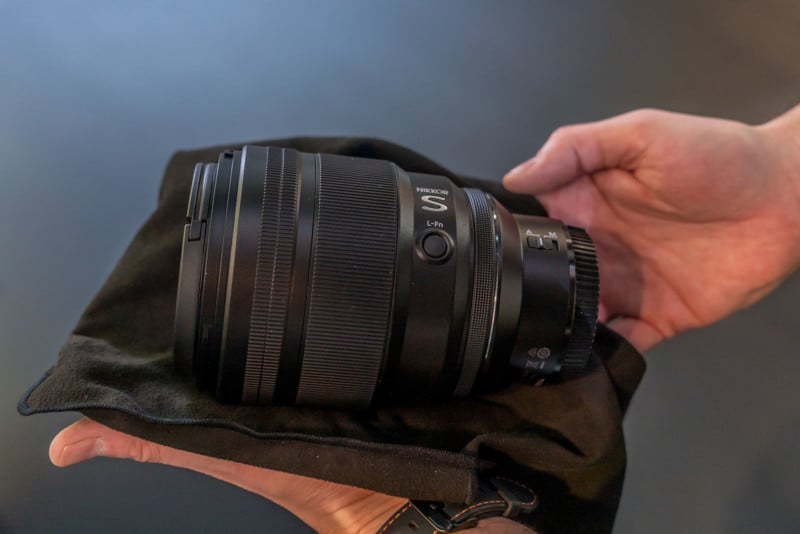 The multiple angles also show that it features a focus ring, L-Fn button, a secondary ring near the base of the lens (presumably for aperture control), as well as a physical auto and manual focus switch.

The Nikkor Z 85mm f/1.2 S also features an 82mm front filter thread, which provides additional context for how large the new optic is, beyond the heft of it in hand.

“The Nikkor Z 85mm f/1.2 S [is] a fast-mid-telephoto prime lens that will become a must-have for those capturing portraits, especially for weddings, events, and fashion,” Nikon says. “Everything you capture with this lens will look elegant and glamorous.” 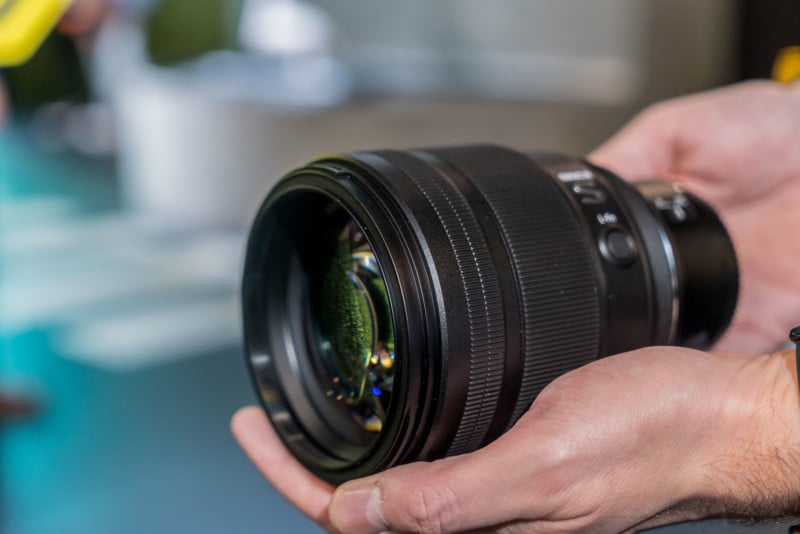 For more information on the Nikkor 85mm f/1.2 S, make sure to check out PetaPixel’s original coverage of the lens from yesterday, which includes a second in-development lens, the Nikkor Z 26mm f/2.8.

Nikon has not provided any concrete information on when the lens is set to be officially announced nor has it said when to expect it to hit store shelves or how much it will cost when it does. But given that the Nikkor Z 85mm f/1.2 S is far enough along in its development cycle that the company was comfortable allowing Kritsonis to hold and photograph it, Nikon’s promise of “soon” may be just around the corner.