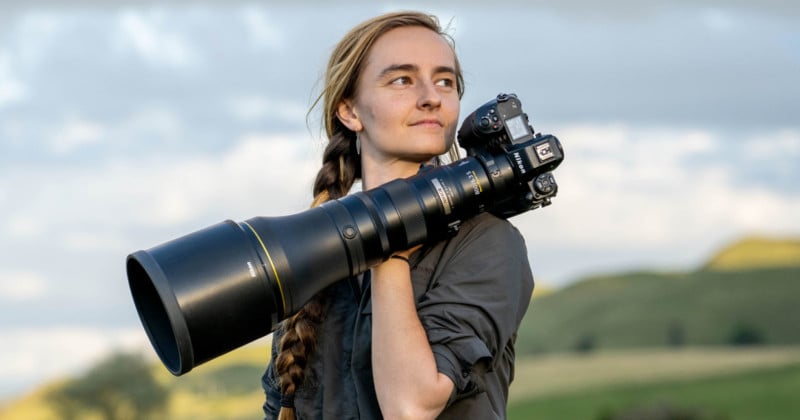 Nikon recently released its annual results which are a key metric in determining how well the manufacturer is doing both in terms of short-term finances as well as implementing its medium-term strategy. The quick takeaway is that it’s making more money, but that camera market share is worryingly low. What does this mean for it going forward?

Nikon had a difficult time both as a camera manufacturer and — more broadly — as a corporation, over the last decade. As I noted earlier this year, Nikon appears to be caught in a “perfect storm” and is trying to “do a Houdini” in order to extricate itself from the difficulties it now finds itself in.

Having led the industry to the first fully-integrated, single-manufacturer, DSLR in the form of the D1, it subsequently misstepped in two ways.

Firstly, its Imaging Division assumed that the DSLR was all-conquering and that mirrorless cameras would only suit the compact, lower value, market. On face value, this seemed like a reasonable proposition when it released the 1 System in 2011. Pocketable, interchangeable lens cameras (ILCs), were an interesting aside. Until, that is, Sony released the Alpha 7 and the balance of power increasingly swung toward the mirrorless camera. The timing was unfortunate, as Nikon’s revenue peaked in 2013 at ¥1,010 billion ($8.78B), suggesting the DSLR boom would continue. The intervening years clearly show this wasn’t the case.

Secondly, Nikon’s situation was exacerbated by over-reliance on its Imaging Division. In 2013, 75% of revenue came from it and, as camera sales imploded, so Nikon’s problems multiplied. The end goal has been to make Imaging profitable again and diversify its business so that it isn’t over-reliant on any single sector; this is the strategy it has been pursuing since around 2015.

Nikon’s Year in a Nutshell

Nikon’s game plan has been to cut the 1 System, dramatically cut compact camera production, gradually shutter DSLR camera and lens production, and roll out its Z-System. The key to success is grabbing market share in the expanding mirrorless market, however, this is something it has struggled to do. It hasn’t helped that COVID-related production closures have impacted manufacturing, along with parts shortages. And while consumers went away during lockdown, there is now a surge in demand for top-end models. So how has it fared over the last year?

Perhaps crucially, it is seeing a post-COVID bounce with revenue rising to ¥540 billion, up from ¥450 billion last year, but slightly down on forecasts. Importantly, operating profit ran at ¥50 billion and is now back in the black having been a ¥56 billion loss last year. Nikon should be congratulated for its austere cost-cutting in order to recover its position.

More importantly for the photography community, how is the Imaging Division doing? Revenue hit ¥178 billion, up from ¥150 billion last year, and represents 33% of the business, slightly down compared to last year. Profits have recovered (¥19 billion) and Imaging appears to have shed its losses and is now contributing fully to the bottom line. The Precision Equipment Division remains the single largest group at Nikon (39%) and has a healthy operating profit.

In terms of detail, Nikon reduced shipments of its compact cameras from 260,000 last year to 190,000 this year. Back in 2016, Nikon shipped over three million units, so this represents a significant shift and reflects the changing nature of the consumer market. In short, compact cameras have become a niche — and increasingly high-value — product category.

For ILCs, Nikon reports shipping 700,000 units (from a market of 5.12 million), about 13% of the market. Significantly this is a reduction on last year (from 840,000), even though revenue and profits are up. The most important aspect is the split between DSLR and mirrorless models, unfortunately, Nikon doesn’t provide this level of detail which makes it more difficult to ascertain how its mirrorless strategy is performing. We do know from the BCN Awards that Nikon failed to register in the top three for mirrorless market sales in Japan which means it had less than a 13% share, while its DSLR share dropped to 34%.

Tellingly, Nikon reports that parts shortages are — at least in part — responsible for the drop in shipments, primarily affecting their DSLR range. This would account for the decrease that BCN Awards notes and doesn’t bode well for shipments over the coming year. What does this mean for its mirrorless shipments? We do know that the Z9 is selling well in North America, however this is a small market segment in which the Z9 is really the only fully-fledged pro-body and — as I’ve noted before — reflects a low monthly output of around 3,500 units.

Back in 2020, Nikon had an estimated 8% mirrorless market share, representing about 250,000 units and, on face value, this doesn’t appear to have changed very much. DSLRs have the lion’s share of their ILC shipments and it is troubling that parts shortages are hitting their production. While Nikon is desperate to sell more mirrorless cameras, its DSLRs are still a significant source of revenue. That said, it explicitly notes that mirrorless sales grew in the pro/hobbyist segment, although quite how that relates to overall sales volume is difficult to know. The increase in revenue and profit has been successful because of a positive foreign exchange and an increase in the average selling price (reflecting selling higher-value models and price increases).

Nikon’s short-term goals are to increase revenue to ¥620 billion which would finally allow it to recover to pre-COVID levels. Imaging is expected to hit ¥210 billion on the back of mirrorless sales and foreign exchange impacts. This limited revenue growth partly reflects continuing supply chain problems for DSLR models, but given that ILC shipments have actually been decreasing revenue can only grow through shipping more expensive models and increasing their prices. Nikon plans to maintain 700,000 ILC shipments which is worrying when the mirrorless market is actually growing and will likely see a diminishing market share.

Market share, therefore, remains Nikon’s single biggest problem and it needs to work hard at increasing the production of its mirrorless models. That said, DSLRs are still a significant segment and parts shortages are causing it to lose market share to Canon and Pentax. This is a rare opportunity for a significant land grab and — with the right strategy — could give Pentax some respite. As the global economy really starts to spin back up, 2022 could see some changing fortunes for camera manufacturers.