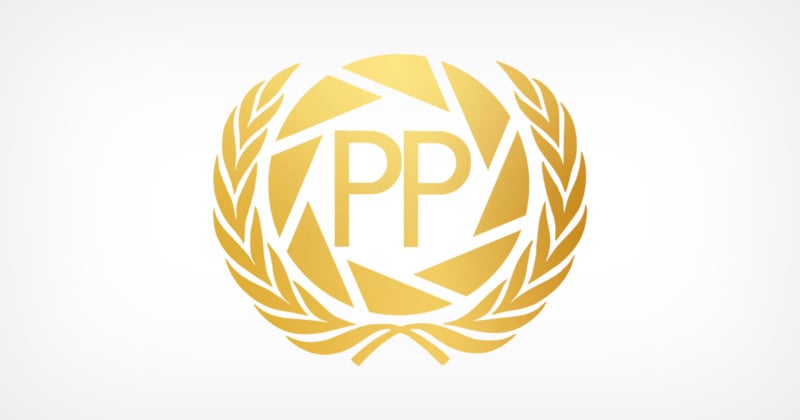 We are proud to announce the first-ever PetaPixel Awards which praise a number of new photography products that our staff has voted on as the best in their respective categories.

In this, our first year, the PetaPixel staff was asked to vote on their picks for the best products released in 2021 and are currently available to photographers across six categories: camera, smartphone, monitor, computer, software feature, and photography accessory.

Methodology: Because PetaPixel’s staff is made up entirely of current and former photographers, all were asked to vote for a camera of the year. In the remaining categories, the experts within each section each submitted their selections and the votes were tallied. In all cases, those who deal directly with sales and marketing were excluded from voting to retain objectivity.

Camera of the Year: Sony Alpha 1 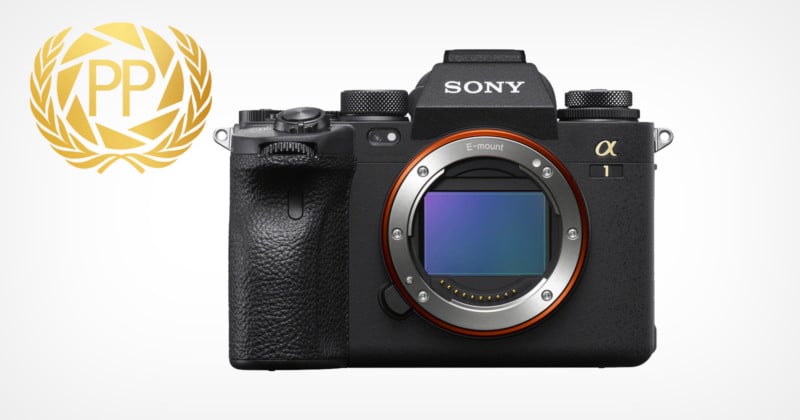 Sony started the year off strong with a show-stopper of a camera in the Alpha 1. Like most products, it was heavily hyped and bore with it massive expectations. Most would buckle under that weight, but the Alpha 1 shouldered it like a champion.

And a champion it is, and the recipient of PetaPixel’s 2021 Camera of the Year Award. Sony impressed with its mixture of resolution and framerate, as the Alpha 1 is capable of 50-megapixel photos at up to 30 frames per second. It also features a robust and reliable autofocus system, excellent ISO performance, a blackout-free shooting experience, and the ability to capture 8K video at up to 30 frames per second along with the ability to output 4.3K 16-bit RAW video or record in Sony S-Cinetone. In short, it is a monster of a camera that can excel in both photo and video applications.

Of particular note is that the Alpha 1 is not only PetaPixel’s pick, but the choice was unanimous among the writing and editorial staff.

Honorable mentions in this category go to the Canon EOS R3 and the DJI Ronin 4D, both of which received multiple votes and each are deserving of merit.

Editor’s Note: The Nikon Z9 was not considered this year as it is not yet available. It will be considered in 2022. 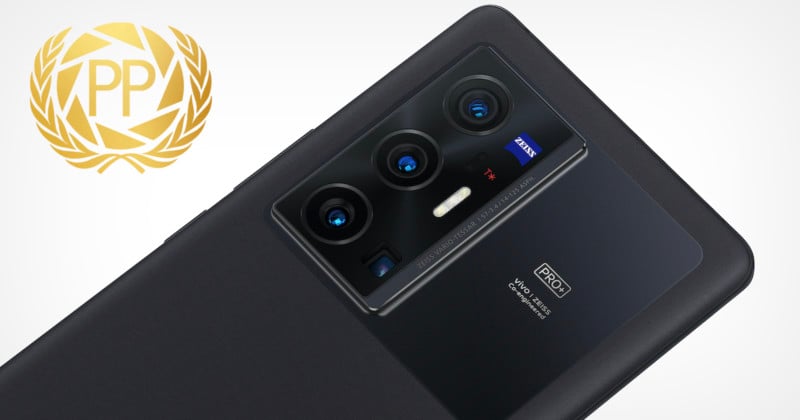 The smartphone camera market has never been more competitive, and rising to the top required a camera that offered a mix of versatility and consistency across a wide set of use cases. For that, we could find no other more deserving than the Vivo X70 Pro+.

While it is certainly possible to take better photos with the Google Pixel 6 Pro or the Sony Xperia Pro-I, the X70 Pro+ is far more consistent across the board. It comes loaded with features that are truly tailored to photographers and the overall quality of the device is up there with the best in the industry.

Vivo is a relatively new brand in the smartphone market and distribution in the west is still spotty, yet the performance of the X70n Pro+ is top of the line and worthy of praise. 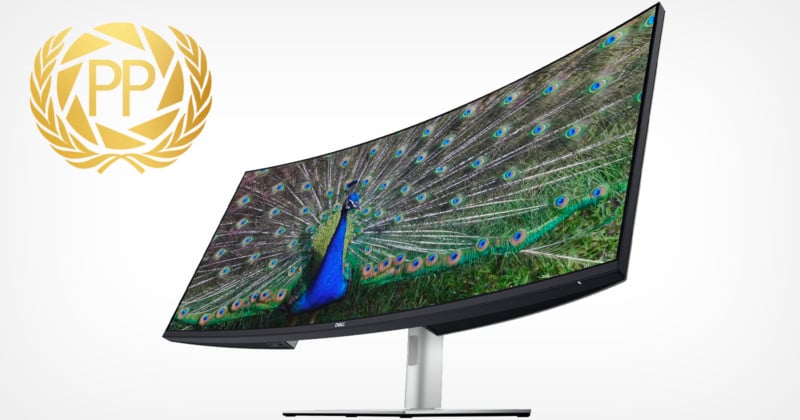 The Dell U4021QW Ultrawide monitor isn’t the most color-accurate nor is it the best deal among all-new displays this year, but it is the most versatile and is truly one-of-a-kind. There is something to be said for having a 5K by 2K display that supports true 10-bit, and the sheer workspace it offers makes it tough to beat.

The Dell U4021QW is a phenomenal ultra-wide. It is one of the best on the market and the premiere ultra-wide monitor for photo editing thanks to its dynamite combination of size, aspect ratio, resolution, color accuracy, and gamut coverage. It’s a productivity dream, and can truly replace a dual-monitor setup for those who demand both resolution and color accuracy.

Computer of the Year: Apple MacBook Pro with M1 Max 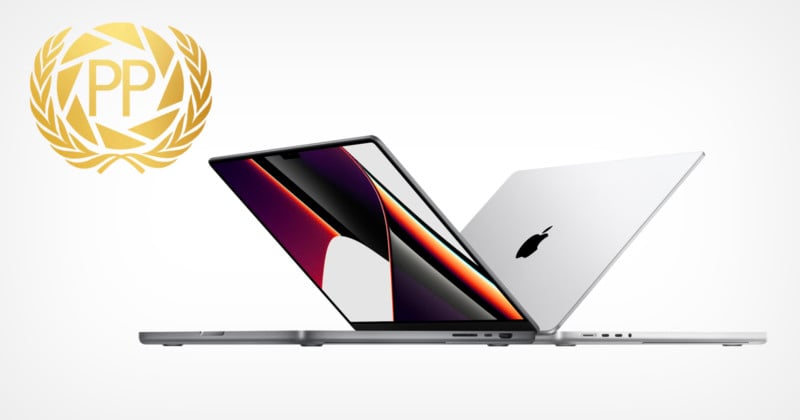 Apple created the most impressive computer we saw this year in the MacBook Pro with M1 Max, and it wasn’t close. The MacBook Pro smoked the competition in nearly every performance category and did so with or without direct wall power. A remarkably consistent machine, the MacBook Pro also sports incredible battery life, an outstanding display, a wonderful keyboard, and the return of a plethora of ports including MagSafe.

The MacBook Pro with M1 Max looks, feels, and operates like a real professional machine, and it dominates the competition because of it. Right now, there is no better buy for sheer editing performance than the MacBook Pro. Welcome back to the top Apple, we’ve missed you. 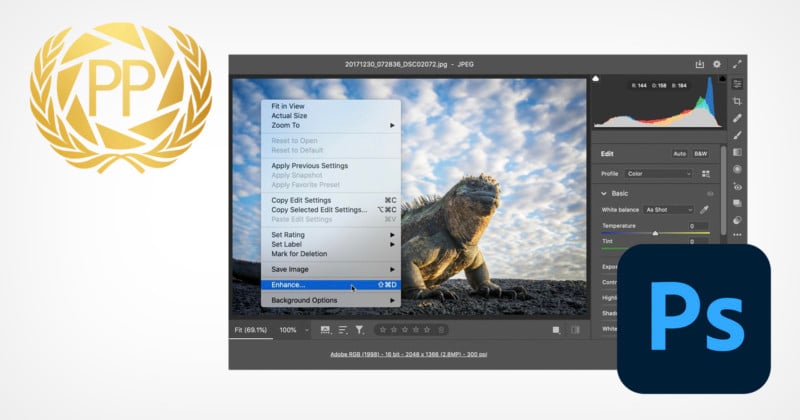 Adobe wasn’t the first to create a powerful artificial intelligence-based image upscaler, but its addition into Photoshop made it the most easily accessible. On top of that, it works incredibly well. Multiple tests show that Super Resolution is able to make photos that would normally only be suitable for sharing online into those capable of being printed and framed. Not only that, it’s simple, fast, and reliable.

Super Resolution is a feature that Adobe did not manage to over hype and under deliver on, but quite the opposite. It’s one of the best new features to come to Photoshop and is one our team uses regularly. 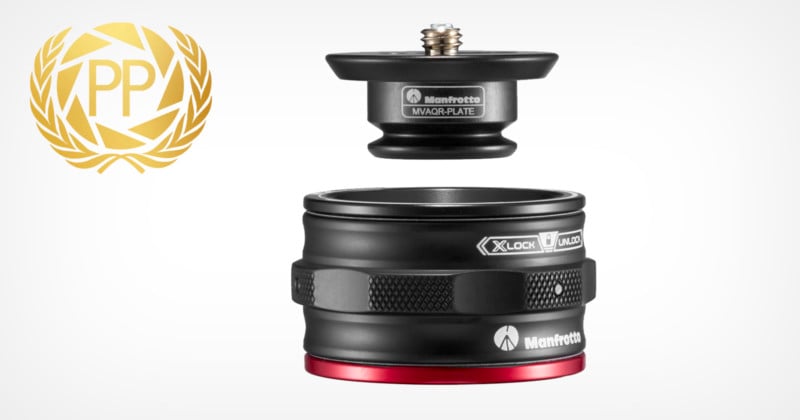 The Manfrotto Move didn’t land with nearly the splash that new computers or cameras do, but it is one of the most useful workflow enhancement tools that has been released in recent years. Many accessories either make no to small meaningful changes to a photographer’s workflow on set, but the Manfrotto Move can truly revolutionize speed and efficiency.

Read more: The Manfrotto ‘Move’ is a Modular Support System for the Hybrid Shooter

This small, unassuming puck gives photographers and filmmakers far more flexibility on set by making it ridiculously easy to swap tools between support tools like tripods, gimbals, jibs, and sliders. The quick-release plate pops in and out of the Move catcher with ease and just as quickly snaps back into place. Not only that, tripod heads don’t move unless you want them to, meaning there are few to no drawbacks to using the Move system.

The Manfrotto Move is not exciting. It doesn’t grab headlines nor does it warrant hype, but what it does do is work, and work exceedingly well. For that reason, it is the most impressive accessory we saw this year.