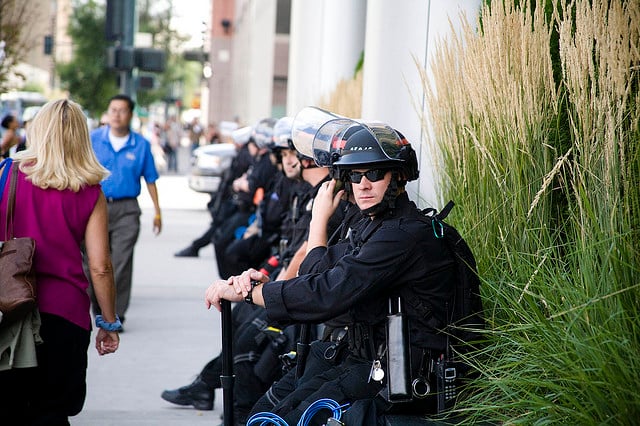 A Texas lawmaker recently attracted death threats after proposing a law that would make it illegal for photographers to take pictures of police officers from within 25 feet of them. Colorado is moving in the opposite direction.

The state is considering several bills that would increase police oversight, and one of the bills outlines punishments for police officers who interfere with people who are lawfully using their cameras.

It states that if a person is lawfully documenting a police officer and then has their imagery seized or destroyed without a warrant, they are entitled to actual damages, $15,000, and attorney fees and costs. It goes on to state that even if a police officer intentionally interferes with a person’s ability to capture images, that person is entitled to damages, $15,000, and legal fees.

Here’s the full two pages of the bill in case you’d like to take a look at it yourself:

Ben Swann reports that the bill was co-sponsored by Joe Salazar, who says that “Primarily, it came up as a result of the number of news reports we’ve been seeing about police officers telling people, ‘Give me your camera,’ or taking the data away, and that is unacceptable conduct.”

There have been a number of bills recently that infringe upon photographers’ rights, so it’s nice to see one state fighting for the rights of photographers.