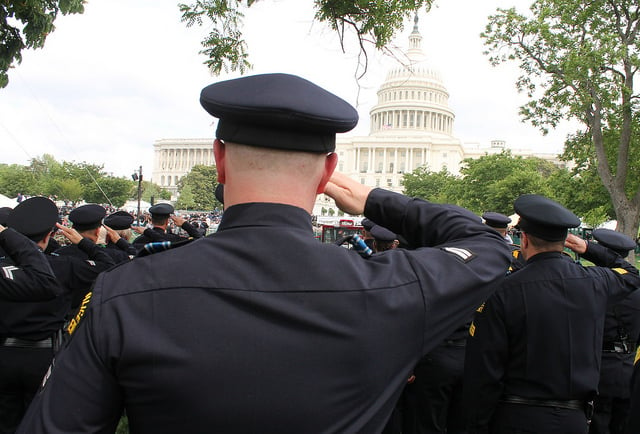 A week after Los Angeles agreed to train its law enforcement that public photography is not a crime, a bill has been proposed in Texas that would make it a crime for citizens to photograph or film police from within 25 feet of where the are.

House Bill 2918, filed in the Texas House of Representatives this past Tuesday by Representative Jason Villalba (R-Dallas), would make pointing a camera at police from within 25 feet a class B misdemeanor. Furthermore, citizens who carry a handgun would not be able to photograph officers from within 100 feet.

The bill calls the behavior an “an interruption, disruption, impediment, or interference that occurs while a peace officer is performing a duty or exercising authority imposed or granted by law…”

Here’s a full copy of the bill that was proposed:

After people began expressing disapproval and outrage over the new bill on social networks, Villabla took to Twitter to explain himself and the proposed law:

HB 2918 is meant to protect officers, NOT restrict the ability to keep them accountable. It DOES NOT prohibit filming. @TMPALegislative

@brettsanders My bill does no such thing. Just asks filmers to stand back a little so as not to interfere with law enforcement.

@bdrileysaustin I have not restricted filming police. Merely asking folks to stand back a little to let the cops do their job.

@84thLegislature It came about because my brothers/sisters in blue asked for my help to protect them. I did what I could to help.

If the bill were to pass, it would still allow photographers to capture images of police officers — just from 25 feet away instead of up close. It’s a restriction that likely wouldn’t sit well with many, though, especially as it’s common for police to approach photographers to ask them to stop — an action that would itself be enough to prevent photography if this bill were to become law.