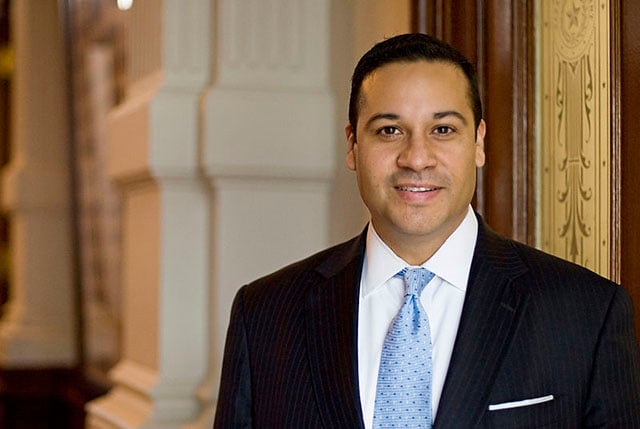 Texas House of Representatives lawmaker Jason Villalba sparked quite a controversy earlier this month after proposing a bill that would make it illegal to photograph a police officer from within 25 feet. People were so angered by the idea that Villalba has received death threats from angry members of the public.

Local ABC station WFAA reports that, despite the threats against his life, Villalba does not plan to kill his bill. Instead, he is planning to “considerably rewrite it.”

People upset at the original bill might not like the upcoming revisions, though. Villalba says he plans to reduce the minimum photography distance from 25 feet to 15 feet, and make the law apply to everyone — including photojournalists.

Villalba is apparently also taking drastic steps to distance himself from his critics. In addition to suspending his professional Facebook page, the representative is also reportedly blocking journalists who ask him questions about the bill on Twitter.

@JasonVillalba If Title 8, Ch. 38 of the TX Penal Code already makes it illegal to impede police activity, why is HB 2918 needed?

Because I asked a sincere ? about a law that would affect my life as a photojournalism student?@JasonVillalba #HB2918 pic.twitter.com/XZ7Jos54tp

“Not cool, Representative Villalba, not cool at all,” writes the Dallas Observer.

The $10 IKEA Piece: An Interesting Social Experiment on the Value of Art

This Photographer Paints Landscapes at Night with a Drone Light

Photo Books Are the Cure for the Instagram Disease

Review: The Leofoto Poseidon LP-284C Tripod is Light and Sandproof