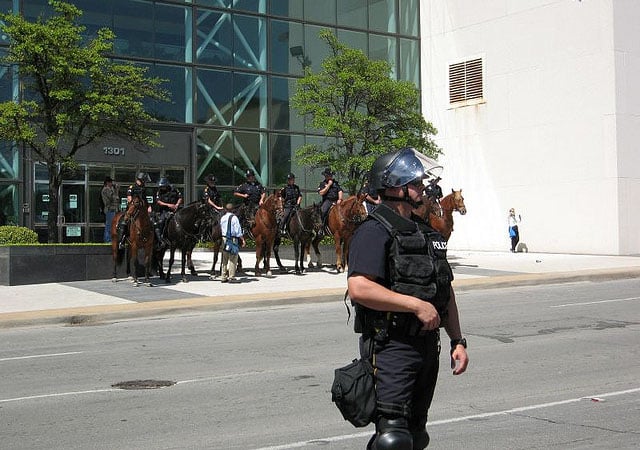 It was a month ago that a Texas lawmaker sparked a hoopla by proposing a bill that would limit the photography and filming of officers. If passed, anyone caught pointing a camera at an officer from within 25 feet could be charged with breaking the law.

Public outcry was swift and loud, and people even began sending death threats to the representative’s office. Good news today: the bill is now dead.

Representative Jason Villalba tells the Dallas Morning News that he has dropped the bill and will not be seeking a public hearing for it. The bill was originally proposed to him by a couple of notable police officer associations, he says, and it was intended to ensure the safety of officers and the public by creating a safe buffer zone between the two.

Unfortunately for the lawmaker, the public did not take kindly to the idea that their ability to capture cops on camera would be limited in any way. After a torrent of negative feedback flooded his office, Villalba instructed his staff to block “trolls” who threatened him and his family, the Dallas Morning News reports.

It also didn’t help the bill’s cause that Colorado recently introduced a bill that would punish officers for interfering with photographers who are legally taking pictures of them. In Arkansas, a privacy bill that threatened to kill street photography was also vetoed by the governor a couple of weeks ago after photographers flooded his office with complaints.

Having now dropped his bill, Villalba says he now realizes that this type of law will never be embraced. “I think the public has spoken very loudly,” he says.

Image credits: Header photograph by Claudia A. De La Garza, and portrait of Villalba by BritAE

Experience a NASA Spacewalk Through the Lens of a GoPro Camera