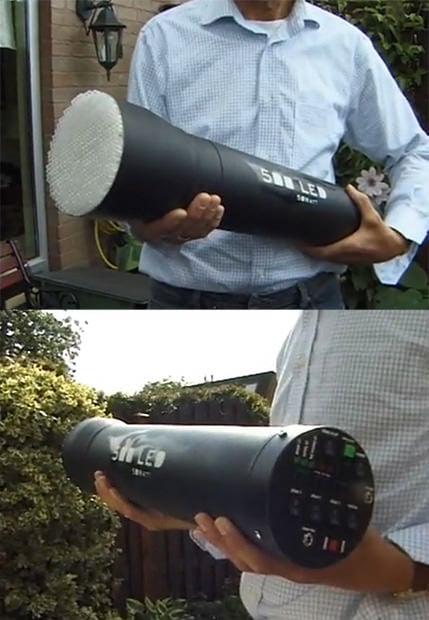 Want to light your nighttime photographs with something that can be mistaken for a portable sun? Check out this monstrous homemade flashlight composed of 513 separate LED lights. Created back in 2008 by Ledcreations, the device offers a whopping 3500-4000 lumens of light — way more than the hundreds of lumens offered by other powerful flashlights on the market.

The device is so powerful and power-hungry that the 12v lead battery inside the device is drained in just 10 minutes of usage. Luckily, power adjustment controls on the back allow you to trade light for battery life.

This video introduces the flashlight, shows how it’s used, and offers a glimpse of its power:

Here are four sample photos (screens taken from the video) showing how the flashlight stacks up against no light, a weak Maglite, and a strong Maglite: 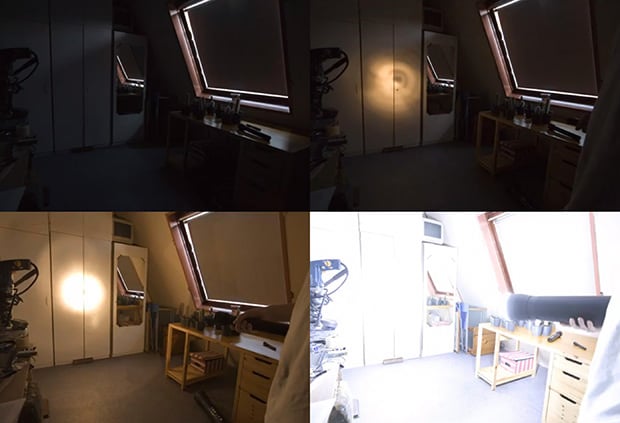 The same experiment done on a roadway: 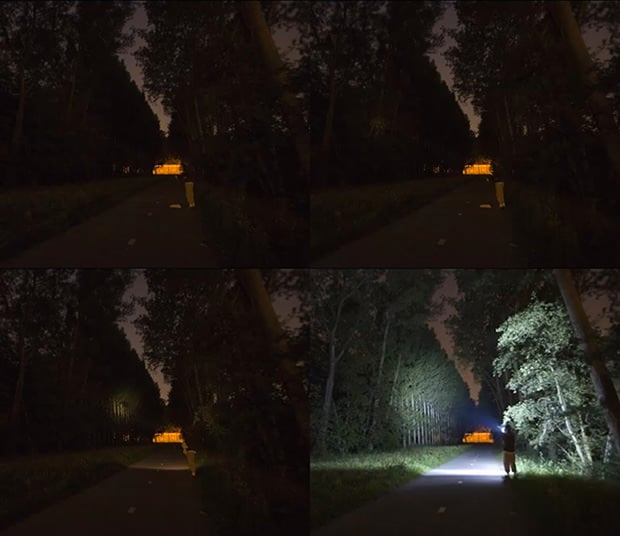 If you want to build your own, you’ll need about $200, with $100 allocated just for the LED lights. Be warned though, the build process is reportedly very intensive. There also isn’t much documentation out there, so you’ll have to just reverse engineer the device using photos of it.