Need a light to illuminate clouds or a mountainside? Check out the world’s most powerful flashlight, created by Daniel Riley of Stratus Productions. By stringing together a series of powerful 100W LEDs, Riley created an ultra-powerful 1000W light that puts out a whopping 90000 lumens.

Riley introduces his crazy light in the 5.5-minute video above. 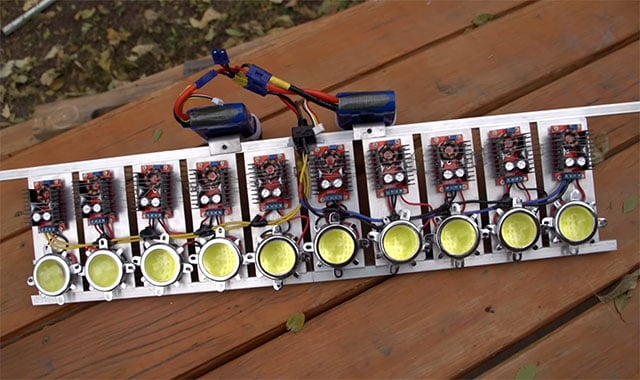 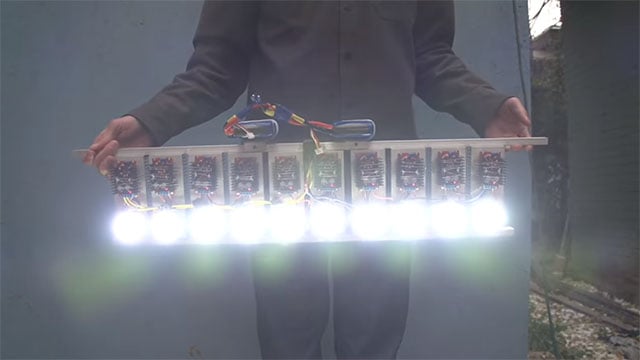 The flashlight weighs 10 pounds, is backed by a giant heatsink for dissipating the heat from the lights, and is powered by two batteries that can power the light for about 10 minutes.

As you’ll see from the video above, Riley is able to use his creation to light the world in crazy ways for both photos and videos: 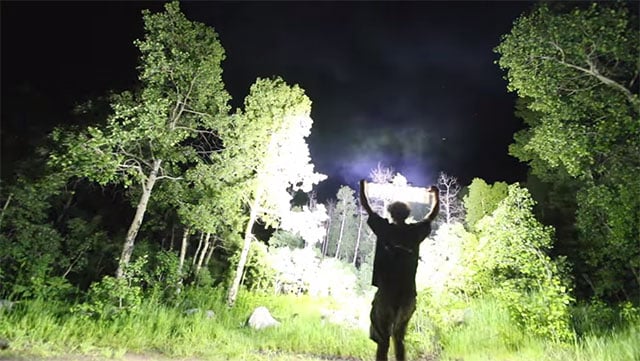 17 Ideas for Marketing Your Wedding Photography in the Off-Season

6 Photographers Asked to Shoot the Same Objects… With No Repeats