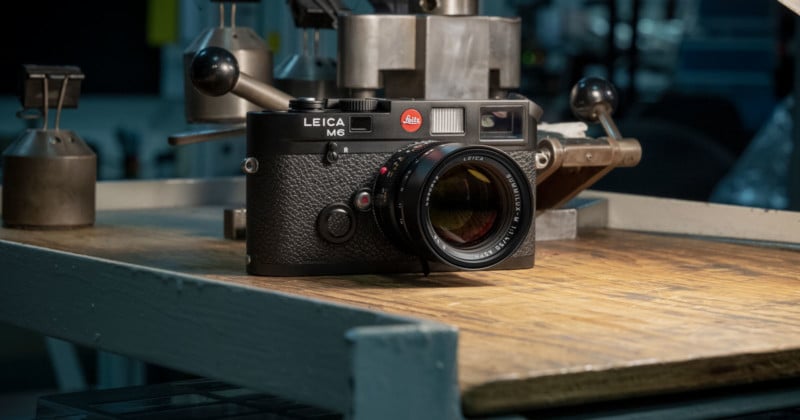 Leica has embraced the resurgence of film and revived the ever-popular Leica M6 rangefinder, a camera it first released in 1984 but took out of production 18 years later. Now it’s back, slightly changed and lightly upgraded, but ultimately rooted in the original design.

From 1984 to 2002, Leica says it handmade almost 175,000 M6 cameras and even though production ceased 20 years ago, it contends that the camera still holds a special place for many film photographers. Now that feeling can perhaps be felt by a whole new generation of shooters with its return, what the company says is a revival of a cultural icon.

Since film has exploded in popularity over the last few years, perhaps Leica’s timing could not be better.

“The Leica M6 is a milestone in the corporate history of Leica Camera AG. Since 1984, countless iconic pictures have been taken with it; it was a part of the product range for over 18 years and is still a fascinating camera with an extremely high utility value,” Stefan Daniel, Executive Vice President Technology and Operations at Leica, says. 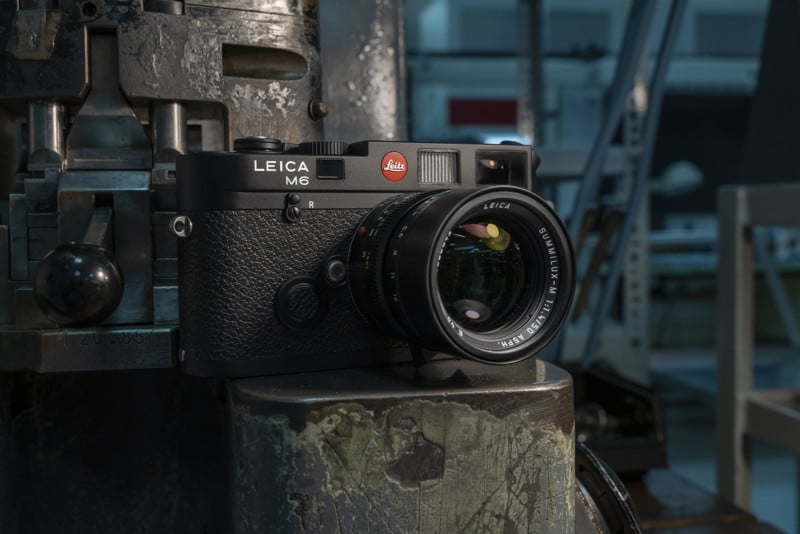 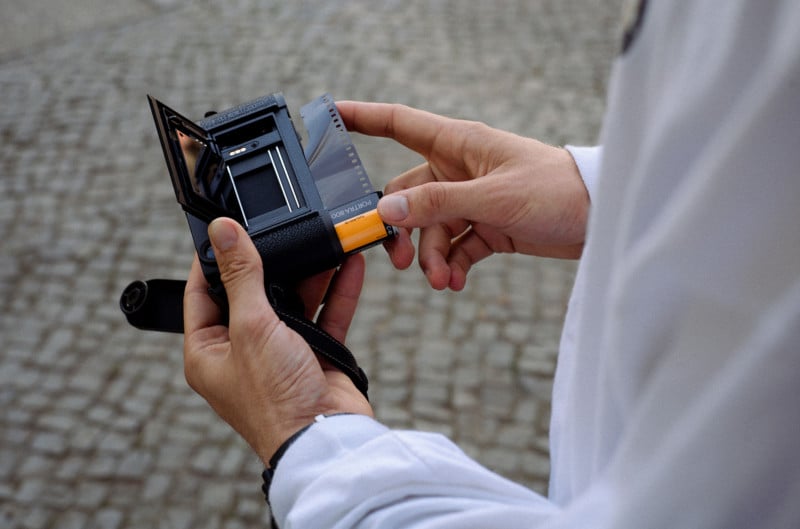 “Conscious analog photography as an antithesis to the flood of digital images is enjoying great popularity. Therefore, it was only logical for us to produce the Leica M6 again as one of the most popular representatives of this camera type.”

This new 2022 M6 is described as relying on a modern version of the Leica M rangefinder with a 0.72x magnification. Additionally, Leica says that it has coated all of its optical surfaces which makes them less sensitive to stray light. 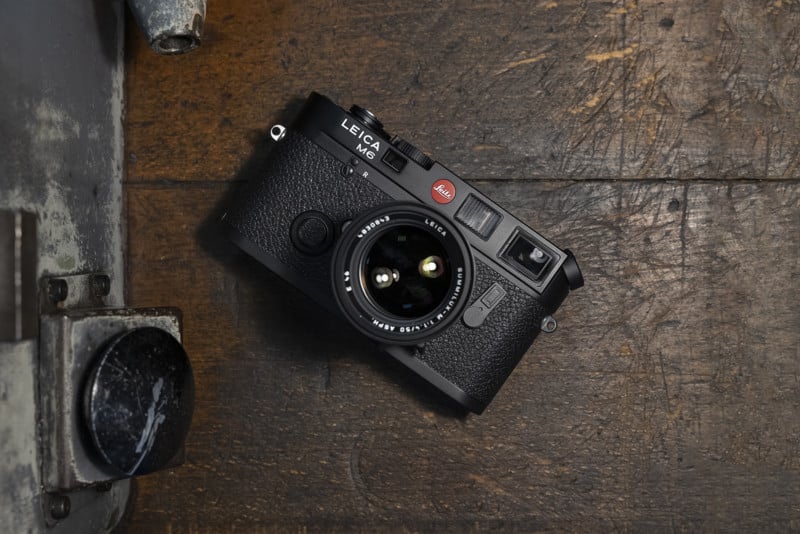 The light meter in this 2022 M6 now shows the correct exposure via a red dot in addition to the two arrow symbols that were originally used in the prior run of cameras and it is now also equipped with a battery warning indicator. The exposure meter in the Leica M6 measures light via a brightened area on the mechanically controlled cloth shutter.

Leica also redesigned the top cover. While the previous model’s cover was made of die-cast zinc, this new M6 is milled from solid brass and finished with an abrasion-resistant black lacquer. Like the original from 1984, the new edition of the Leica M6 is also fitted with the red Leitz logo. 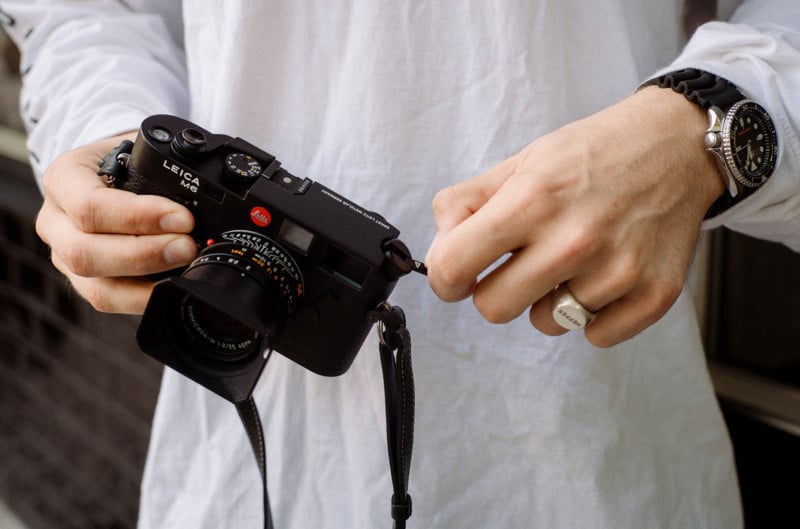 The Leica M6 from 2022 is a mix of old and new. It still uses a slanted rewind crank for winding film like the original, but combines optimizations in the rangefinder line to improve its functionality, Leica claims. 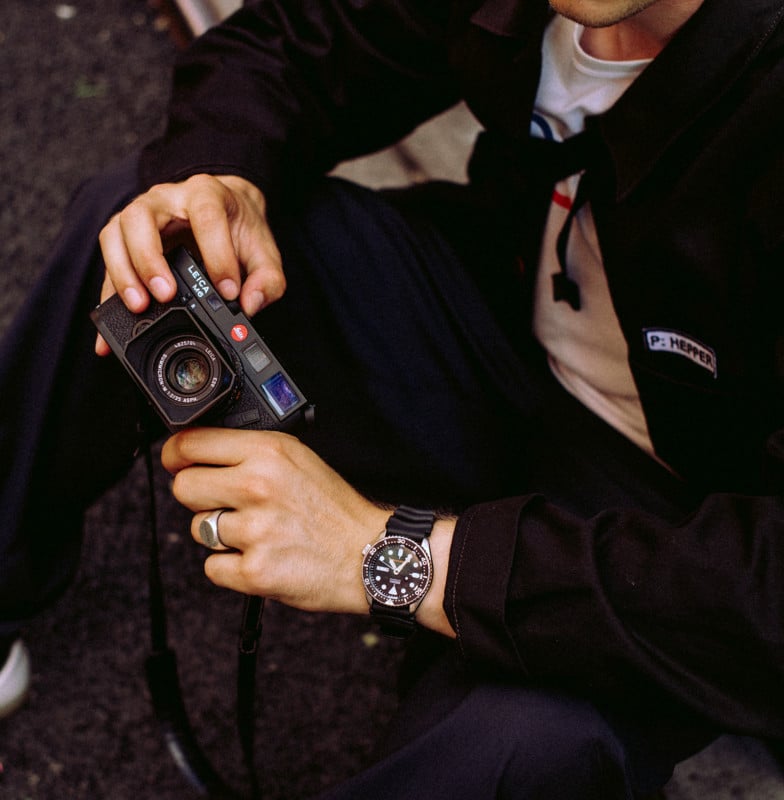 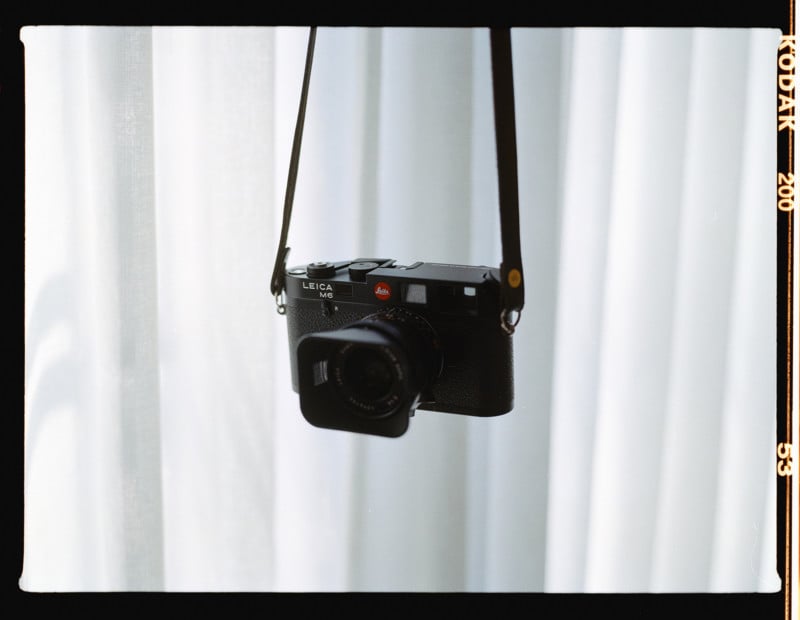 The Leica M6 will cost $5,295 and will be available in the United States at Leica Stores, Leica Boutiques, and Leica Online Store starting November 3.