Yongnuo teased and revealed a smart mirrorless camera called the YN450 late last year, and the unusual device sparked a good deal of attention. The YN450 was just on display at the CP+ 2019 show in Japan, and cinema5D spoke to a rep for this 4.5-minute video that provides us with a better idea of what this camera is.

As Yongnuo stated in 2018, the YN450 will run Android on a Qualcomm 8-core processor and feature a 16MP Micro Four Thirds sensor. On the front of the camera will be a Canon EF lens mount, and the back features a large 5-inch multi-touch 1080p display. 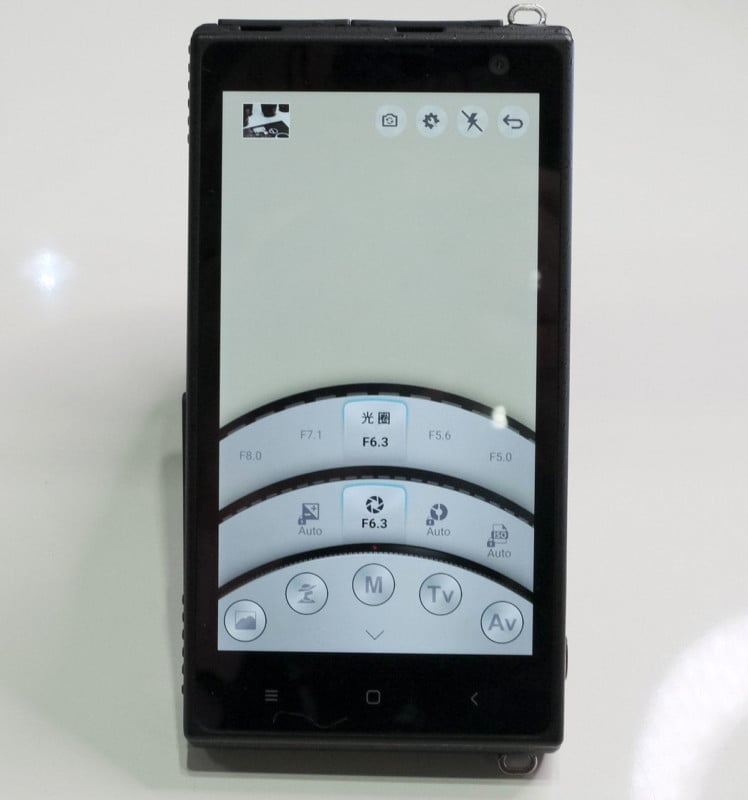 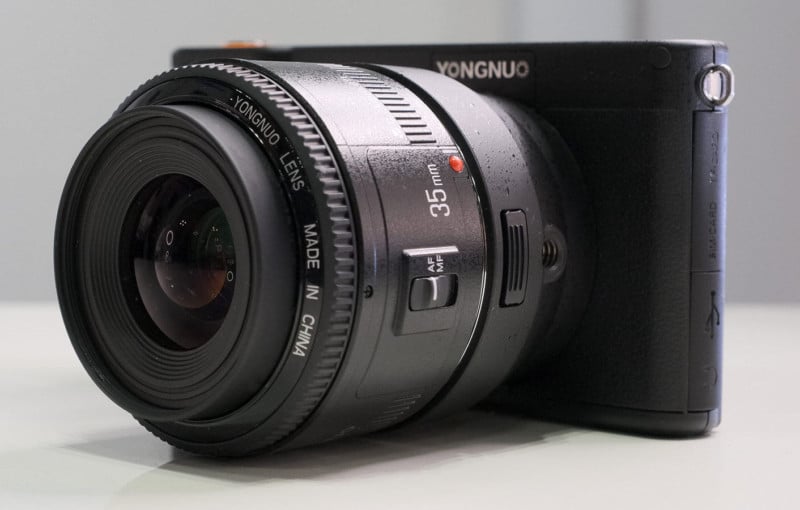 cinema5D reports that the camera will also both support Wi-Fi and feature a 4G SIM card slot for instantly sharing photos and videos over cellular networks.

Autofocusing is done by either pressing the shutter button in halfway or by tapping an area of the scene on the touchscreen. 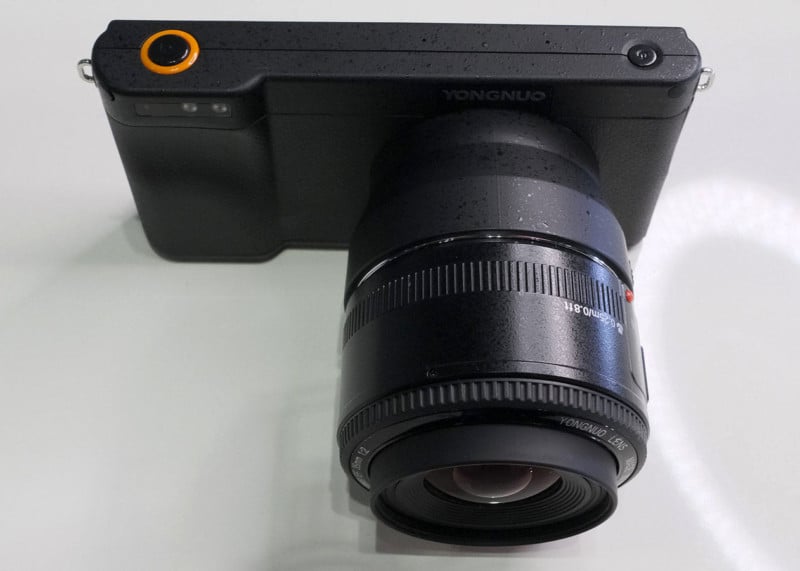 The 32GB-max memory card slot will reportedly not support SDXC.

“In my opinion, the combination of such a small internal memory and a limited memory card slot does not make much sense,” cinema5D writes. “Hopefully, the manufacturer will decide to include a bigger storage once the camera is released.” Yongnuo made its name early on by creating affordable clones of Canon EF DSLR lenses, and that may explain why the company decided to build a Canon EF mount into this camera rather than use Micro Four Thirds lenses, which would make the camera-and-lens combinations smaller and lighter.

Finally, we now have a better idea of pricing and availability. Yongnuo is aiming to launch the YN450 in China in April 2019 before possibly targeting the US, cinema5D reports, and the camera may have a price tag of under $500.

Image credits: Video and photos by cinema5D and used with permission