Photographer Irene Rudnyk often receives questions about film photography, including from people who wonder why it’s even worth doing when you can slap a VSCO filter onto digital images these days. To answer these questions, Rudnyk made this 6.5-minute video comparing the two processes through a portrait shoot.

One of the main differences in shooting styles is speed and attention to detail.

“When I’m working with film, I tend to really pay attention to all little details and spend a lot more time composing the shot,” Rudnyk says.

Rudnyk gets a much higher percentage of “keepers” when shooting film simply because she tries to make sure that everything in the frame is perfect for every single shot, but at the same time, she’s able to capture much more natural expressions and poses when shooting high volume in digital.

For film, Rudnyk develops her film at home, spending about 20 minutes per roll of film and then digitizing it using a scanner (once the film has dried). Digital allows her to plug in her memory card and jump right into post-processing.

And although Rudnyk digitally post-processes both film and digital photos, her approach is different — she spends just a few minutes retouching skin in film photos but 10 to 15 minutes on each digital photo.

“Especially when it comes to the skin retouch, I find that digital really captures a lot of detail and texture there, whereas film is very forgiving for skin.”

Here’s a comparison of the two sets of photos that resulted from the shoot (the B&W photos are the film shots, and the color ones are digital): 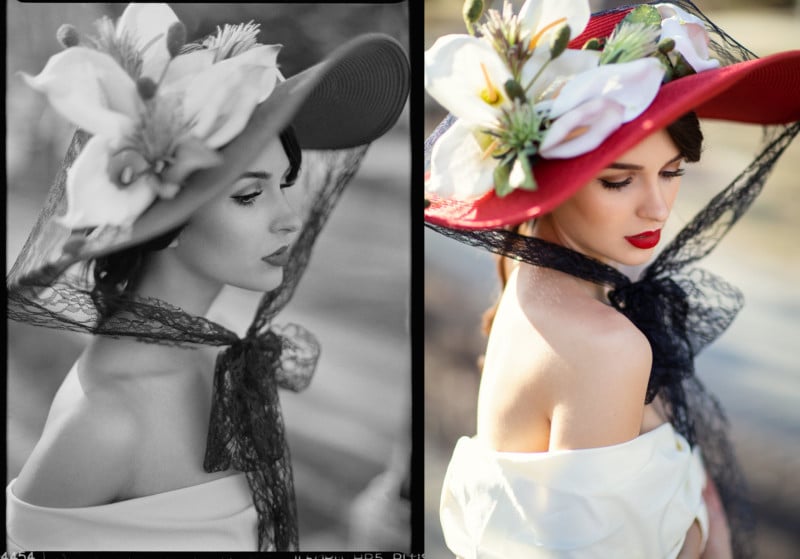 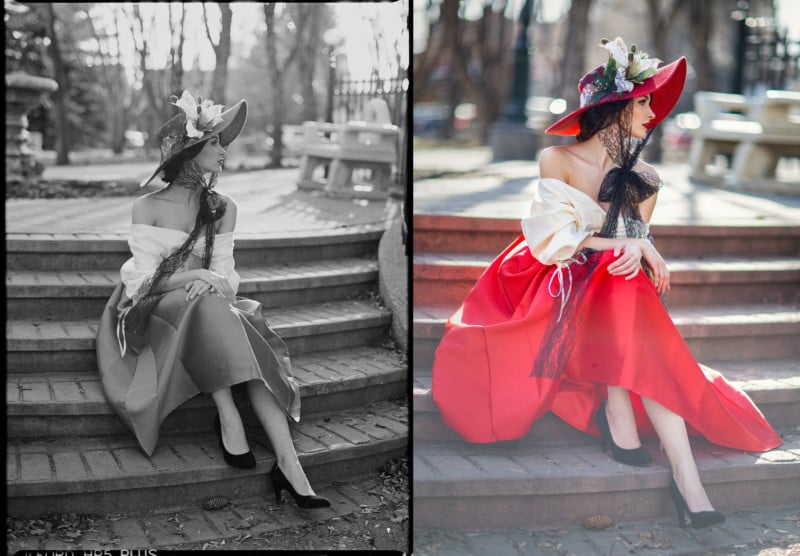 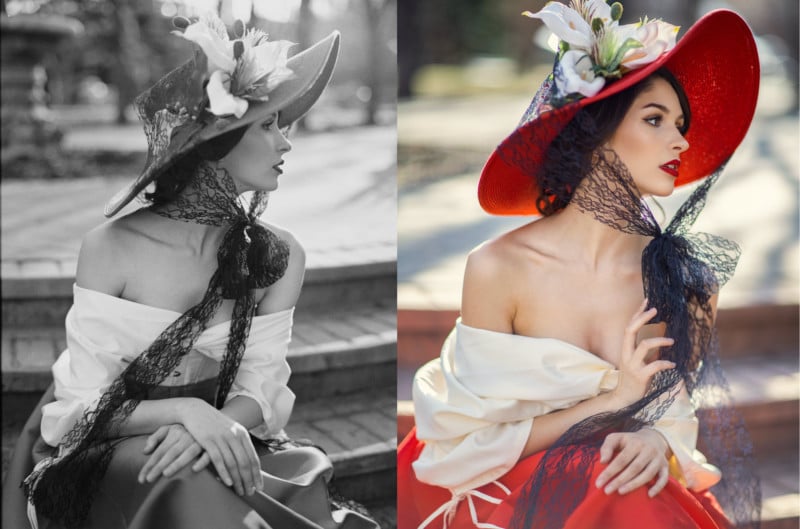 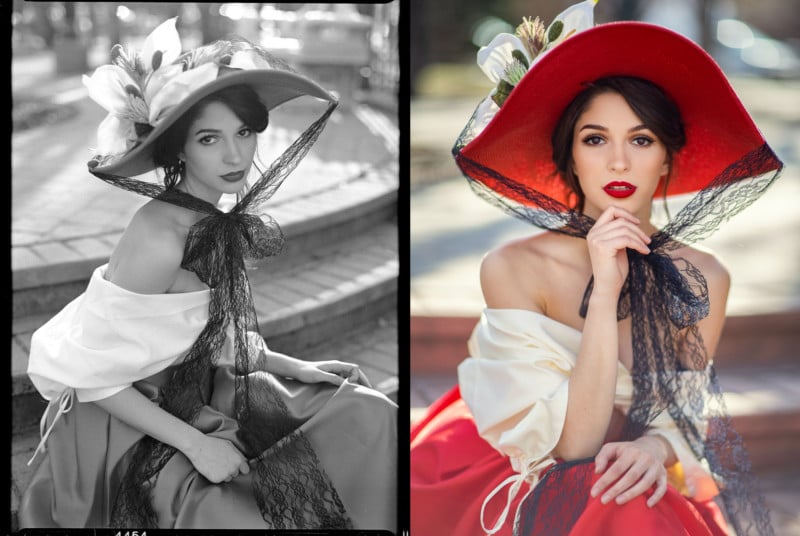 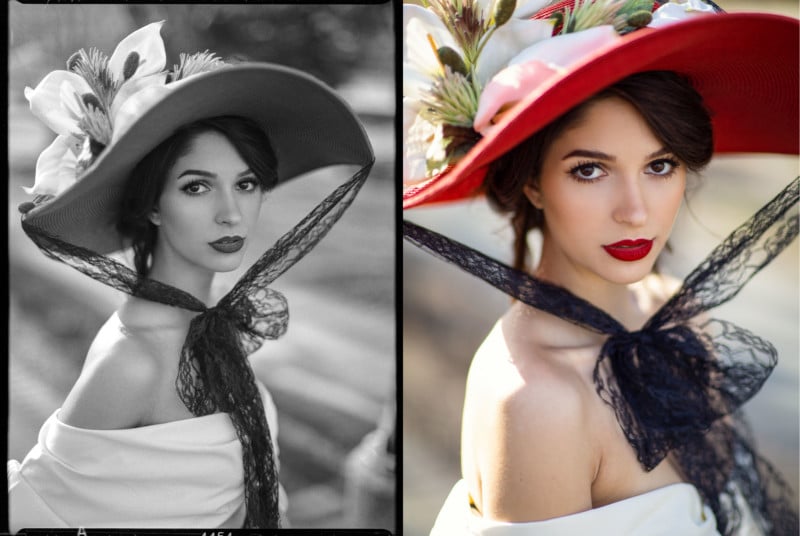 “I love both film and digital,” Rudnyk concludes. “Both of them have their pros and cons. While I love the feel, the process, and the look of film, I definitely cannot deny the convenience, the ease, and the reliability of digital.”

If she had to choose only one medium, however, Rudnyk says she would pick digital for its speed, ease, and reliability.