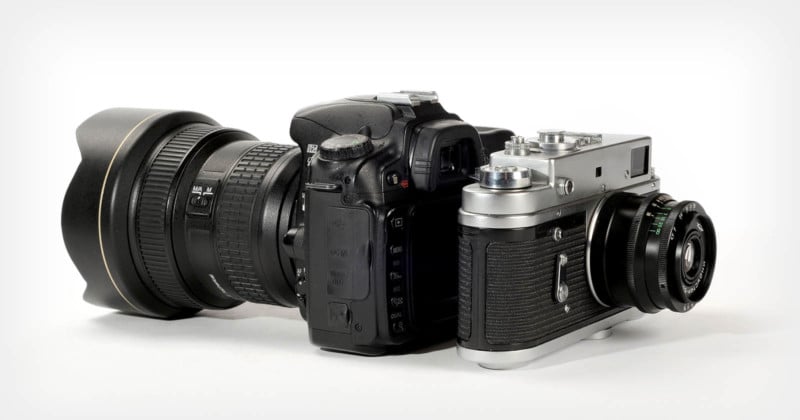 In a world in which photographs are primarily taken with digital image sensors, there are a growing number of photographers who are newly interested in film formats of the past. But why would anyone in our age of technological convenience still choose to shoot with analog film?


To understand the advantages and disadvantages of each shooting practice, we are comparing the different aspects of image quality along with the cost of usage. If you have been thinking of tinkering with film photography, you have landed in the right place. 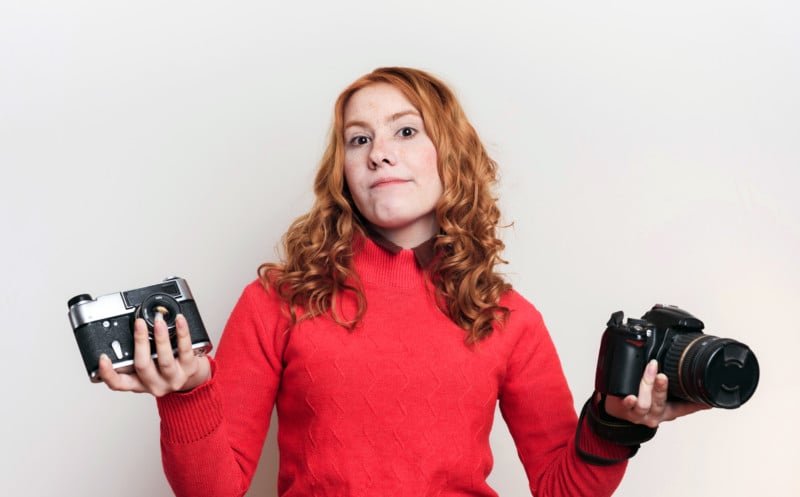 While there have been many different photographic processes since the birth of photography, the two main ways photos are created in the modern day are by using a film camera or digital camera.

In film photography, also known as analog photography, chemical processes are used to capture an image on some kind of light-sensitive film (or paper or plate). The film is then processed and can be used to create physical prints, projected for viewing, or digitized to create a digital photo.

In digital photography, an image is captured by collecting light using an electronic image sensor. The resulting data is then processed into a digital image and can be viewed immediately on the display of the camera or transferred onto a different computing device for editing, viewing, and sharing.

When it comes to both digital and analog formats, photographers want to know that their efforts will result in sharp, high-resolution photographs. With digital image sensors, we determine resolution by counting the number of pixels within a given area. Film does not have pixels, and thus an analysis of a film’s resolving power is calculated through angular resolution. Both methods of measurement can be correlated with each other and thus compared for equivalent resolution. 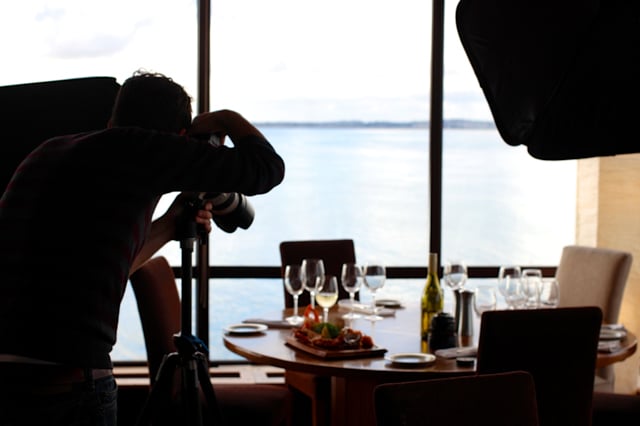 Just as different sensors produce different resolutions, different types of film will also produce different resolutions. Roger N. Clark’s analysis of standard 35mm film showcased that depending on the type of film used, the resolution fell between 4 and 16 million pixels. For example, Clark’s study noted that Fujifilm’s Provia 100 film produced a resolution of around 7MP while Fujifilm’s Velvia 50 produced a resolution of around 16 MP. Considering that entry-level cameras such as Nikon’s D3330 produce around 24MP, 35mm film doesn’t have much of an advantage in this scenario.

That being said, many professional photographers who shoot film opt to do so with medium or large formats. According to research carried out by a team of four industry experts, it was found that medium format film has the potential to capture a jaw-dropping 400 MP photograph, however, after digital scanning, resulted in a resolution of 50 to 80 MP. Another test, also conducted by Roger N. Clark, noted that larger formats such as 4×5 inches can capture 200 MP equivalent photographs after being scanned.

In short, that 35mm film camera that you picked up from the flea market may not be able to outperform the latest digital cameras, but a medium format or large format unit can deliver and exceed the same resolution of Phase One’s latest $40,000 camera system.

The random appearance of small textures within a photograph may be referred to as digital noise or film grain. With analog film, grain is the result of small chemical particles that have not received enough light. Within digital image sensors, noise is the result of unwanted signals created by the camera’s digital circuitry; this can be due to excess heat or a sensor’s ability to handle unruly signals in the airwaves. 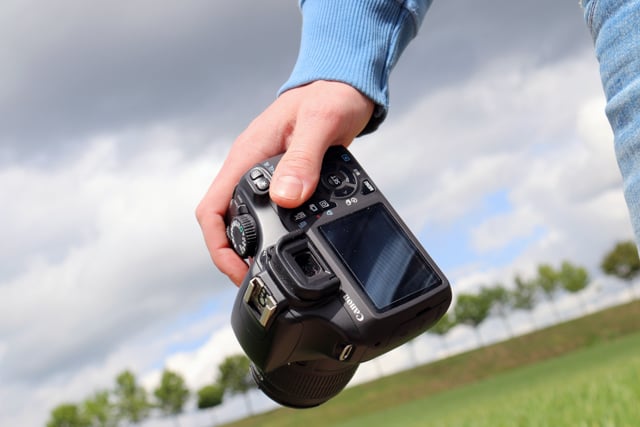 Increasing the ISO of a digital camera or selecting high-speed film will make your photographs more susceptible to noise and grain. In most situations, noise is unwanted in color photos; however, with black and white images, some artists view the grain as adding character, and thus not as a negative point.

Testing by Magnetic Recording Technology Expert, Norman Koren, showcased that digital photography has evolved to the point at which it has far less noise than the equivalent available film speed. Of course, digital noise depends on the sensor within a digital camera, so older units may not be as efficient. 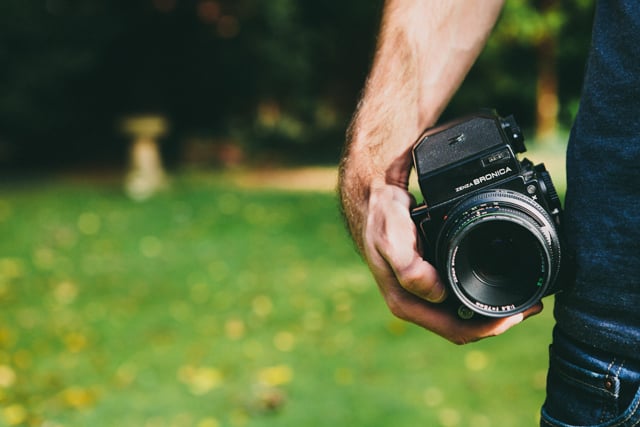 One last item to consider with noise/grain is that film may be a better medium for capturing long-exposure photographs. Image sensors must be operated at low temperatures to avoid thermal noise, a process that can become difficult with prolonged usage of the imaging circuitry. Film, on the other hand, does not have any issues with overheating.

Once the almighty reason to shoot with film over digital, dynamic range is no longer the huge debate it once was in the past. While the dynamic range of an Image is a complex process that takes into account the sensor used, the type of file compression, and other factors, digital is ultimately winning against analog film. 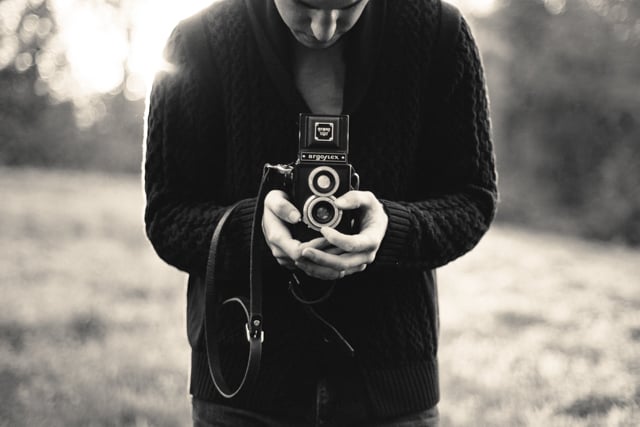 Independent testing of dynamic range on film cameras, such as the tests conducted by Roger N. Clark, showed that high-end digital cameras in 2005 began to show “huge dynamic range compared to [scans of] either print or slide film”. Films used in the testing included Kodak Gold 200 and Fujifilm FujiChrome Velvia. 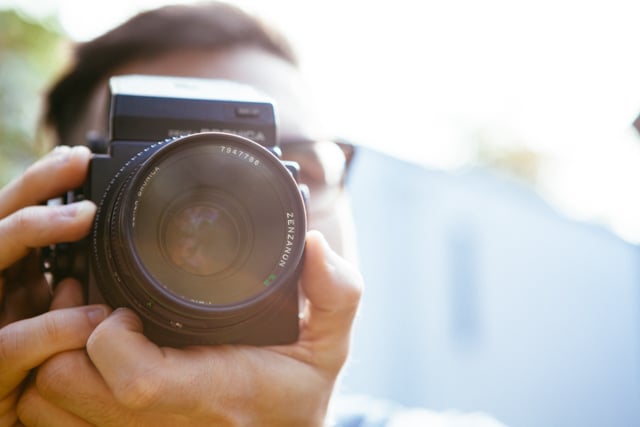 In addition, many digital cameras take advantage of sequential shots and HDR capabilities to create photographs with exceptionally high dynamic range beyond what is capable with film.

When it comes to shooting in low light conditions, digital image sensors easily take the cake. Film can usually be found available in speeds between 100 and 3200, although 6400 film does exist. Today’s digital camera systems can match the noise produced by analog cameras in these ranges, as well as push their sensitivity many stops higher. Consumer digital cameras such as Fujifilm’s X100T can simulate sensitivities as high as ISO 51200 while professional Nikon systems, such as the D4s, can shoot as high as ISO 409,600. 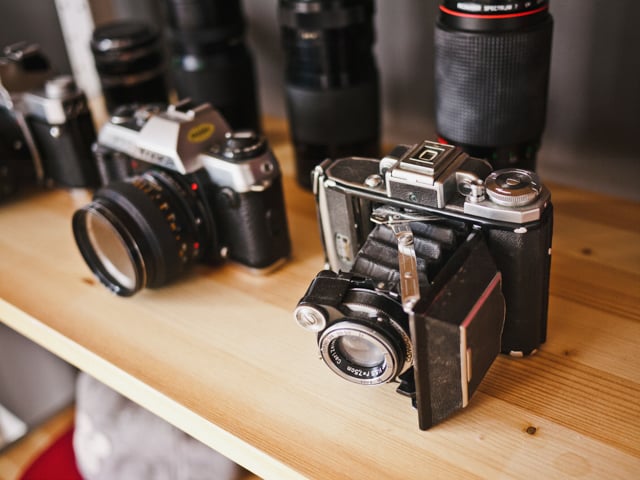 Digital cameras also have the advantage of being able to change film speeds between individual photographs. For most common roll films used today (135, 120, etc.), the ISO is kept constant across the entire roll. The exception is with large format cameras that use one sheet at a time, and thus can be switched between shots.

Analog film can be pushed or pulled multiple stops when needed, but the amount of contrast within the image is affected. Some photographers use this to their advantage to create the ideal look they desire, but this method still does not allow extremely high ISO speeds without impacting image tones.

When it comes to cost and convenience, both digital and analog formats have their advantages and disadvantages. Noting the number of photographs you take within a given time, the urgency of needing an image available, and the type of subjects you shoot will help you choose between the two options. 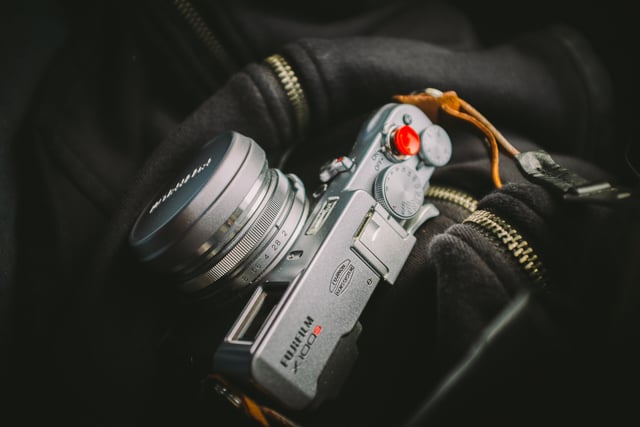 Digital has a much more expensive upfront cost and evolving technology means you will most likely want to upgrade your equipment within a few years. For those who demand instant access to their photographs, there is nothing faster and more convenient than digital. When shooting high-speed action photography, there is also no concern about running out of film; large memory cards can easily store hundreds or thousands of high-resolution photographs.

Analog is much more affordable upfront, and you will most likely be able to use your film body for decades to come, as genuine enhancements are to the film itself. That being said, analog shooters will be spending a lot more money on film rolls and development costs. There is the need to conserve film more carefully as nothing can be just deleted as with digital and photos are not available instantly. Most available processing labs take at least 24 hours, if not a few days, to complete the process. Sadly, one-hour photography stores are a dying breed. 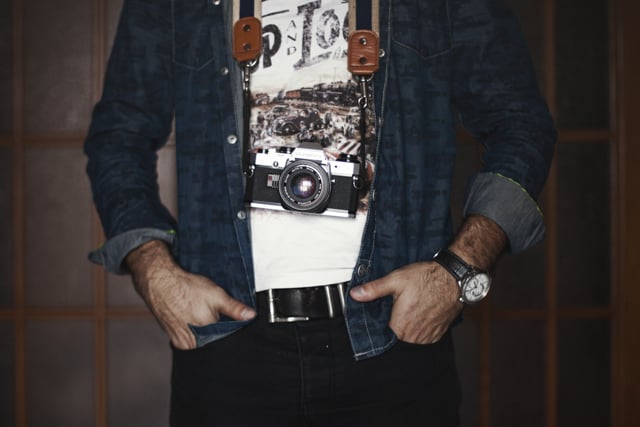 Let’s say that you want a modern digital camera with resolution, dynamic range, and grain equivalent to ISO 100 film. You may choose to pick up a Nikon D3300 – an entry camera that checks off all the boxes. The initial purchase may cost $500, but with a cheap memory card ($30) you can shoot unlimited photographs and delete what you don’t need. You may then opt to upgrade your camera within a five-year span for another $500. 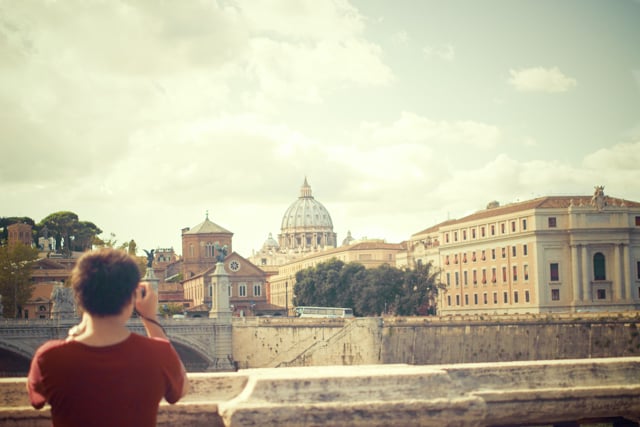 The digital revolution has caught up to film in many regards, killing many of the arguments for film being better than its technological counterpart. However, the most notable reason to shoot analog may be the resolution obtained from medium format cameras. Not all explanations can be laid within technical comparisons though. Many will argue that shooting analog is a more personal and enjoyable experience – that decision is completely up to you.