Late last year, photographer Irene Rudnyk reached out to a model and makeup artist for a photo concept she had in mind that featured a woman illuminated by a lantern at blue hour. Rudnyk shares in the 7-minute video above how, after putting in considerable time and effort into putting the shoot together, she failed at the actual shoot.

Rudnyk says that there were a number of unforeseen issues and challenges that could have been prevented by being better prepared.

First, she didn’t like how the location looked during the time of the shoot — Rudnyk recommends scouting not just a location, but a location at the exact same time of day you’re planning to shoot it in.

Rudnyk had also put together the lantern she wanted, but she didn’t realize it would be difficult for her model to hold up for extended periods of time, and she didn’t test the light from the lantern thoroughly enough — both a candle and an artificial light weren’t sufficient for the lighting Rudnyk had in mind.

She ended up illuminating her model’s face with a flashlight on the side of the lantern, but this only produced harsh lighting with unbecoming shadows.

Finally, because she spent so much time during the shoot trying to solve these problems, they quickly ran out of time and blue hour turned into darkness.

Here are the photos that resulted from the first shoot: 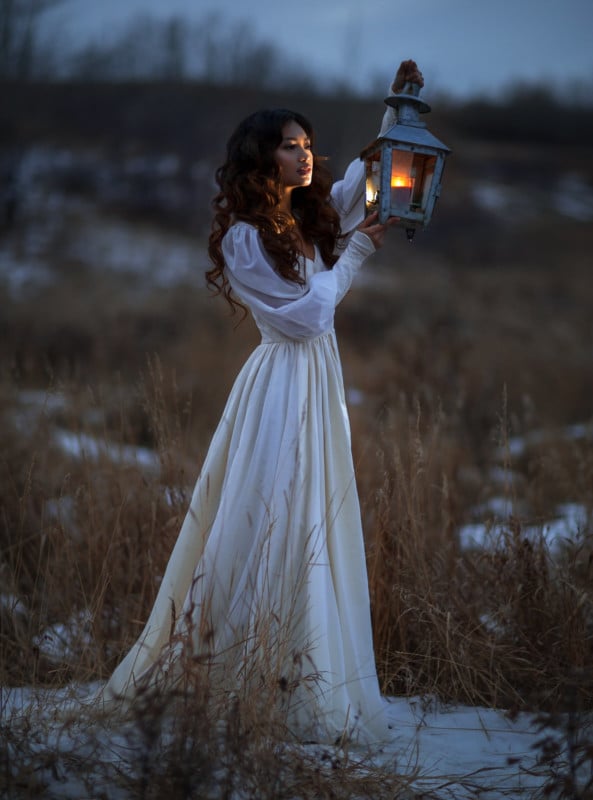 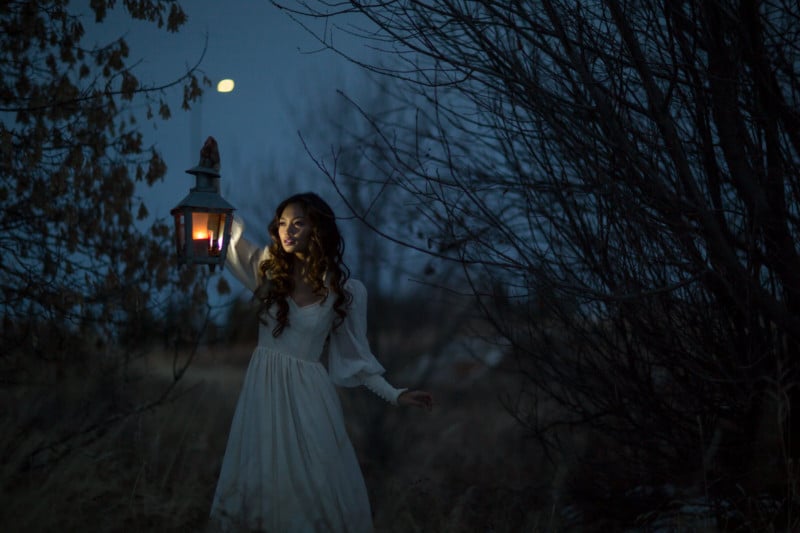 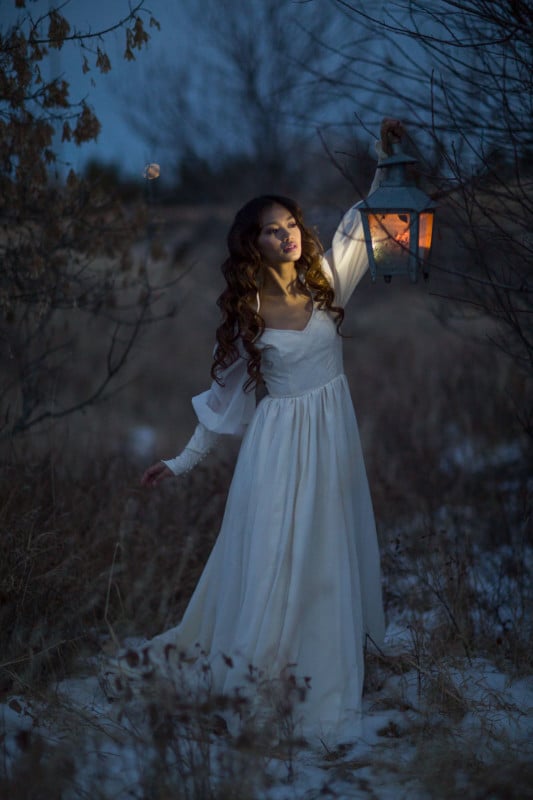 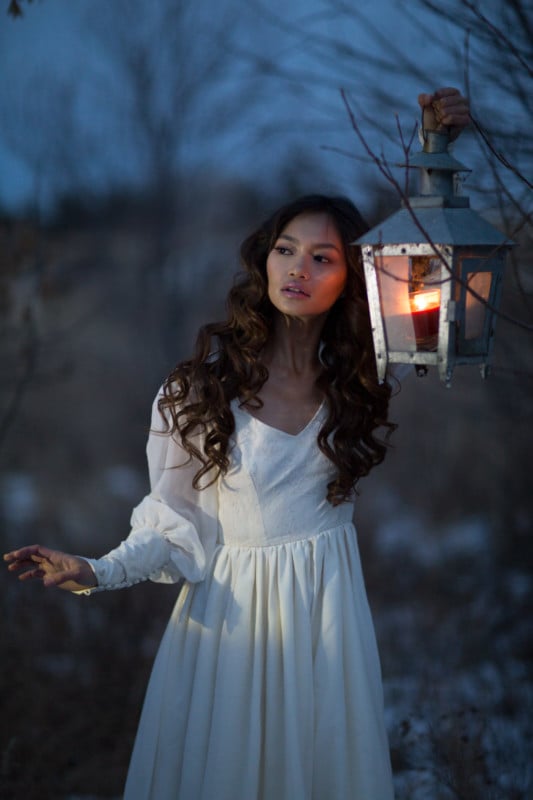 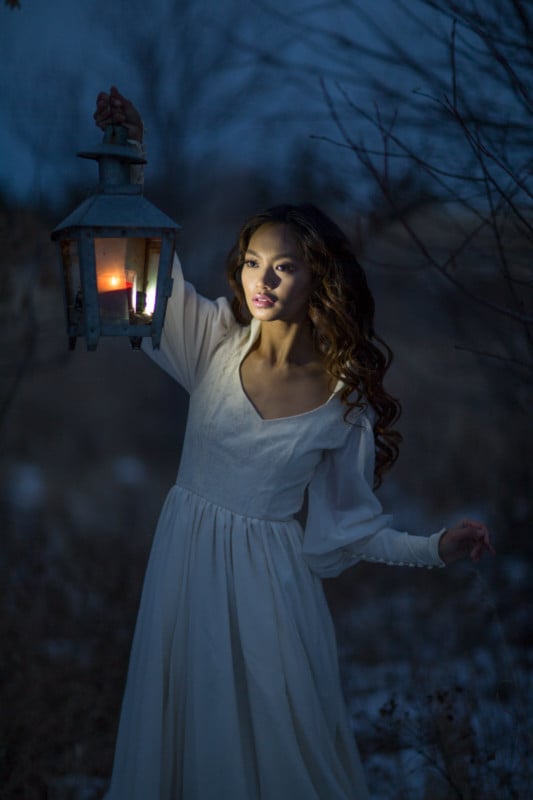 Disappointed by that first attempt, Rudnyk decided to do a reshoot with the lessons learned from the first one in mind.

This time, Rudnyk arrived at the location at golden hour to have extra time making sure things were perfect before blue hour hit. Rudnyk also used an adjustable gas lantern that’s both lighter and brighter than the one she used in the first shoot.

The photographer ended up being much more pleased with how the second set of portraits turned out: 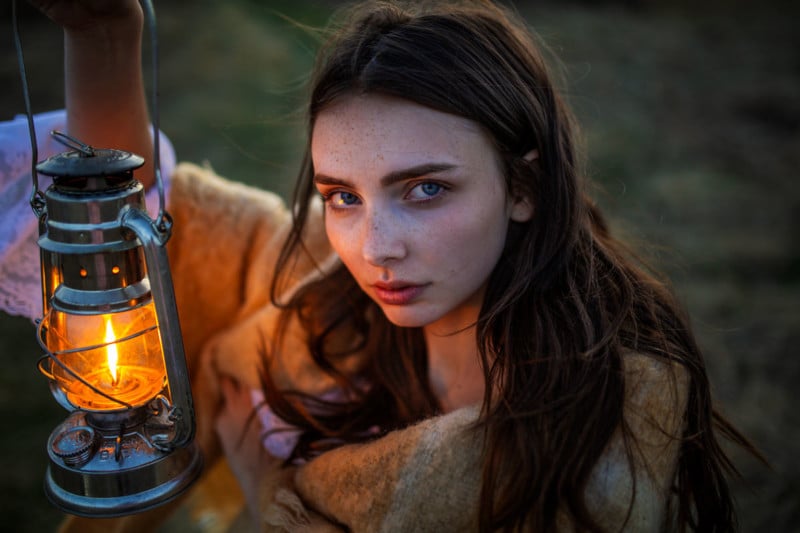 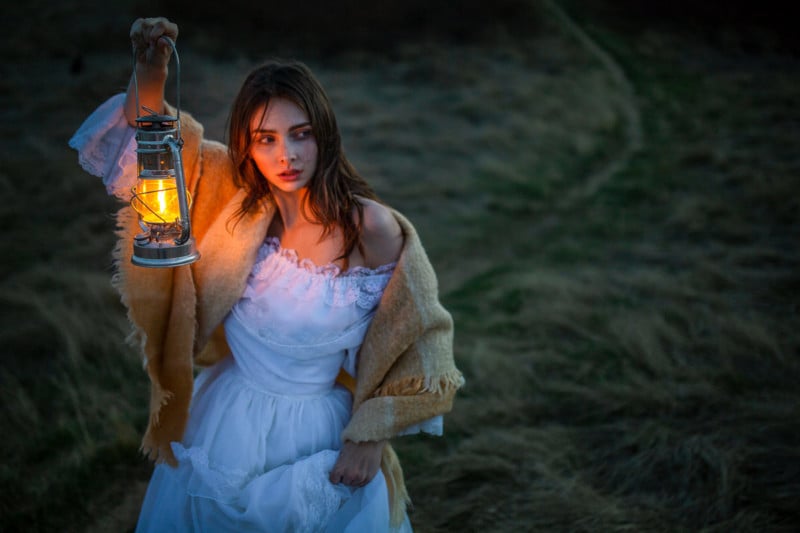 Rudnyk says she hopes these two shoots will encourage photographers to not become discouraged by failure but instead to glean lessons for better future shoots.