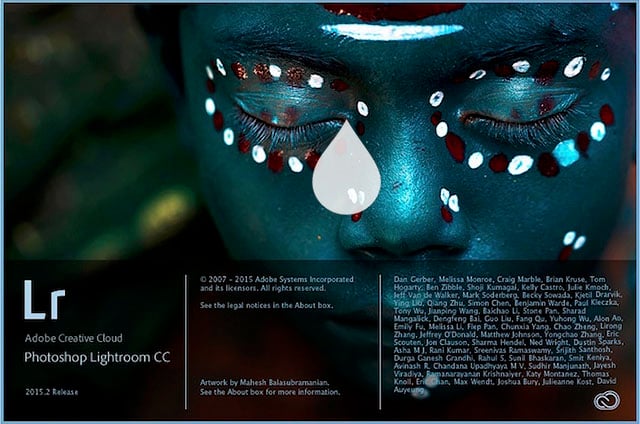 Adobe has published an apology following this week’s fumbled Lightroom update that caused slowdowns/crashes and removed features from the Import function.

“I’d like to personally apologize for the quality of the Lightroom 6.2 release we shipped on Monday,” product manager Tom Hogarty writes on Adobe’s Lightroom Journal blog. “The team cares passionately about our product and our customers and we failed on multiple fronts with this release.”

Hogarty writes that Adobe was aware of the bug before shipping the software, but “the scope of the bug was unclear,” so Adobe decided to ship with the bug in the update while engineers searched for a reproducible case that would allow them to fix the bug. Unfortunately for Adobe, the bug affected quite a few people before Adobe pushed out another update with a fix yesterday.

Photographers have also been grumbling about how the Import feature has been “dumbed down” and how some useful features have been removed (namely “Eject on Import” for automatically ejecting memory cards after photos are imported, as well as a “Move” option that lets you have files moved after they’re imported). Hogarty addresses these complaints as well.

“The simplification of the import experience was also handled poorly,” he says. “Our customers, educators and research team have been clear on this topic: The import experience in Lightroom is daunting. It’s a step that every customer must successfully take in order to use the product and overwhelming customers with every option in a single screen was not a tenable path forward. We made decisions on sensible defaults and placed many of the controls behind a settings panel.”

“At the same time we removed some of our very low usage features to further reduce complexity and improve quality.”

From the 180+ comments left in Adobe’s blog post in less than 24 hours, it’s clear that photographers didn’t agree with which features were “low usage.”

“‘Very low usage features’? According to who?,” writes commenter David Madison. “I used the feature to eject the card after import every single time I imported images! I have over 300,000 images in my catalog. That represents a lot of imports.”

Hogarty’s response: “David, we have in-product analytics that measures feature usage and we also reference that against the quality of any one feature and the effort required to bring it up to our standards.”

Stat of the day: 30,600 Number of search results on YouTube for "Lightroom Import"

“I use every single step of the ‘old’ Import panels, including ‘move’ and the directory tree with the +(and italics) folder to be created,” writes commenter Clicio Barroso Filho. “Please give us back our so much used options on Import?”

“Thanks for the specifics,” responds Hogarty. “We’ve been gathering productive feedback all week.”

Other photographers in the comments suggest that Adobe should offer two Import styles: a simple “basic” one for beginners and a fuller “advanced” one for professionals who weren’t overwhelmed by the old system.

“The team will continue to work hard to earn your trust back in subsequent releases and I look forward to reigniting the type of dialog we started in 2006,” Hogarty writes. No word yet on whether Adobe plans to bring back any of the “low usage features” that were taken away, but at the very least, Adobe hears the outcry and is working to make things right.