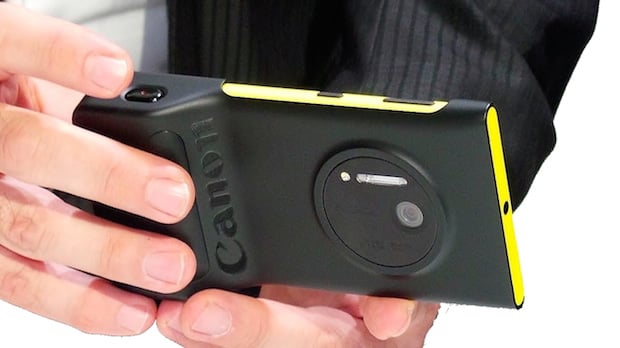 Future iterations of the already-impressive Nokia Lumia PureView cameras might sport Canon tech, thanks to a newly-signed patent agreement between the Japanese camera company and Microsoft, who recently bought Nokia.

The details of the deal are still somewhat shrouded in mystery. Microsoft, who announced the news, didn’t reveal any details regarding what specific patents were changing hands or how much money the deal cost except to say that the agreement includes “certain digital imaging and mobile consumer products.”

That statement has led to two different assumptions. First, many believe that Microsoft will take advantage of this deal and put Canon tech in Nokia’s phones… that seems most likely. Second, SlashGear posits that Canon might take advantage by releasing a smart camera like the Samsung Galaxy Camera, only running Windows Phone OS rather than Android.

Both options are intriguing, and though Microsoft is being hush-hush about the details of this agreement, we’ll be keeping a close eye on both Nokia and Canon to see what, if anything, manifests for consumers.