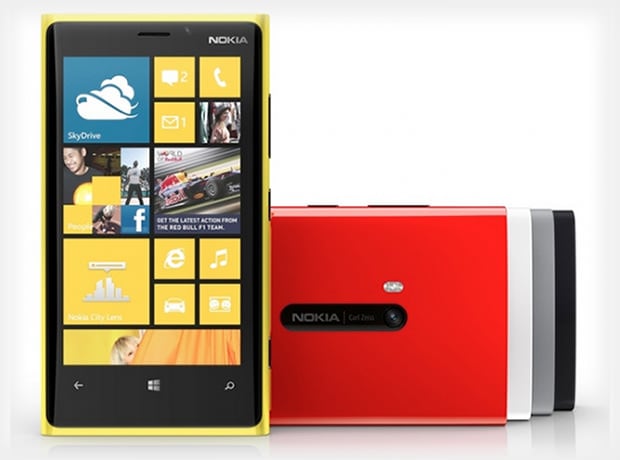 After Nokia unleashed its 41-megapixel 808 PureView phone back in February, most people thought that it would set the bar for future phones branded with the PureView monkier. “PureView” came to mean, “a ridiculous number of megapixels in a phone camera.” Turns out that’s not the case.

The company unveiled its new Lumia 920 phone today, which also carries the PureView name. It features a much more modest 8-megapixel camera, showing that PureView isn’t about the megapixels after all.

The camera features a Carl Zeiss lens, and is reportedly superior to all previous Lumia phone cameras. The Verge reports that, despite the fewer megapixels, the phone offers a great camera attached to a great phone, rather than an absurdly awesome camera attached to a disappointing phone:

[Nokia’s Lumia 920 is] a powerful Windows Phone smartphone with a PureView camera. But, instead of having a massive 41-megapixel sensor, it uses a much more pedestrian 8-megapixel chip. Where the 808 PureView allowed for very impressive zooming and amazing control over depth of field, the 920 has no such abilities. However, Nokia is quick to point out that the 920’s camera is no slouch. It features a new, “floating lens” optical image stabilization system (that uses a set of tiny springs to stabilize the lens) for much sharper photography in low-light situations, an improved app and camera interface, and the ability to record 1080p HD video.

Just as the monstrous number of pixels was the 808 PureView’s distinguishing factor, the new “floating lens” technology is the Lumia 920’s. It’s a first for cameras in the smartphone market, and offers major advancements in image stabilization.

Here’s a short promo video for the floating lens feature, showing how much it can stabilize your imagery [Update: It has come to light that Nokia actually faked the footage.]:

Other specs and features for the device include a 4.5-inch 720p screen, a 1.5GHz processor, and wireless charging using a special charging pad.

No word yet on pricing or availability.

Ritz Camera to Go Up For Public Auction Tomorrow, Use Your Gift Cards Today