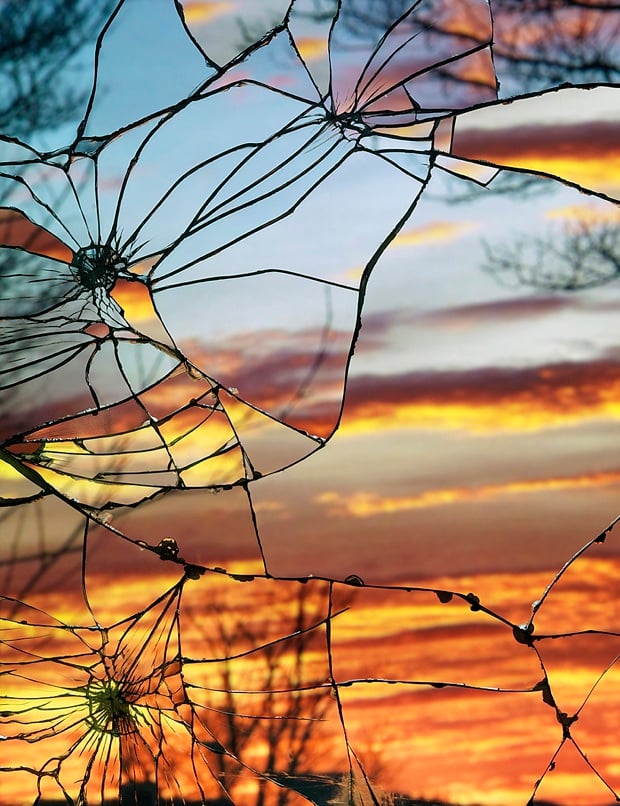 Sunsets are beautiful. They’ve inspired songs and paintings, they’ve been the backdrops to weddings and celebrations, and overall they’re natures way of ending almost every day on a beautiful note.

However, as photographers, we often see them as something of a cliché. To change that up a bit, photographer Bing Wright decided to create a series of images titled “Broken Mirror/Evening Sky” that add a new element to the equation. As you can see from the image above as well as those below, it looks like he photographed some beautiful sunsets through broken windows. But that wasn’t exactly how the images came to be.

According to Bing, the images were created in his studio by projecting his sunset photos at broken mirrors that were angled towards the projection. That way, when he captured the shot, it made it look like he had snapped the photograph through broken glass.

Apparently Wright isn’t aware of the whole bad luck aspect of breaking mirrors, because he broke “a lot” in order to get 16 break patterns good enough to use for the final images. Here are the remaining images from the collection: 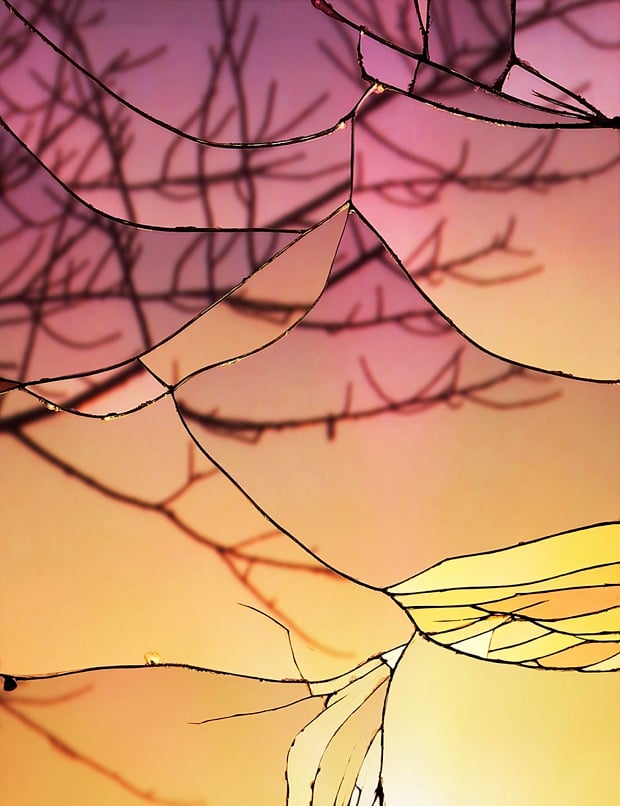 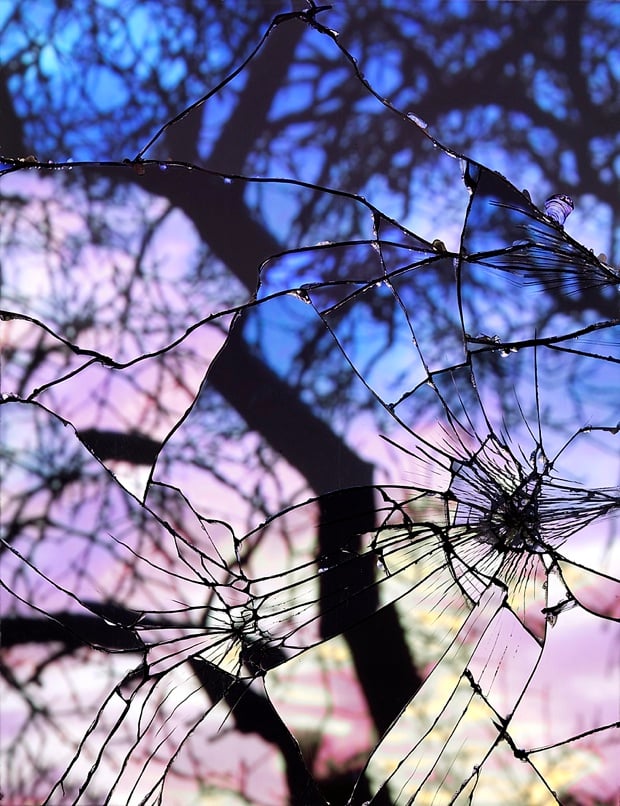 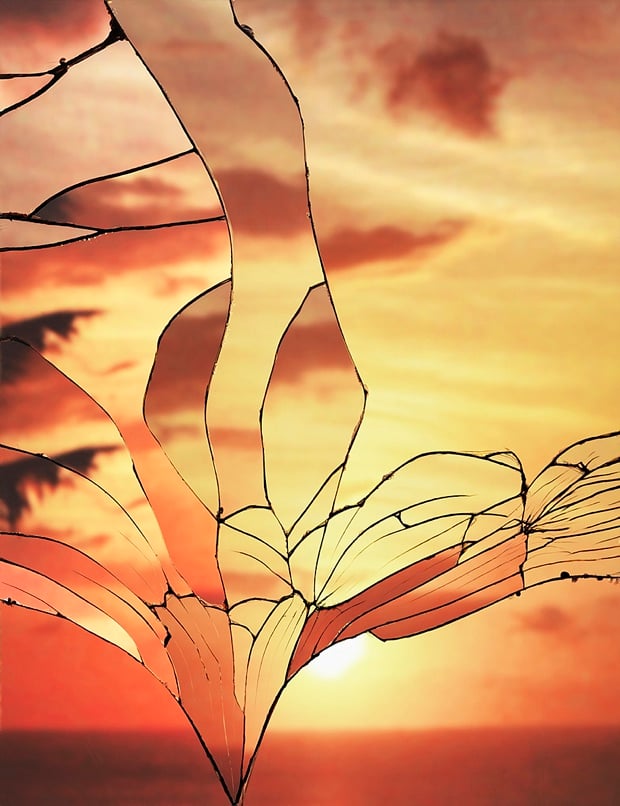 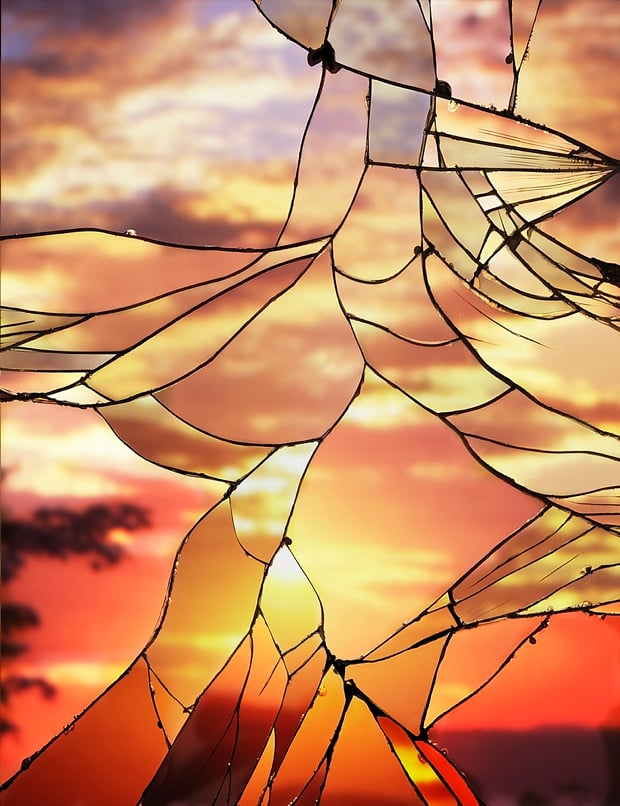 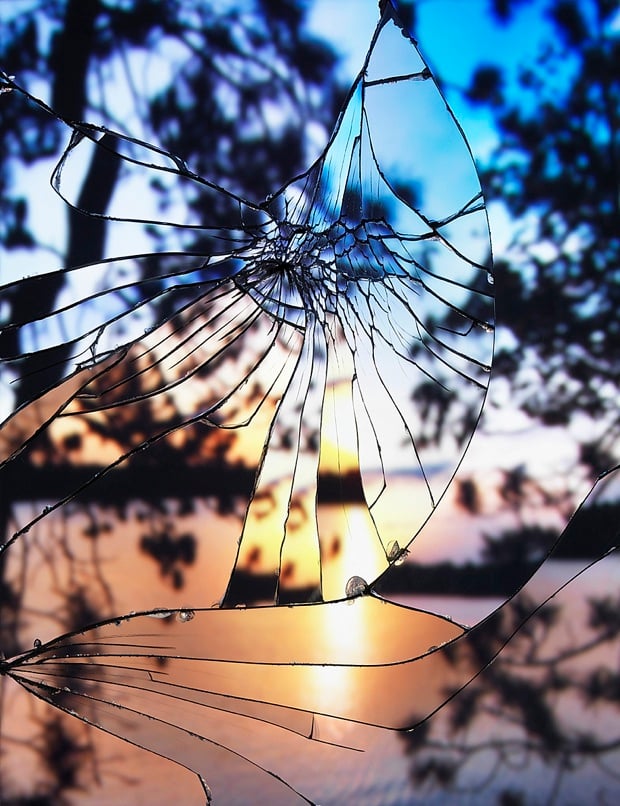 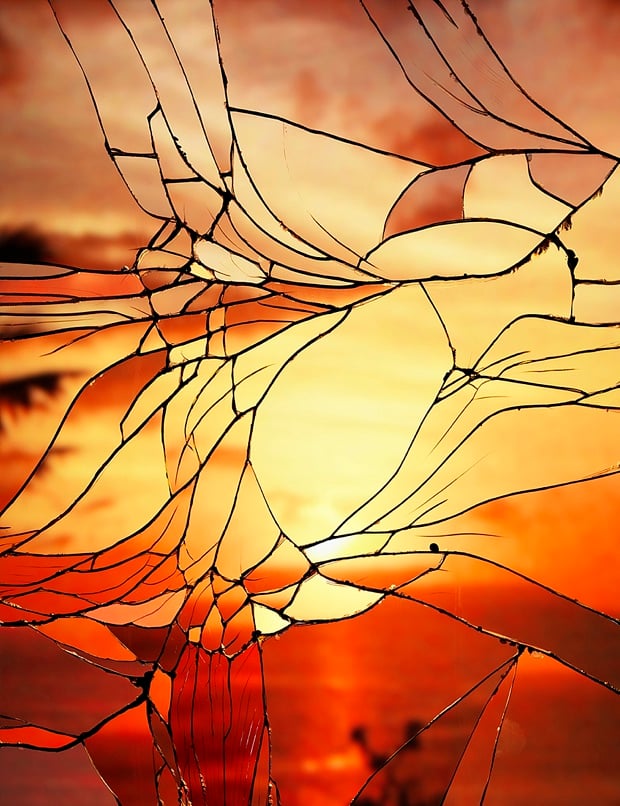 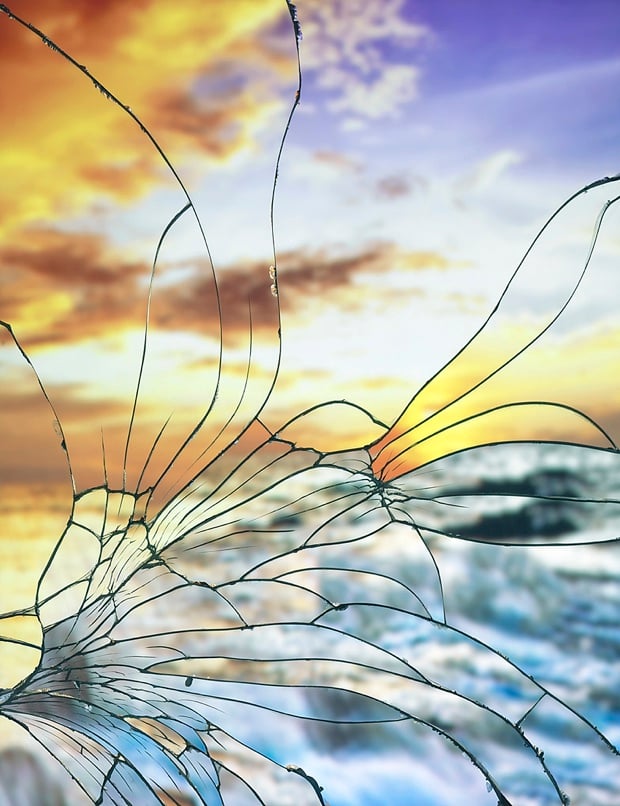 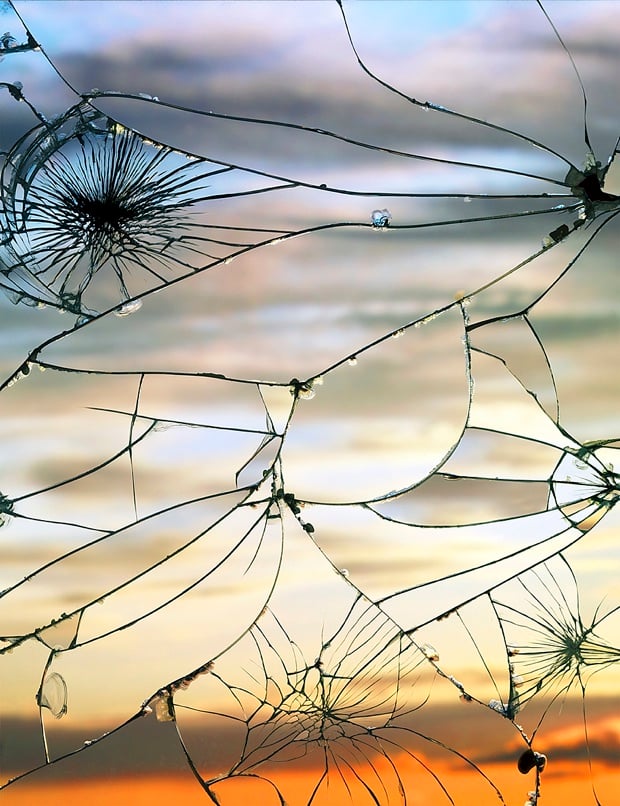 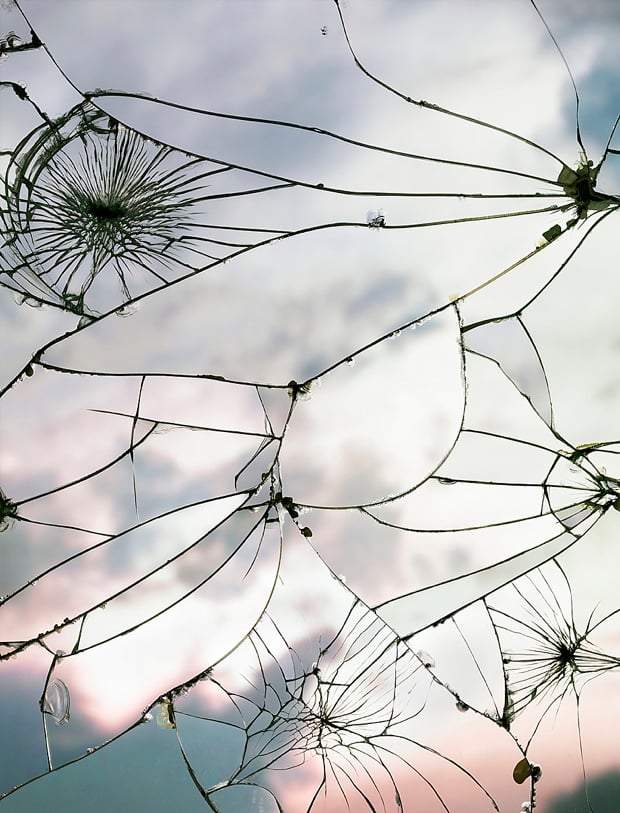 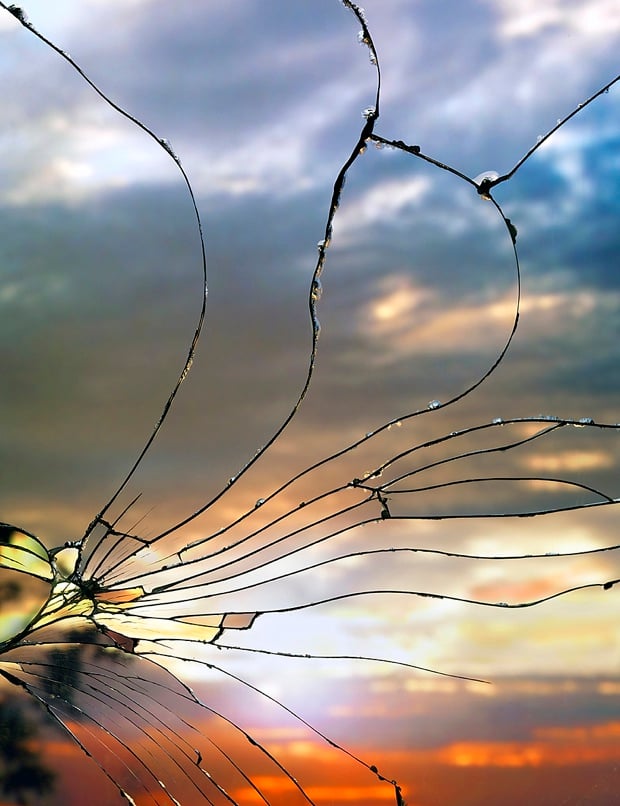 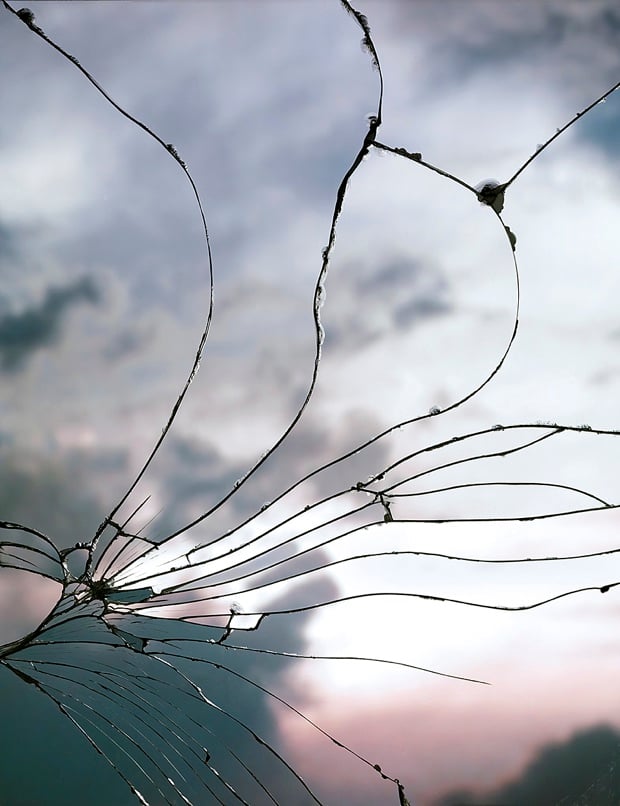 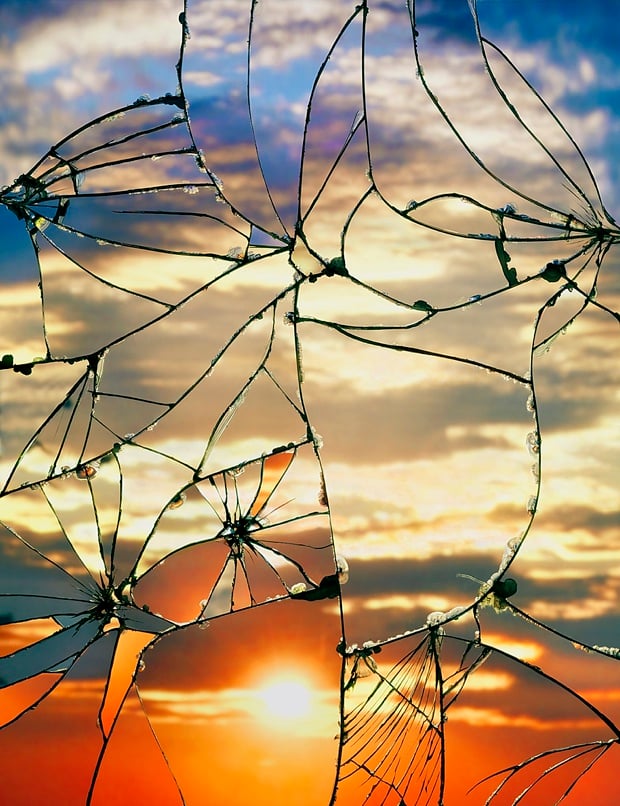 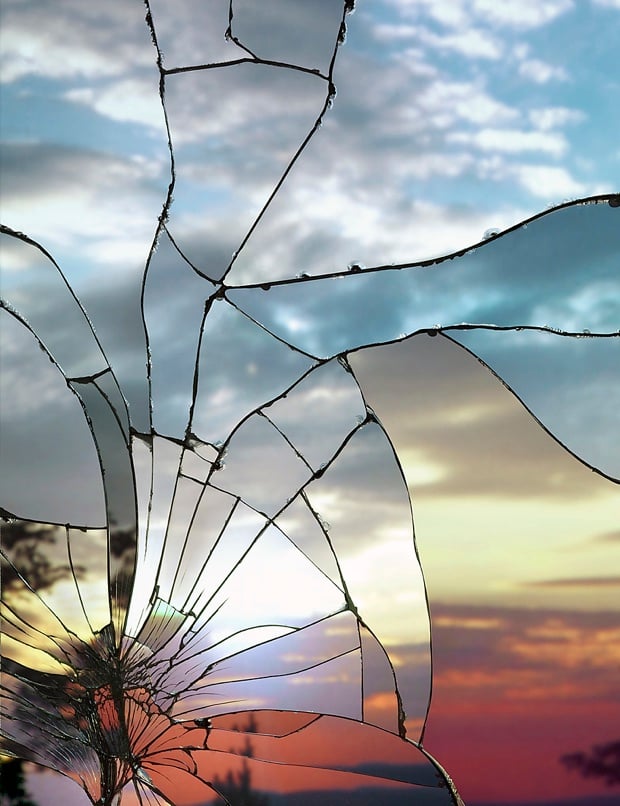 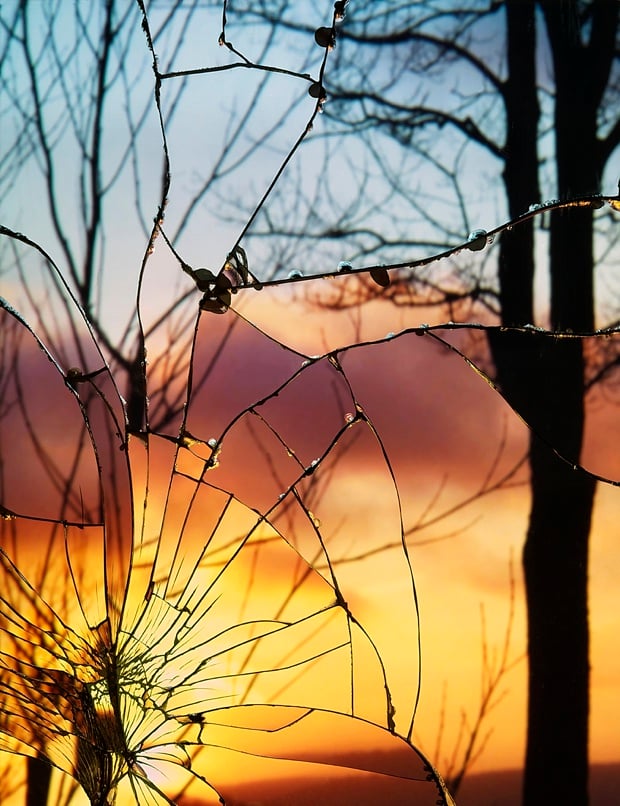 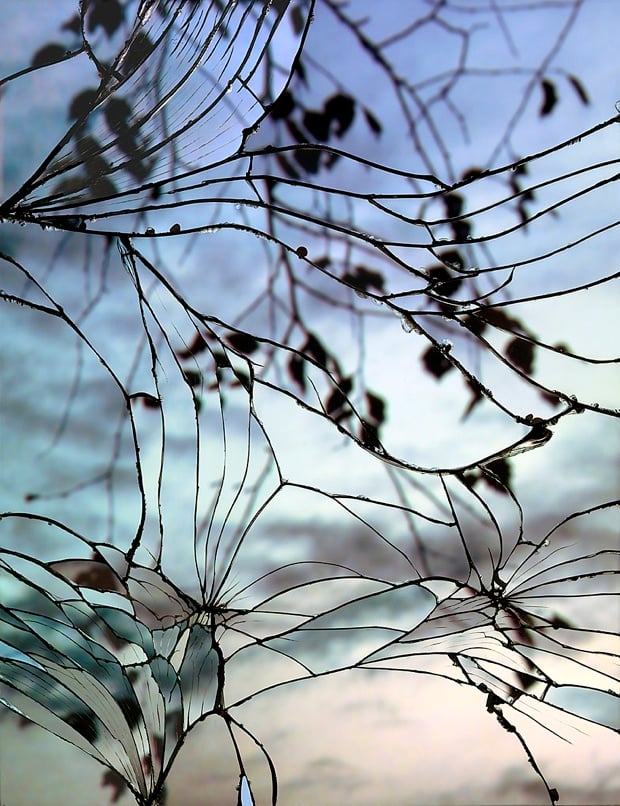 The photographing of the images was only part of the project though. To get the final result Wright had in mind, he had to print them life-size, as 4’x6′ prints, where they were then displayed earlier this year in the Paula Cooper Gallery in New York. At this size, the prints would take on an almost stained-glass aesthetic, making it seem as though you’re looking through a broken window.

It’s a gorgeous collection of images and although there are sure to be those people who choose to criticize his method of creating them, you can’t argue with the results. It’s just a shame most of us won’t get to see the full-size prints in all their glory.