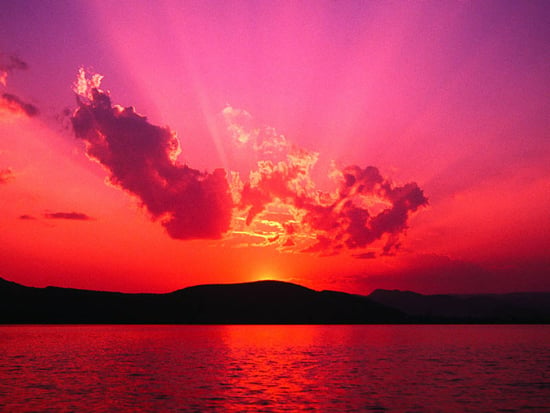 It’s a sad day for the Internet… according to Trend Micro’s security analysts, it’s been discovered that photographs of both sunsets and — even more heartbreaking — cats being shared across the web contain malware capable of getting into your bank accounts.

Known as “ZBOT,” this particular malware downloads a JPEG file to the affected computer without the user’s knowledge. While it’s unlikely anyone would come across the file (due to it being hidden deep inside your file system), even if they were to somehow do so, it would look like nothing more than one of your photos gone astray.

From there, using steganography — a form of hiding a message or file within another file (such as a JPEG in this case) — the malware keeps an eye on its database of banks while waiting for you to visit on the web. Once you’ve managed to visit the site, the malware makes use of a particular framework that allows it to more easily bypass security systems you may have installed on your computer and steal information such as login credentials.

Currently, they’ve been seen in the form of both rainbow images, as well as images containing a cat laying on a pile of money, although the particular cat image has just about disappeared now that people know it can cause harm.

Christopher Budd, the Global Threat Communications Manager for Trend Micro, shares a solid piece of advice if you want to steer clear of this problem: “If you receive an email with a colorful rainbow or cute kitty, don’t open it unless it is from a known party.”

We may be a bit less prone to fall for this, since we keep better track of the photos on our computer than most, but if your parents or grandparents are anything like mine, you might want to tell granny not to click on that photo of Grumpy Cat she received in an email from a stranger…

(via Trend Micro via BoingBoing)