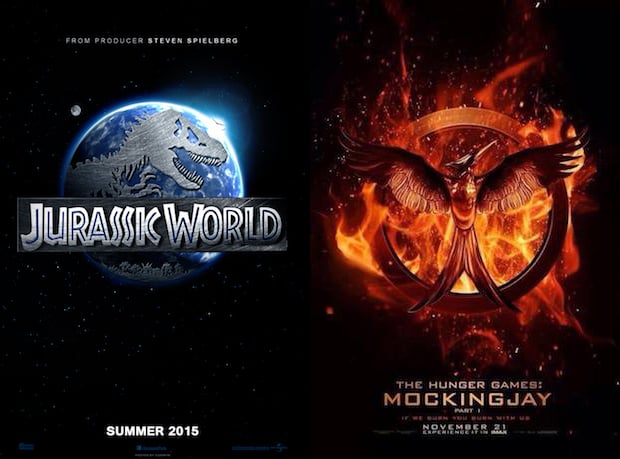 At a time when digital production workflows are becoming more and more ubiquitous within Hollywood, the news of a director utilizing an analogue workflow on a big production always seems to strike a chord with those who appreciate the aesthetic and feel of film.

Thankfully, for those of you who do enjoy such news (myself included), two major directors are choosing film over even the highest-of-res digital for their upcoming (and already released) blockbusters.

First is director Colin Trevorrow, announcing via a tweet that for the fourth installation of the Jurassic Park franchise, Jurassic World, they’ve decided to use film.

Making use of both 35mm and 65mm Kodak film, in combination with Panavision equipment, they’re opting out of shooting digitally. While he’s yet to give a definitive reason, a bit of quick research on IMDB gives you the impression that he’s trying to keep the aesthetic of the first three films, all three of which were shot on Panavision equipment and Kodak film.

The second is director Francis Lawrence (no apparent relation to Jennifer, I checked), who took over the direction of The Hunger Games series starting with Catching Fire.

He’s also electing to go “old school” by using Panavision cameras and lenses because he wants to bring back the “intimate and flawed experience” that analogue film provides.

Lawrence’s director of photography, Jo Willems, backs up his director’s choice. “I think there’s something very human about shooting with film,” he tells Yahoo! Movies. “It feels less machine-made […] I find digital always a little bit clean.” Willems also added that the grain structure and flawed aesthetic is something that draws him in.

Analogue film may not be making a strong comeback, but in an age of RED cameras — and comparatively disposable 5DMIIIs and D800s — it’s nice to know there are those willing and even excited to use the physical format. Each have their strengths and weaknesses, so to each their own, but let us know which you prefer in the comments down below.

(via Fstoppers and The Phoblographer)

Headshots: Funny Self-Portraits that Show Stuff Hitting the Photographer in the Face