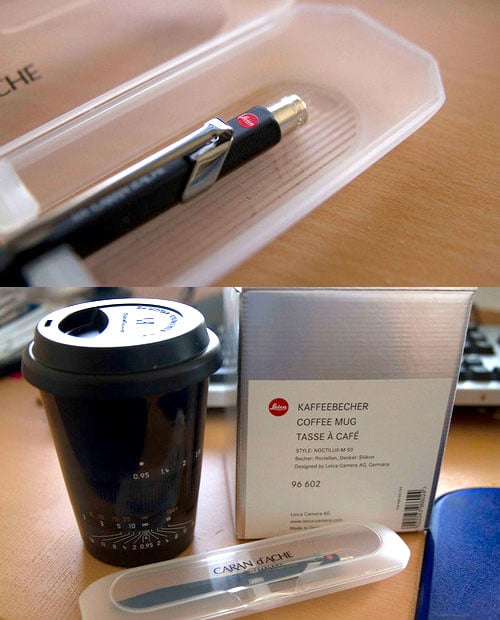 Canon started quite a fad back in 2010 by handing out novelty lens mugs at the Vancouver Olympic games. Within two years, it seems like everyone is making and selling lens-shaped coffee mugs now. If you thought Leica had stayed out of the craze, think again. Leica Rumors spotted the pen and coffee cup above being sold on eBay last week. The luxury Caran d’Ache pen carries the familiar red dot, while the cup features Noctilux lens markings.

By the looks of the packaging of the two items, it seems that both are officially licensed collectable items (though we could be wrong).

The two items ended up selling for 61 euros, or about 80 bucks.

Another strange product was also spotted over in Japan last week. Mirrorless Rumors writes that Pentax is doing a promotion that involves a Pentax Q10-branded watch. 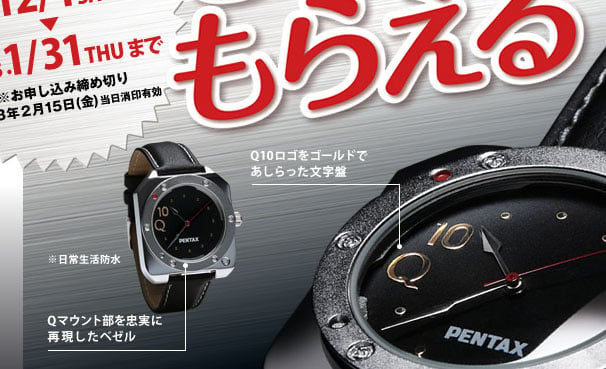 The tiny-sensor interchangeable lens Q10 isn’t selling so well here in the States, but apparently it’s a hot commodity over in Japan.

It’s interesting that more companies appear to be offering novelty gear-inspired collectible items, but neither of the two kits seen here compares to the weirdness of the Nikon lens vacuum cleaner that we featured last week.

BTS: Photographing an Album Cover with a Band Blended Into a Zebra Lane

The Simplified Guide to Getting Started in Photoshop