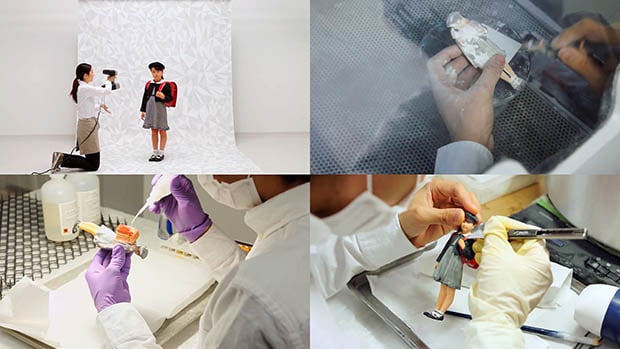 Earlier this month, we wrote that the world’s first 3D photo booth had popped up in Japan. The studio looks like it’s designed for ordinary portraits, except the “photographers” capture you with fancy handheld scanners and then turn your into miniature sculptures instead of photographs. Since then, more information has emerged that provides a better look at how the whole thing works.

First, check out this interesting promo video that shows glimpses of the processes and a number of final products:

First, the subject’s body is scanned into a computer using a handheld 3D scanner. The person must remain motionless for up to 15 minutes during this step.

Next, a 3D model of the subject is generated using the scan data. Since the data isn’t too specific, smaller details (things like hair and clothes color) need to be manually specified during this step.

Finally, the 3D model is turned into a physical miniature figurine using a color 3D printer. From start to finish, each of the sculptures can take 1-2 months to create after the “photo shoot.” 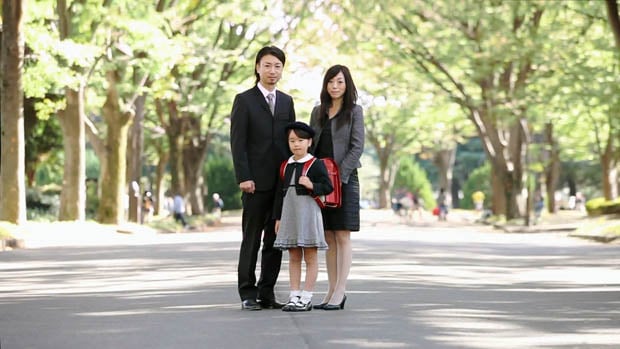 The photo booth will be open until January 14th of next year. If you live in Japan and would like a sitting, you can make a reservation over on the official website.

Humor: What if Monopoly Were Designed With Photographers in Mind?