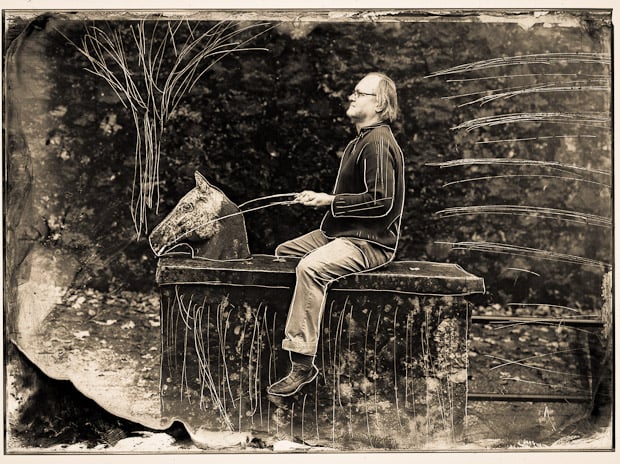 Slovenia-based professional photographer Borut Peterlin was recently tasked with shooting a portrait of painter/illustrator/author Milan Erič for influential Slovenian magazine Mladina. Peterlin decided that he wanted to create a wet plate collodion photo, but spent weeks worrying about whether he would be able to accomplish it given the tight schedule of the on-location shoot. He writes:

I can’t get rid [of] questions like where will I work, who will complain about it, where will I get water, will there be a drain to waste used water and developer, will there be enough light, will the person being portrayed have enough patience and what if something will go wrong with chemistry? If everything goes well, I make a portrait in an hour and if it doesn’t…

The night before the shoot, Peterlin decided to just play it safe by shooting the portrait on standard film and then converting the picture into a wet plate “in post” in a darkroom. 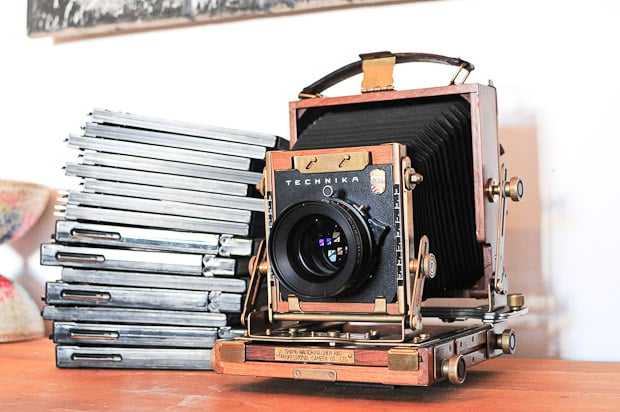 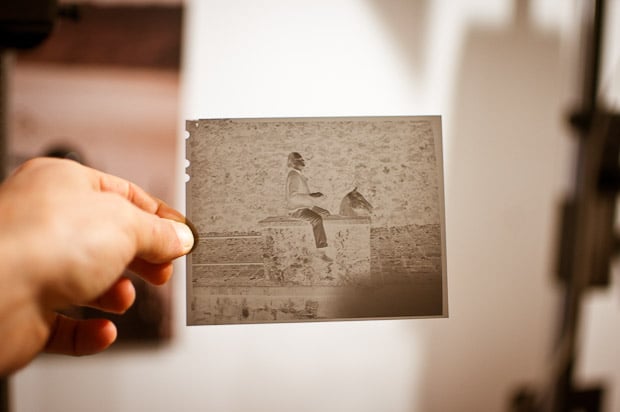 He then used his Durst 138s enlarger to project the 4×5″ negative onto a 5×7″ sensitized glass plate held in a wet plate holder: 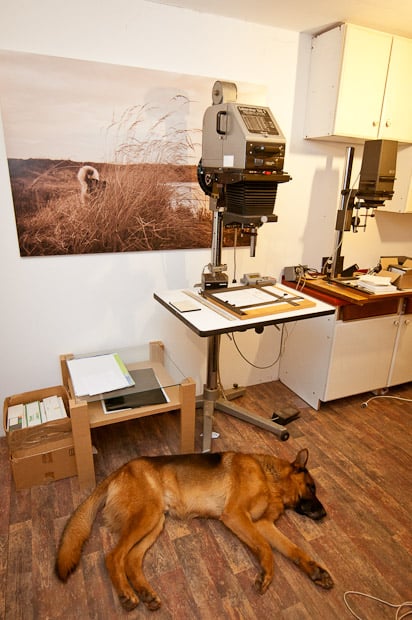 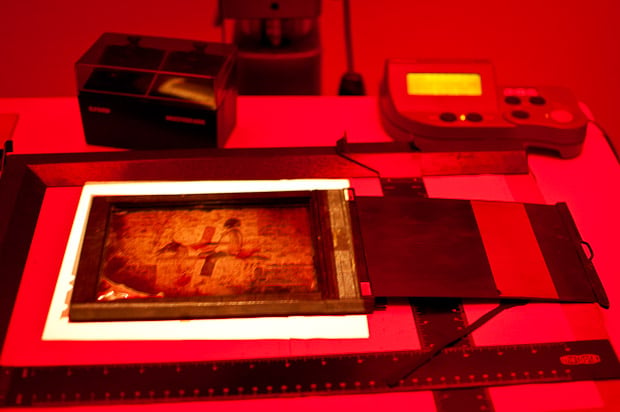 Peterlin then took the resulting ambrotype and stylized it by scratching the glass prior to scanning: 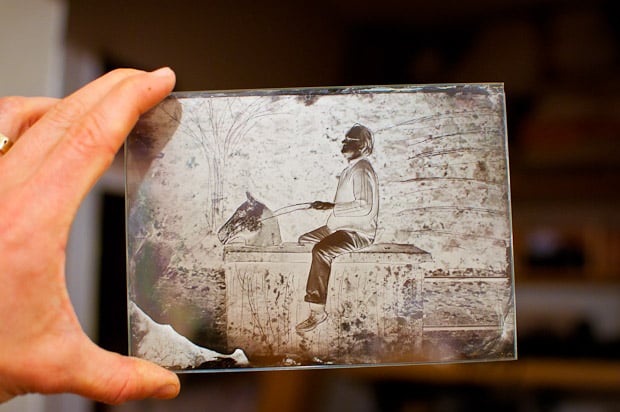 …resulting in this finished portrait of the animated film maker:

Here’s how the image appeared in the magazine: 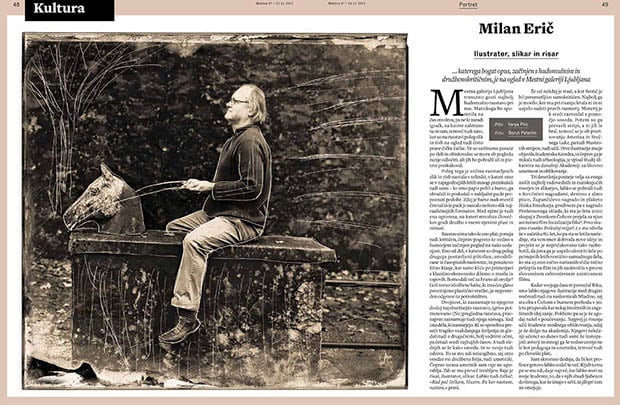 This is what Peterlin has to say about the pros and cons of this interesting technique:

The complicated procedure of wet plate collodion process on location was starting to stressing me too much and steered most of my energy from conceptual creative process into logistic/chemical issues. I wanted to give up, until I figure out this solution. I mean it’s not an invention or something, many people are or were doing it. Now, when I don’t [want] to worry how and where to develop, I can devote more of my energy back to concept of the image and what is the message of it.

There are some draw backs. Collodion is sensitive to UV and blue light and not sensitive to red and orange, so the skin of Milan Erič would look completely different if I would portrayed him originally with collodion process. In principle I could skip film entirely and do the image with digital camera, but my personal resolution is that I will make the procedure as simple as I need it, but not simpler then that! […] I love how lenses for large format draw and I love their depth of field.

You can find more of Peterlin’s work on his website and on his blog. There are also more details of this particular project in this blog post by Peterlin.

Thanks for sending in the tip, Sebastjan!

Image credits: Photographs by Borut Peterlin and used with permission