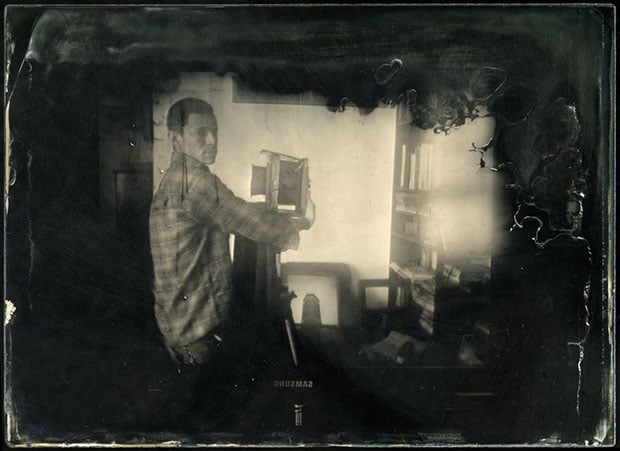 Last week we issued a challenge asking readers to shoot a creative mirror self-portrait using an alternative style of photography. Reader Agustin Barrutia took us up on that challenge, and created a pair of wet plate photographs that take the concept of “mirror self-portrait” to a new level (they’re unlike anything we’ve seen before). Both photographs are straight-out-of-camera wet plate photos that weren’t manipulated digitally. Barrutia simply used “mirrors” (one doesn’t involve a mirror, per se) and “reflections” in clever ways. 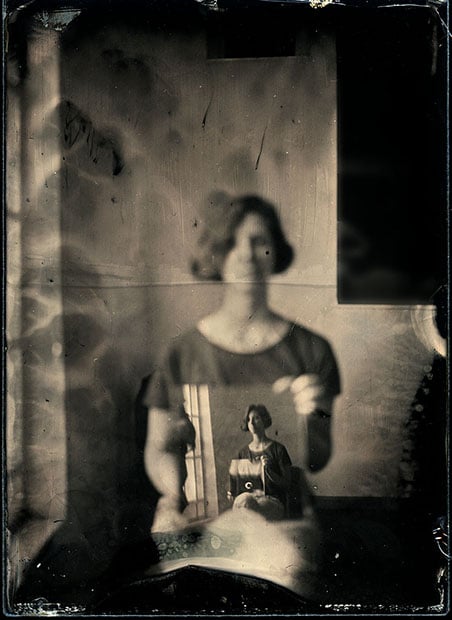 You can click either of the two photographs above to see a larger version.

Can you figure out how these mind-bending photographs were captured? Leave a comment with your explanation! (We may update this post with diagrams later.)

Image credits: Photographs by Agustin Barrutia and used with permission

Nikon: Get a Cleaning if You’re Bothered by the D600’s Sensor Dust