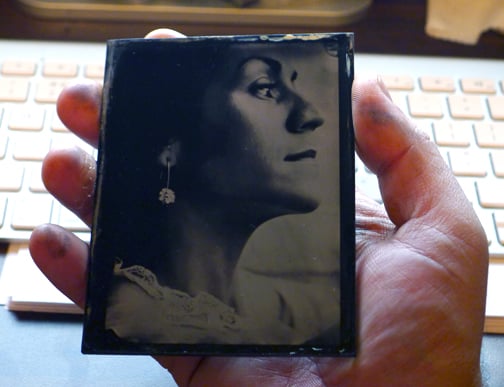 We’ve shared some interesting digital to analog conversions here in the past (e.g. printing iPhone photos using an enlarger), and here’s another one: create a digital wet plate by shooting a photo displayed on your computer monitor.

Wet plate collodion photographer Tony Richards recently saw this idea being mentioned online and decided to give it a shot. He pointed his camera at an image on his Apple iMac screen, and eventually got the wet plate seen above.

Here are four portraits from an older digital commercial shoot Richards did: 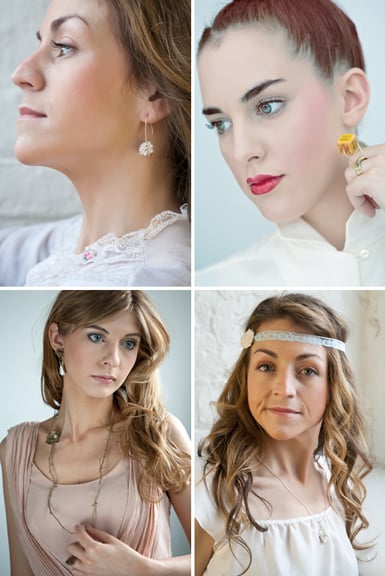 …and the wet plates that resulted (flip the photo on your screen if you’d like it to come out correctly): 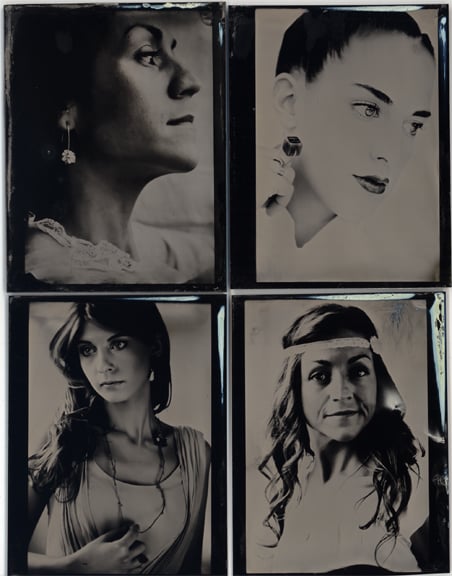 The quarter plates were all exposed for 30 seconds at f/4, some on black glass and some on Trophy Aluminum. 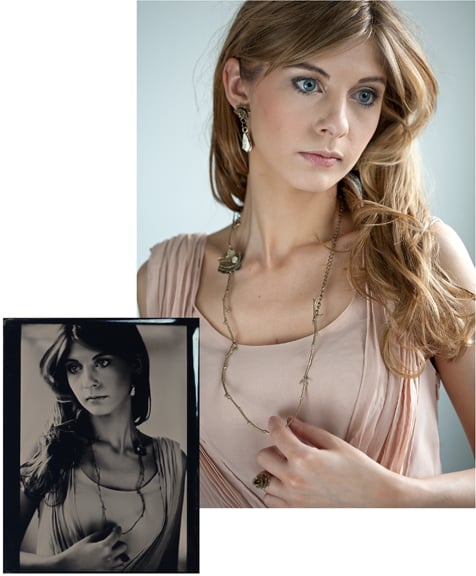 Here’s another attempt using a landscape photo of a building: 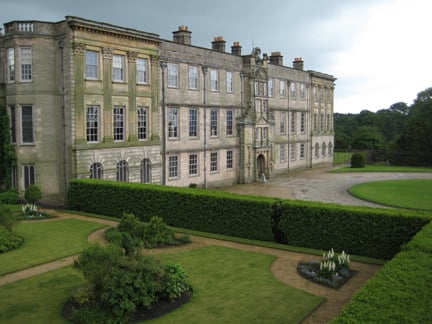 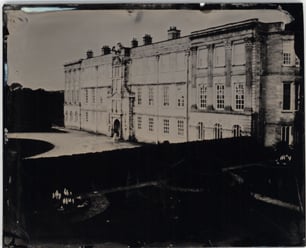 Seeing how well the “digital plates” turned out, Richards has begun offering this “Digitype” service as part of his photography business. Simply send him a digital photograph, and he’ll covert it into a bespoke tintype or ambrotype. He’s charging from £35 (~$57) for a quarter plate to £75 (~$121) for a whole plate.

We recently featured a different way of creating a negative prior to a wet plate. That negative was more literal: photographer Borut Peterlin shot his photo on a large format film camera and then printed the wet plate in a darkroom using an enlarger.

Update: Another photographer to check out (the one who inspired Richards to do this) is Gerald Figal

Image credits: Photographs by Tony Richards and used with permission