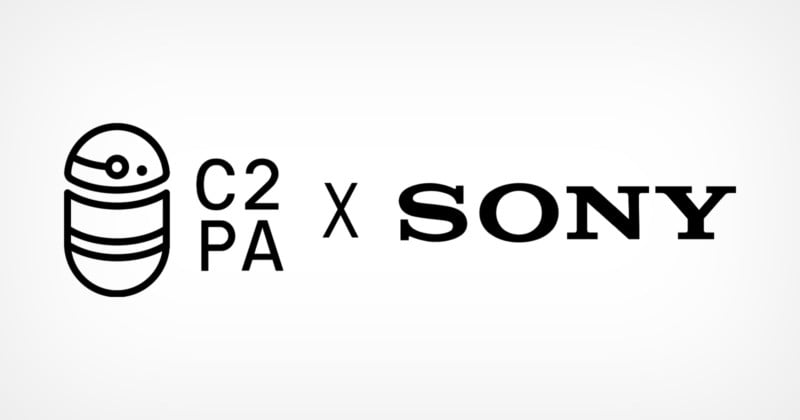 Sony has joined the Coalition for Content Provenance and Authenticity (C2PA) as its latest steering committee member. The C2PA is an open, technical standards body addressing the prevalence of misleading information online.

The C2PA is an open, technical standards body whose purpose is to address the prevalence of misleading information online through the development of technical standards for certifying the source and history (otherwise known as provenance) of digital content.

C2PA was launched in February of 2021 and is a unification of the efforts from the Adobe-led Content Authenticity Initiative (CAI) — which focuses on systems to provide context and history for digital media — and Project Origin, a Microsoft and BBC-led project that was designed to tackle disinformation in the digital news ecosystem.

In January, the C2PA released the world’s first industry-standard specification for content provenance to promote widespread adoption of tools to identify the source and history of digital content. Version 1.0 of its technical specification is the first of its kind and is designed to empower content creators and editors to create tamper-evident media by enabling them to selectively disclose information about who created or changed digital content and how it was altered.

Now, Sony has joined the ranks of the C2PA committee — which includes founding members Adobe, Arm, BBC, Intel, Microsoft, and Truepic, and Twitter — and the organization says that Sony’s membership marks a major addition to the coalition, as it is one of the largest and most popular manufacturers of digital cameras in the world.

“As the C2PA continues its work to address the prevalence of mis/disinformation and to scale transparency and trust in online content, Sony’s deep expertise in the hardware space will be invaluable in accelerating progress toward global adoption of the technical standard for digital provenance,” the CP2A says.

“Sony’s Purpose is to fill the world with emotion through the power of creativity and technology,” said Kenji Tanaka, Senior Vice President of Sony Corporation. “While mis/disinformation continues to challenge society’s trust in digital content, we are joining C2PA to confront the matter at large. We are excited to collaborate with the other steering committee members of C2PA to develop meaningful standards for creators, consumers, and others.”

Sony has been extremely active in working with different organizations and securing strategic partnerships over the last year. In November, it secured itself as the exclusive camera provider for USA Today and Gannet, a move that followed a similar agreement with the Associated Press in July of 2020. It also became the exclusive camera provider of The Canadian Press and the largest national news agency in the United Kingdom and Ireland, PA Media Group, in the last year. Earlier this month, Sony partnered with the American Society of Media Photographers (ASMP) to expand its education platform. For Sony, it does not appear to be enough to hold some of the top honors in camera sales as it continues to expand its influence across the industry.