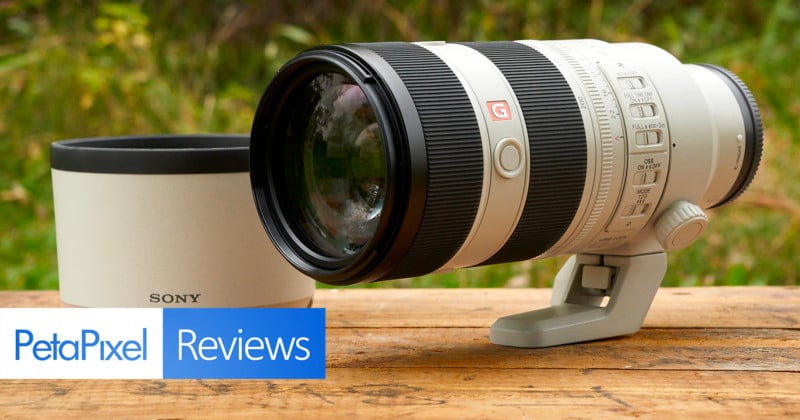 Sony has built up its G Master series of premium lenses as being the pinnacle of lens design for their customers. So what happens when that lens design begins falling behind after five years on the market? Hit refresh.

While the new Sony 70-200mm f/2.8 GM OSS II brings significant developments over the original, its overall size is still the same. That puts it at 7.87 inches (200 millimeters) long and 3.46 inches (88 millimeters) in diameter. Its weight, however, has dropped from 3.26 pounds (1480 grams) to 2.30 pounds (1045 grams). Additionally, this weight is now centered right at the tripod foot for better balance.

Looking at the exterior, the lens has a good-sized focus ring at the front end. I find it easy to manipulate with just one finger while the rest of my hand can be gripping around the zoom ring for flexible control of the lens. Paired with a Full Time DMF (direct manual focus) switch, the focus ring can be enabled to always be active regardless if the camera is in an autofocus mode. One negative that stood out is that this ring seems to make a pronounced grinding sound when being turned that’s louder than any of the other lenses I have or have tested. 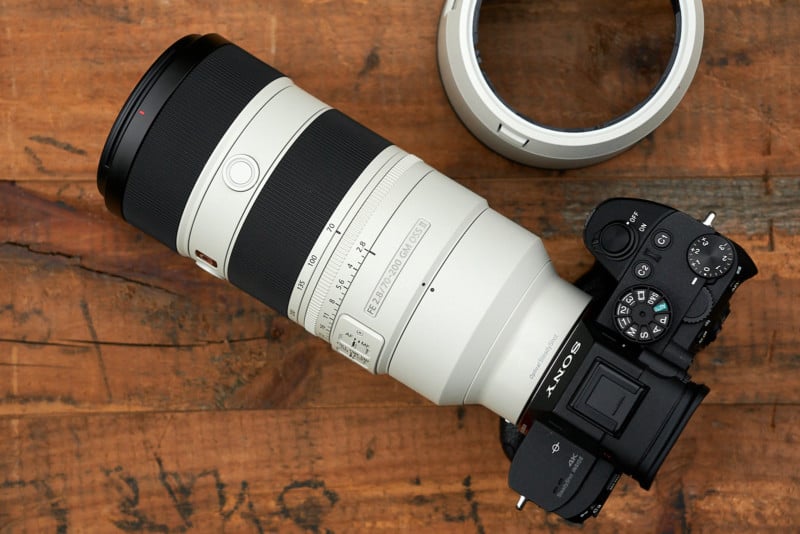 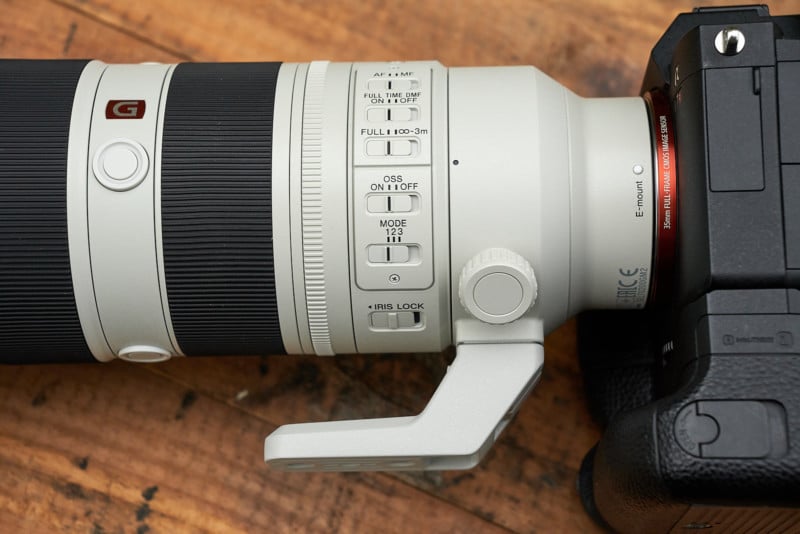 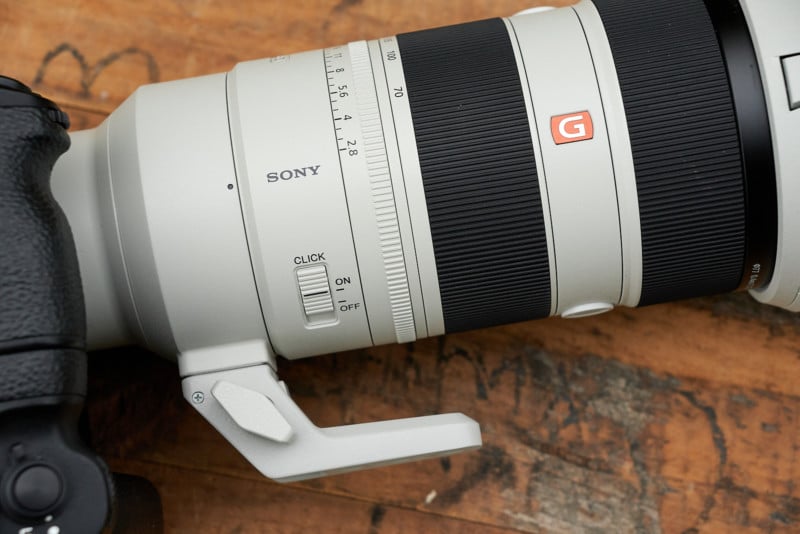 Moving to the zoom ring, it is slightly wider than the focus ring and has a good amount of tension to it. Paired with the fact this lens internally zooms and that the weight is not at the front, rather toward the back near the camera, I did not experience any zoom creep while walking around.

Behind the zoom ring is something that Sony has never done for a zoom lens before: added an aperture ring. The aperture sweeps the range of f/2.8 to f/22, of course, plus there’s an “A” setting to have the f-stops be set by the camera instead. Along with the aperture ring, the lens now has an Iris Lock switch on the bottom left side. This switch can lock the ring into staying on the “A” setting, or instead, it can lock the lens into the manual f-stop range but not allow it to accidentally cross over into “A.” On the bottom right, there’s an aperture de-click switch. 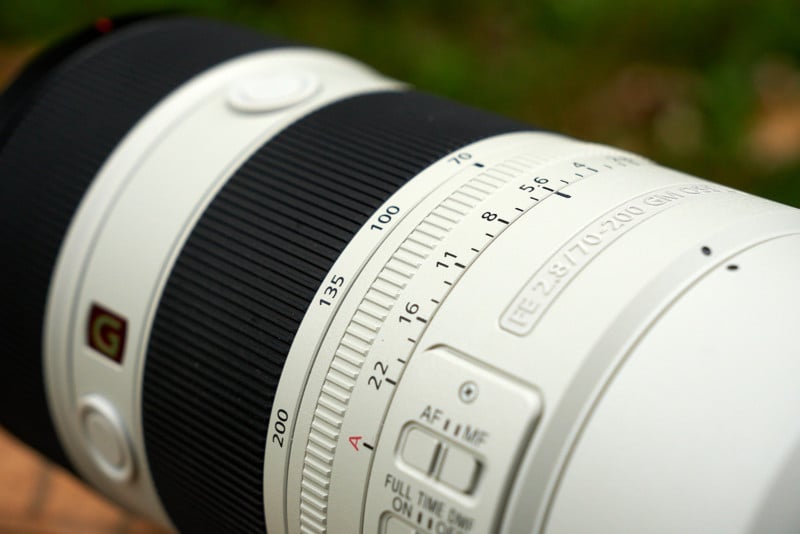 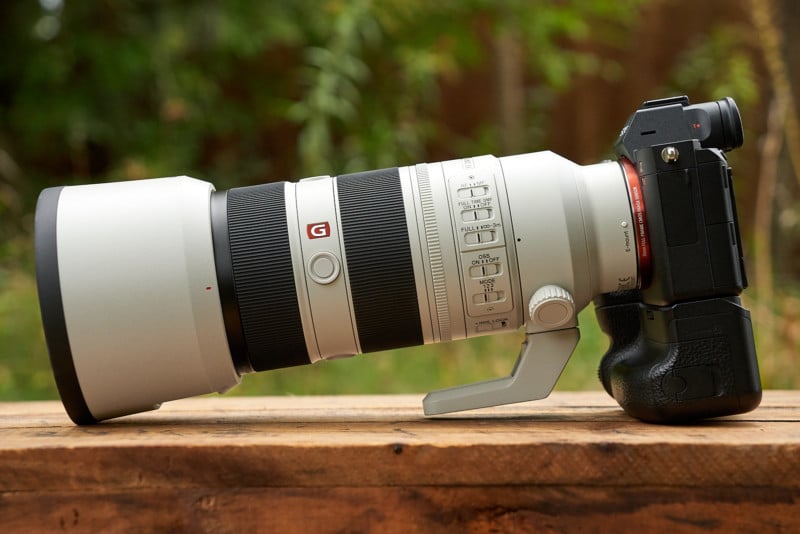 Some other quick notes to make about the build is that the quick-release tripod foot shamelessly still does not have a built-in Arca-Swiss plate as we’ve seen from competitors. It also does not have grooves at the horizontal and vertical positions that allow me to precisely change orientation without looking at the alignment dots. Lastly, the lens hood uses actual felt on the inside to absorb light and eliminate reflections which is a nice touch for a premium lens.

Moving on to the image quality, this lens has a new optical formula, uses new elements, and adds an ED aspherical element. As a result, this lens shoots impressively sharp even wide open, and the resolving power enables me to crop in 100% with almost no tell-tale signs I’ve done so. Color fringing is extremely tough to find even in hard contrast backlighting.

Further testing the sharpness, I found that at the center of the frame at 70mm, peak sharpness is obtained stopped down at f/7.1. At 200mm, peak sharpness at the center was at f/9. Looking at the corners of the frame, 70mm was sharpest at f/13 and 200mm was sharpest at f/13 as well. That said, I’d be comfortable shooting this lens from f/2.8 to f/20 and still feel confident I’ve obtained a good level of overall sharpness. 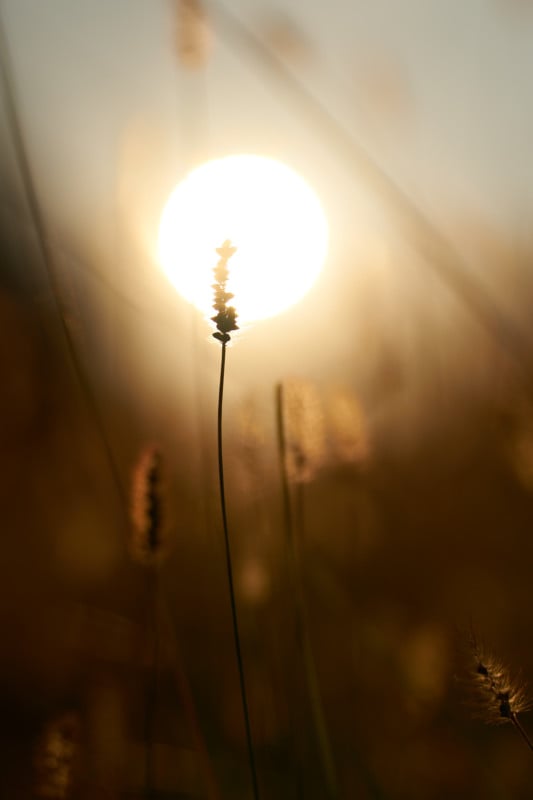 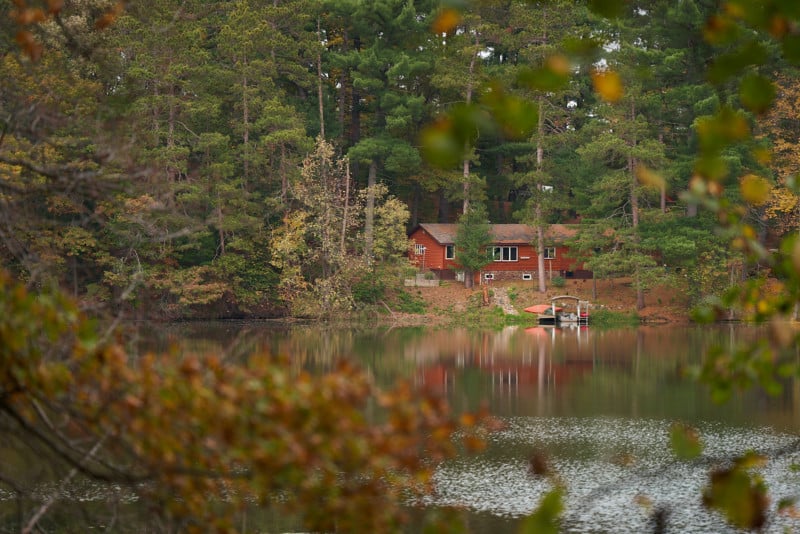 The whole zoom range shows prominent vignetting which clears at f/8. The samples below were shot with in-camera corrections off to better show what kind of compensation needs to happen. Of course, once these in-camera corrections are enabled and automatic profiles are applied in editing, this would be fixed at the cost of noisier edges from normalizing the exposure.

The new lens shares the 11-bladed circular aperture that was in the original and together with the new optics produces a fine out-of-focus blur. In instances where high contrast or busy backgrounds can often be challenging to wash away, I thought that this lens did a good job at handling these distractions for the most part. Bokeh balls have no ugly onion ring effect on the inside and even the edges show no hard ring. 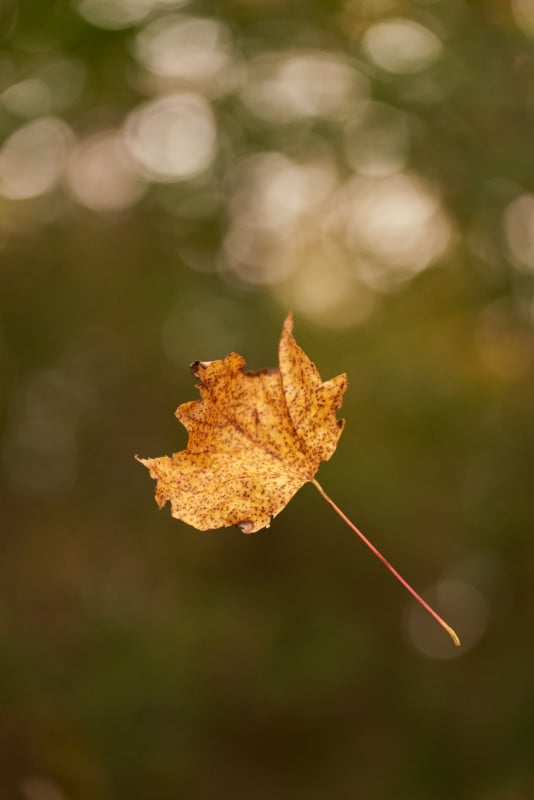 Shifting gears, let’s talk about autofocus: it may be the primary reason to buy the 70-200mm GM II. It’s blazing fast. The new lens uses four XD linear motors and Sony clocked it as four times as fast as the original. I believe it. The moment I knew this was the real deal is when I put on a 2x teleconverter and there was absolutely no change in its ability to instantly focus point-A to point-B on anything, anywhere.

Accurately autofocus tracking a moving subject is going to require a camera that can perform up to the task just as well. With that said, my a7R III handled tracking with the 70-200mm GM II better than most other lenses I’ve used on it. Paired with a newer, faster camera like the Alpha 1 will yield even better results.

Autofocus is also near silent. When sweeping the focus range there is a very quick, very quiet “creak” sound. In video mode, sweeping the autofocus produces more of a stutter, but it’s still very quiet. Tracking subjects produced little to no perceptible sound.

With the 65th E-mount lens, Sony has produced another winner. The Sony 70-200mm f/2.8 G Master OSS II steps up its autofocus in a big way, but also makes welcome changes to the operability by including Full Time DMF control and a physical aperture ring. Remarkably, this all comes in a lens that is nearly a pound lighter than its predecessor.

The first alternative that comes to mind would be the original Sony 70-200mm f/2.8 GM lens. The company has said that it will not be replacing it in the lineup with the new mark II model, rather it will be sold alongside it at a lower price. This aging lens was part of the initial launch of the G Master series in 2016 and although the autofocus system has fallen behind, it’s still made with G Master-qualifying XA lens elements that result in high image quality.

Another alternative for those that read these reviews more as an escape to fantasyland would be the much less expensive Tamron 70-180mm f/2.8 Di III VXD lens. For only $1,200, Tamron has impressed many photographers with how much image quality they can get out of this highly portable, fast telephoto lens at less than half the cost. The downside is it skips some of the build features like optical stabilization, a tripod collar, internal zoom, and customizable buttons.

Yes. Photography gear has come a long way in the five years that the original 70-200mm GM has been on the market. This update balances out the system and offers top-end performance to keep pace with the newest cameras.