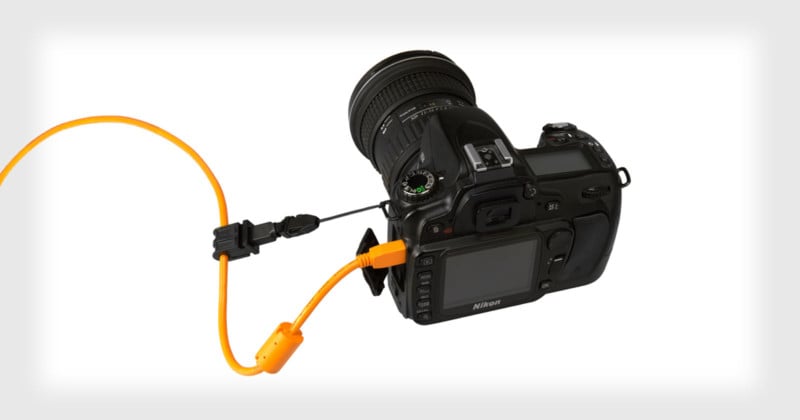 The camera accessory brand Tether Tools just earned a great deal of goodwill from photographers by taking a copyright infringement mistake seriously. After discovering that they had accidentally used a photographer’s image without permission, the company posted a lengthy apology and explanation on its website and social media.

“We messed up and would like to apologize,” company CEO Josh Simons writes in a letter posted late last week. “This is important stuff. It matters to us. It matters to our customers. And it matters to one photographer whose image we accidentally used without their permission.”

Tether Tools says that while redesigning its brand and website last year, the company mocked up a design concept using candid behind-the-scenes photos from Instagram of photographers using Tether Tools gear. When the redesign was finally launched, one of the site’s roughly 1,400 still had one of the mockup, For Placement Only (FPO) photos on it.

“The use of the image was accidental and simply an oversight. The photo was never used in any other way, not in advertising campaigns or print materials, nor to promote any specific product.”

During Thanksgiving, the infringement was brought to Tether Tools’ attention by a third party.

“We immediately removed the image and contacted the photographer directly to acknowledge the issue and apologize for our mistake,” Tether Tools says. “This incident does not live up to our own standards and image use policy and we are taking the issue very seriously. We value and respect the work of professional photographers and we understand how difficult it is to protect images in the ever-increasing digital age.

“There are no excuses for using a photo without permission. We have worked with many of you over the years. We have profiled hundreds of photographers, their processes, and their work and have requested equally as many photo permissions. Integrity and respect are at the core of Tether Tools and everything we do.

“This one unknowingly slipped by us.”

Here’s the full letter that was written and signed by Simons: 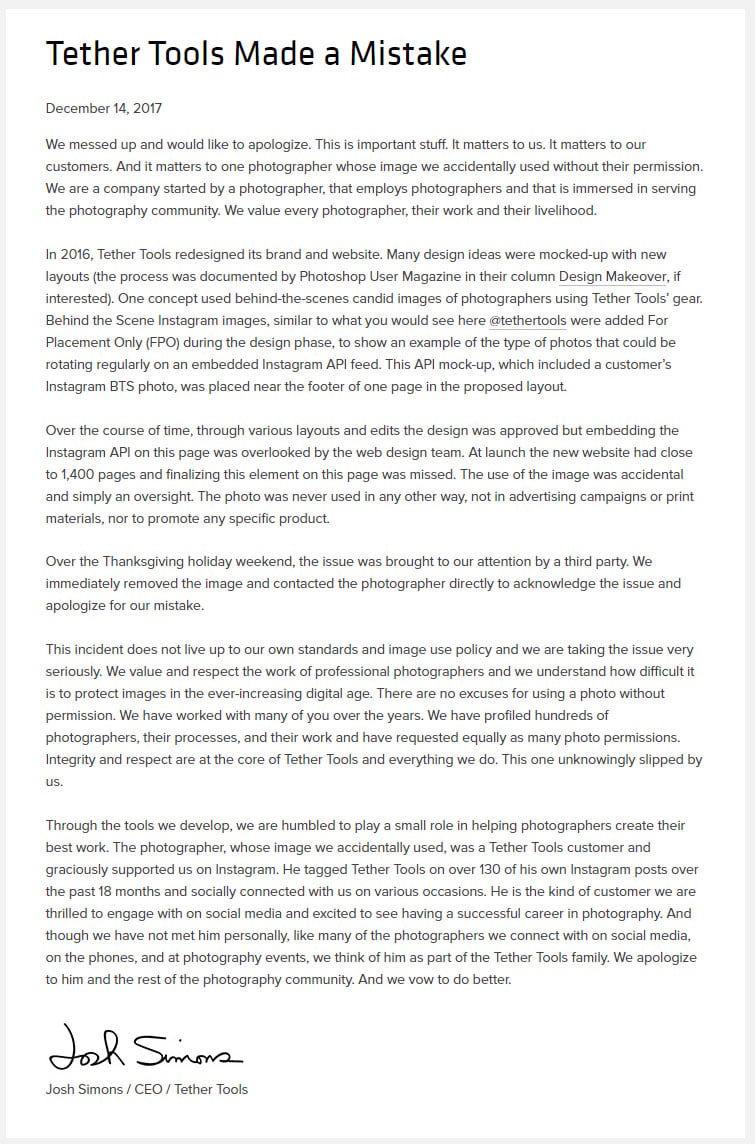 “We apologize to [the photographer] and the rest of the photography community,” Simons states. “And we vow to do better.”

(via Tether Tools via Fstoppers)

Update on 12/22/17: In response to comments on the matter, Tether Tools tells PetaPixel that it has compensated the photographer for the usage. Here’s a statement the company provided:

We’re inspired by the dialogue this incident has created. To update, Tether Tools has been in communication with the photographer since we were made aware of the issue. We have the utmost respect for his work and he has been compensated. Both parties are satisfied and most of all we are gratified by the nature in which everything was handled. The process allowed the photographer to share his perspective and our people the ability to do our best to right a wrong. We are excited to support and work with the photographer moving forward.

$27,000 in Leica and Hasselblad Gear Stolen from The Camera Store

7 Tips for Wedding Group Photos from a Veteran Photographer