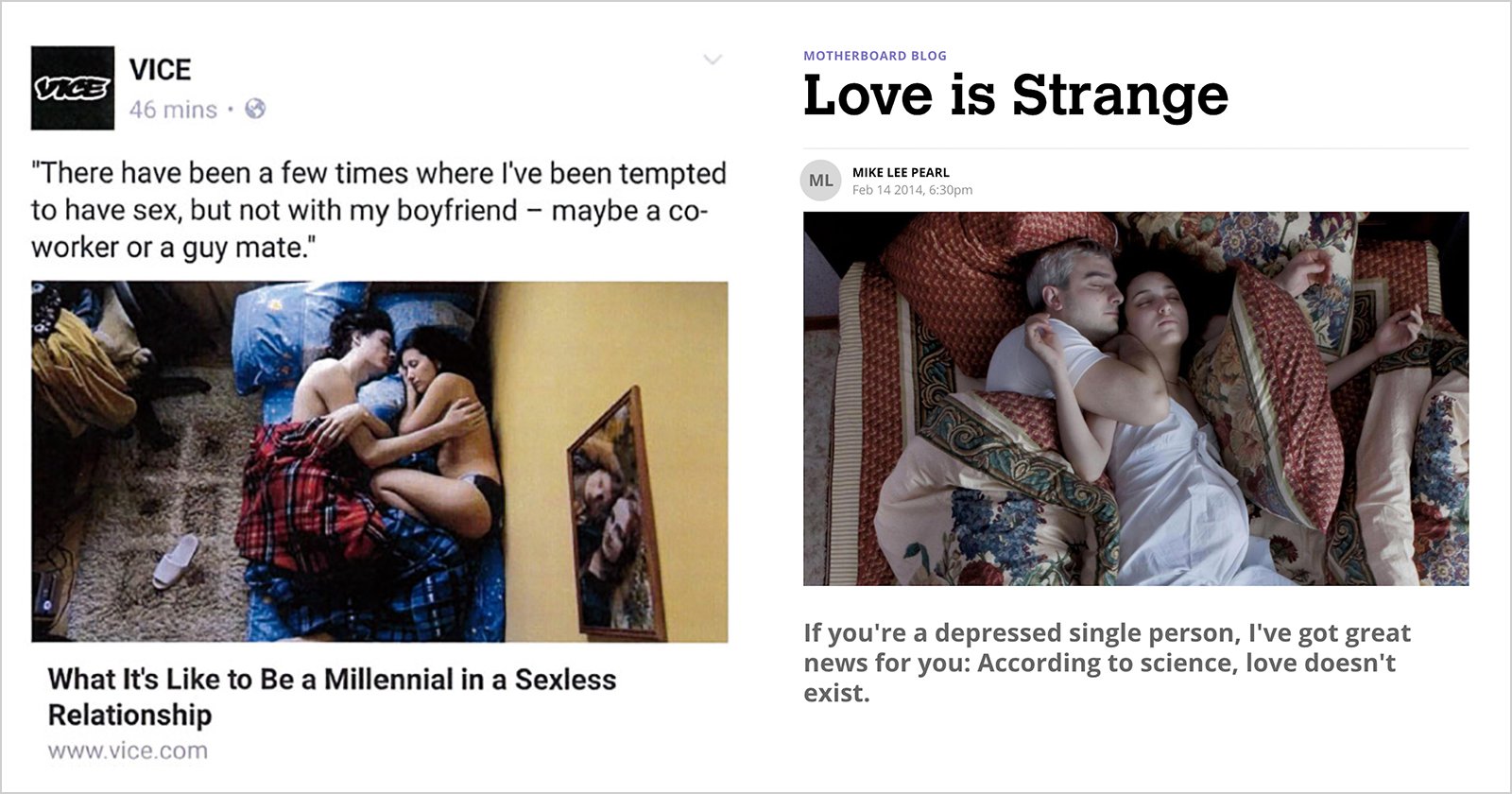 Photographer Jana Romanova is suing VICE Media for using a photo from her series Waiting without permission… again. This is Romanova’s second copyright infringement lawsuit agains VICE over the same photo series.

According to PDN, this second infringement happened on the French version of VICE Media website Motherboard on February 14, 2017, in an article titled “L’amour est etrange.” The article used Romanova’s photo of an expecting couple sleeping together—a photo registered with the US Copyright Office, and which the photographer claims VICE neither licensed nor asked for permission to use.

The English version of the article, originally published in 2014, includes a bold credit line that reads “Image: Jana Romanova”, and links to a VICE feature of the Waiting series from 2012. The newly-published French version Romanova is suing about does not include a credit line. 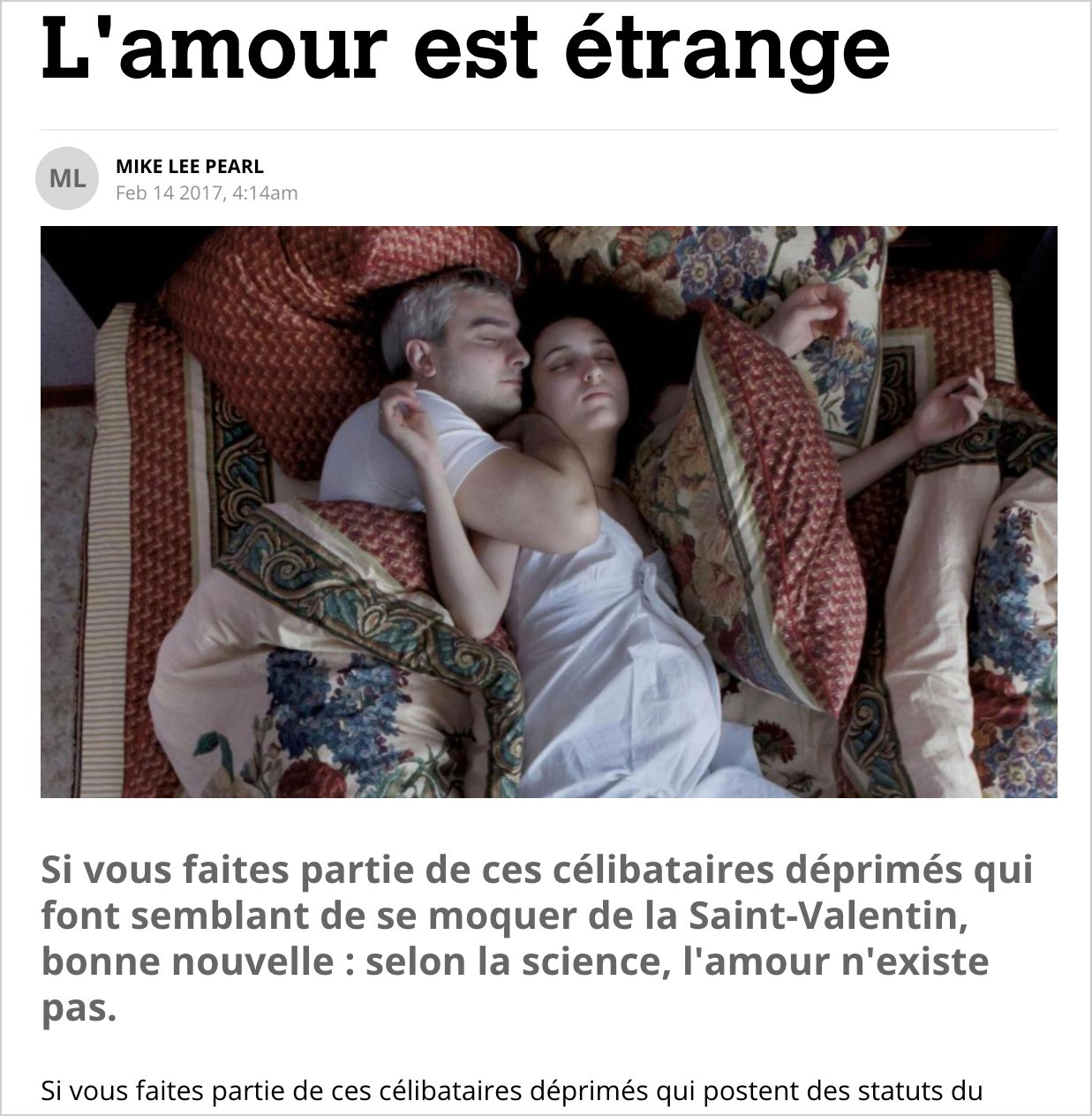 Bold credit line aside, what makes this particular case of infringement stranger than most is the fact that it happened once before.

In November, Romanova sued VICE for infringement after their main website published one of her Waiting photos above an article titled “What It’s Like to Be a Millennial in a Sexless Relationship.” VICE settled that case, so why would they willfully infringe the copyright of the same photographer again… using a photo from the same photo series?

The media company is not coming off in a good light here. In a Facebook post from November of 2016 about the first infringement, Romanova says she “asked [VICE] to make a public apology on Facebook to the couple in the photograph. Because it’s not only stealing the image, but also a libel of the couple’s sexual relations.” In response, VICE wrote her, “we are under no obligation to publicly apologize to you or to the people in the photograph.”

The terms of the previous settlement are confidential, so we have no idea what VICE was required to pay out to Romanova for the use, but this second infringement could result in “significantly higher” damages according to her lawyer, Richard Liebowitz.

CORRECTION: The original article referenced only the English version of the “Love is Strange” article, which was originally published in 2014. The version Romanova is suing over is the French version, published in 2017. The article has been corrected.

Is Medium Format Worth the Money? Hassleblad H6D Review Says ‘No’