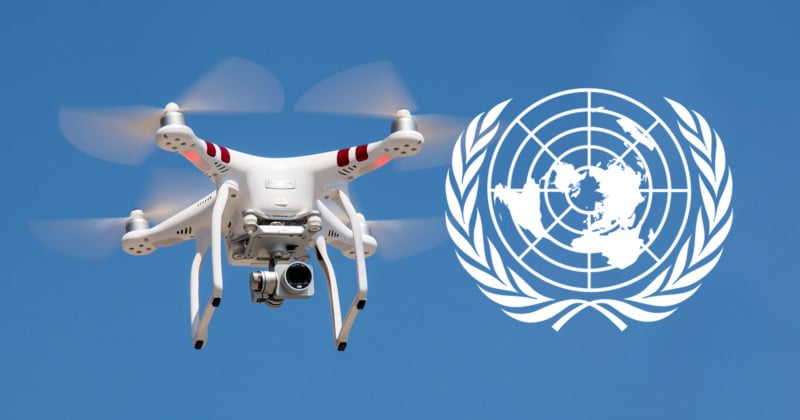 The United Nations’ own aviation agency, the International Civil Aviation Organization (ICAO), is backing a move to develop a single, global database which would require all unmanned aircraft to be registered to it.

The ICAO has no power to impose regulations on any countries, but during a symposium in Montreal this month it proposed the creation of such a registry.

Reuters reports that the database would make data accessible in “real-time,” with law enforcement being able to remotely track and identify any drone. This database would then reveal the drone’s operator and owner.

Drone usage is becoming more and more common, and so far there have been a number of incidents. Whether it be crashing into a Ferris wheel, cyclists, the Seattle Space Needle or fans at a baseball game, it is no surprise that agencies want a crackdown on drones.

There are also increasing fears that collisions with commercial jets could cause a terrible accident, as well as various privacy and security concerns.

It has not yet been established who would operate the database if it were to be created, but the ICAO could potentially fill that role.

“They (drone makers) are worried that Europe might create one set of standards, United States might do a second and China might do a third,” ICAO air navigation bureau director Stephen Creamer tells Reuters. “And they’ve got to build a drone differently in these different environments.”

There does seem to be support for such a database, and a global set of operating standards, among industry experts and leaders.

“I think it’s smart that ICAO is trying to harmonize it,” NASA researcher Parimal Kopardekar tells Reuters. “If you have a drone that you build in one country, you should be able to use it in another country.”

The US announced its own drone registry in late 2015, but in May 2017, a federal court ruled that personal drones do not have to be registered. The FAA soon began offering refunds and record deletions for drone owners who had obediently complied.

High Magnification at a Low Price: How I Built a Super Macro Rig for $230