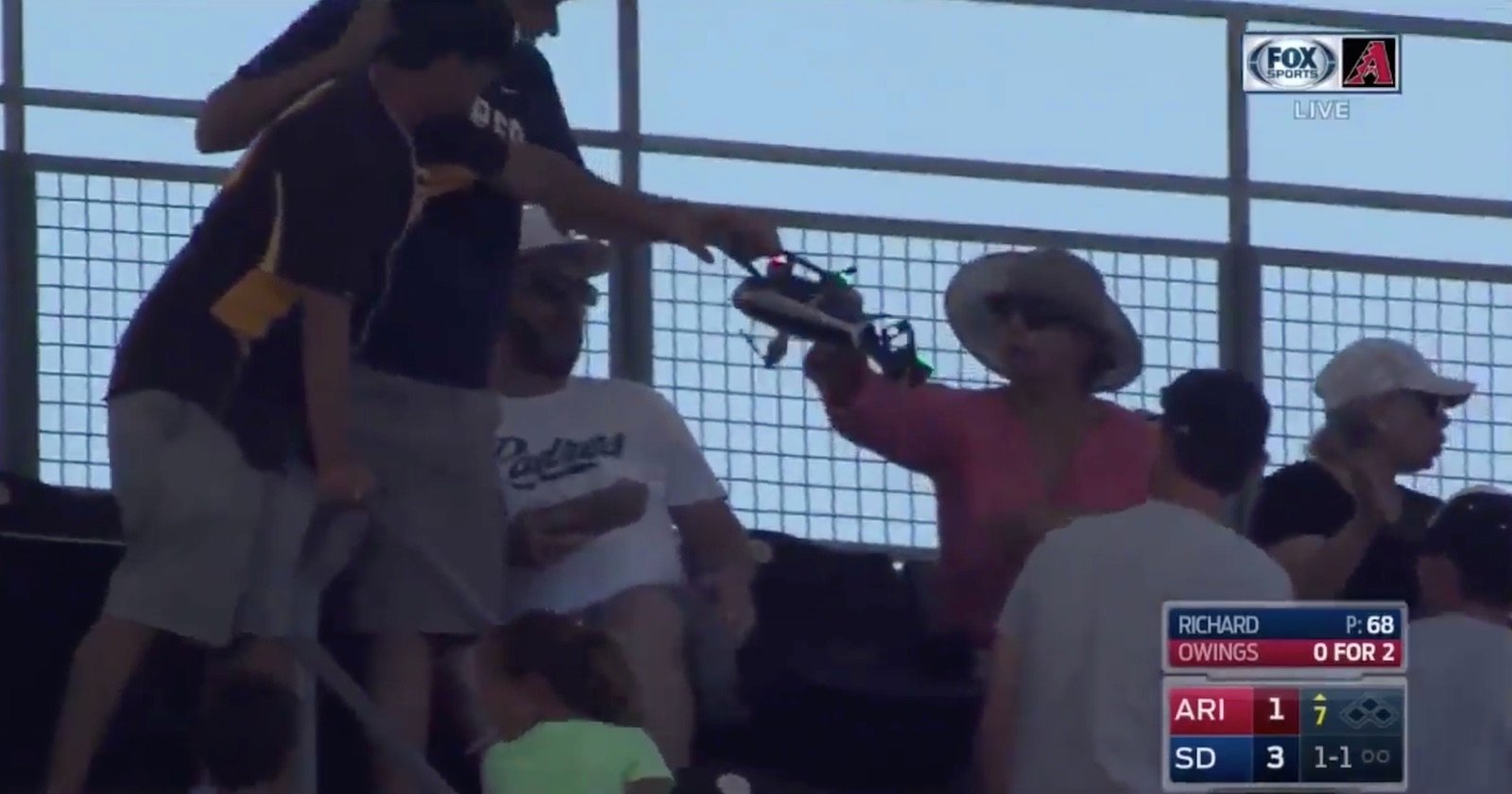 This is exactly why DJI is forcing users to “activate” their drones, or suffer the consequences. At a recent baseball game between the San Diego Padres and the Arizona Diamondbacks, an illegal drone slammed into the stands, only just missing a few faultless fans.

You can see the crash in the Fox Sports video below. After showing the illegal drone fly up and off into the stands, the scene quickly cuts to the crash. Blink, and you might miss the moment the drone slams into an empty seat, startling the man and woman who were luckily facing away on either side. Fortunately, Fox provides a slow motion instant replay moments later.

By the looks of it, the offending drone is a GoPro Karma:

The crash initially seems minor, but you can see propellers go flying in the slow motion shot—the drone really did fly full speed into that empty seat. Just a couple of feet to the right or left, and we’d be writing about a serious injury instead.

And we do mean serious. As researchers showed back in January, a drone to the face will cause no small amount of damage. Even when one simply falls out of the sky, it can lead to serious head trauma (and jail time).

So the next time you think of flying your drone around a busy ball game… maybe don’t. Especially if it’s a GoPro Karma, those things used to just fall out of the sky.

‘Photographers’, Don’t Pee In My Pool

DJI Will Release a Portable Mini-Drone on Wednesday, Here’s the Teaser