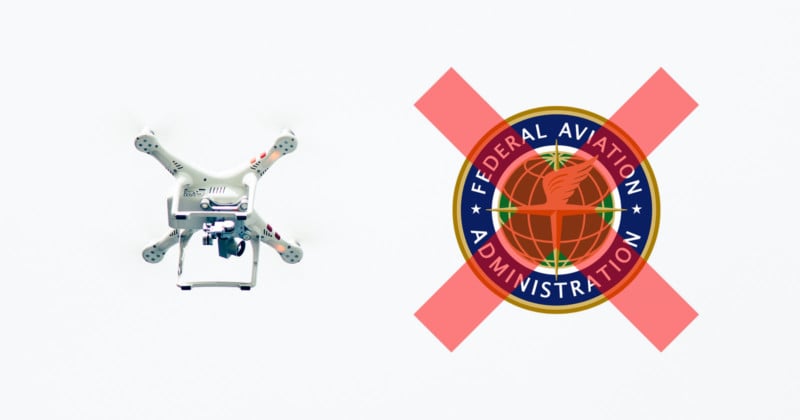 Heads up: if you’re the new owner of a camera drone in the United States and you’re not planning to fly the drone commercially, you no longer have to register the drone with the FAA. That’s the decision handed down today by a federal court in Washington, D.C.

Recode reports that the lawsuit against the Federal Aviation Administration was just won by a model aircraft enthusiast named John Taylor, who filed his case against the FAA in January 2016.

The FAA originally announced its drone registration process in December 2015, saying that owners would soon be required to register any drone weighing between 0.55 pounds and 55 pounds. After paying a $5 fee and providing a name, address, and email, owners were issued a Certificate of Aircraft Registration/Proof of Ownership and a ID number to display on their drone.

The latest ruling, issued yesterday, states that this mandatory registration violates a law called the FAA Modernization and Reform Act that Congress passed in 2012, which prohibits the FAA from passing rules on the operation of model aircraft.

Over 820,000 have registered their drones since the FAA database was announced, Recode reports, but now only commercial drone operators will need to add their name to the registry. If you’re a photographer planning to fly a camera drone for personal reasons, you’re now exempt.

While casual drone owners may cheer this latest development, the drone maker DJI isn’t as happy about the news.

“The FAA’s innovative approach to drone registration was very reasonable, and registration provides for accountability and education to drone pilots,” the company’s policy head, Brendan Schulman, tells Recode. “I expect the legal issue that impedes this program will be addressed by cooperative work between the industry and policymakers.”

With the boom in drones in recent years, the world of drones has become a Wild Wild West of sorts, as drones often make the news for causing trouble without any straightforward way of tracing the devices back to their owners. No word yet on whether the FAA is planning to appeal the latest decision or attempt new rules at reining in hobbyist drones again.

Rolleidoscop: The First Camera Rollei Made and the Stereoscopic Process