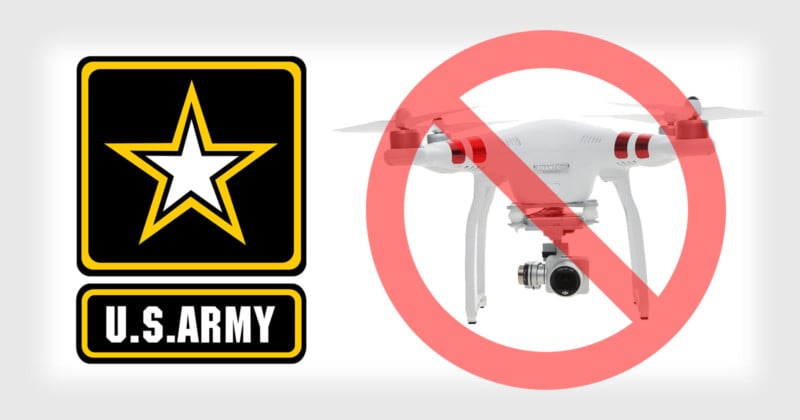 It looks like the US Army is discontinuing the use of all DJI camera drones and products in its activities due to concerns about “cyber vulnerabilities.” That’s according to a memo obtained by sUAS News.

“Due to increased awareness of cyber vulnerabilities associated with DJI products, it is directed that the US Army halt use of all DJI products,” the memo by Lieutenant General Joseph Anderson says. It’s not just camera drones that have been killed off, but any device with DJI software installed on it. That includes GPS units, speed controllers, radios, flight computers, and more. 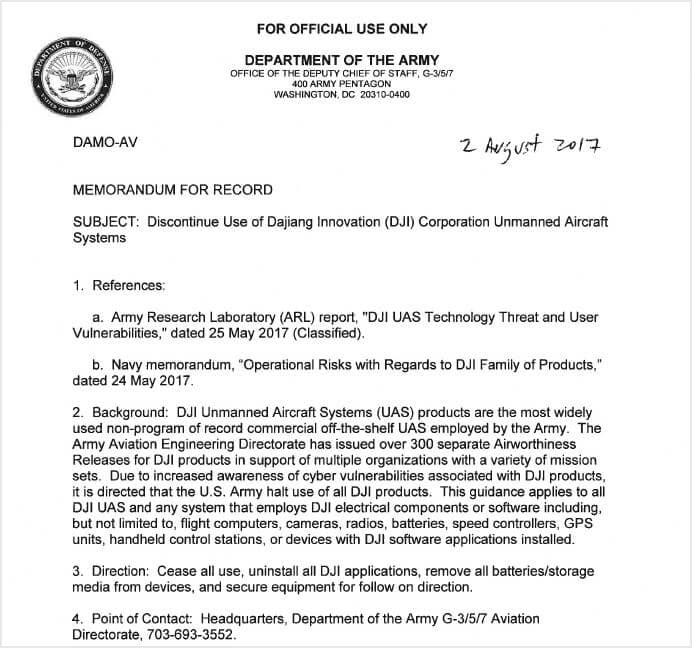 Part of the considerations may be that the default settings on the DJI GO 4 app are to upload details of flight records, including telemetry, video, and audio recordings, to servers located in the US, China, and Hong Kong.

Yes, these can be turned off, but hackers have had success in overriding DJI’s geo-fencing system, and it’s things like that which may be turning the US Army off of the Chinese-made drones. Plus, only DJI truly knows what information is being retained and stored overseas.

DJI was less than impressed with the apparent memo, and told sUAS News, “We are surprised and disappointed to read reports of the U.S. Army’s unprompted restriction on DJI drones as we were not consulted during their decision. We are happy to work directly with any organization, including the US Army, that has concerns about our management of cyber issues.

“We’ll be reaching out to the US Army to confirm the memo and to understand what is specifically meant by ‘cyber vulnerabilities.'”

When contacted for comment by sUAS News, the US Army gave this response: “We can confirm that guidance was issued; however, we are currently reviewing the guidance and cannot comment further at this time.”

How to Contact and Book a Model for a Photo Shoot