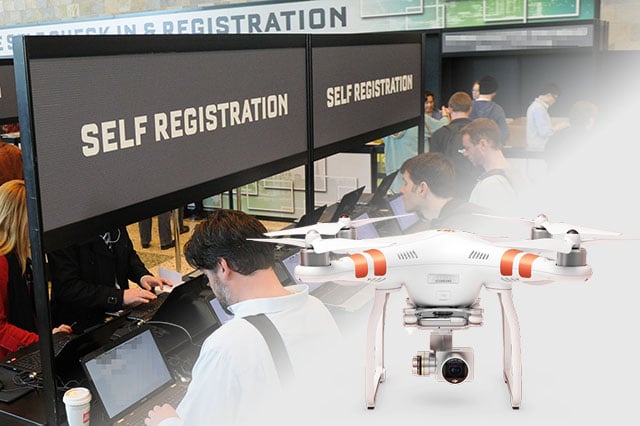 The Obama administration announced today that it will be creating the first ever federal drone registry to reign in the wild wild west of drone usage. Drone owners will be required to register their drones with the database in order to fly legally, and those caught flying unregistered drones will face “consequences.”

Reuters reports that at a press conference, U.S. Transportation Secretary Anthony Foxx revealed that the administration is putting together a task force consisting of industry and government representatives. The group will be tasked with putting together a set of recommendations for the drone registry.

You can watch the complete press conference here:

One of the big questions will be whether certain types of drones (e.g. small, cheap, and relatively-harmless toy drones) will be exempt from the registry, or whether the registry will include all drones. The goal is to have the registry up and running by Christmas 2015, and the task force has a November 20th deadline for submitting their proposals.

More than 1 million drones could be given as gifts to untrained operators this holiday season, the government says. Both existing drone owners and new owners will be required to join the upcoming registry. Government officials say the registry will both help to educate new drone owners about federal laws, as well as help authorities identify the owners of drones that cause problems.

We’ll learn the complete details of the registry when it’s unveiled later this year (if all goes according to plan). The FAA is also still hoping to publish official rules about commercial drone usage by June 2016.

Image credits: Header illustration based on photo by Official GDC