Grey summer days in San Francisco might be a bummer from sea level, but a quick drive and hike away, atop Mount Tamalpais, those are the days when you’ll find the most beautiful views as the fog swirls and “breathes” beneath you and your camera gear.

That’s the discovery photographer Danny MacRostie made a year and a half ago when his fog obsession began. For the next 18 months, he spent every spare moment checking weather forecasts, monitoring outdoor webcams, checking online fog models, and rushing out to the summit of Mount Tamalpais every time conditions looked promising.

“If I was heading out for sunrise, that meant being up and out the door by 4:00am to make it in time,” he tells PetaPixel. “In the evenings, I would have to sneak out of work a little early, making a quick stop at home for my gear before fighting commuter traffic across the Golden Gate Bridge. Half the time I ended up having to run down the hiking trials with all of my gear to just barely get setup in time to capture the sunset.” 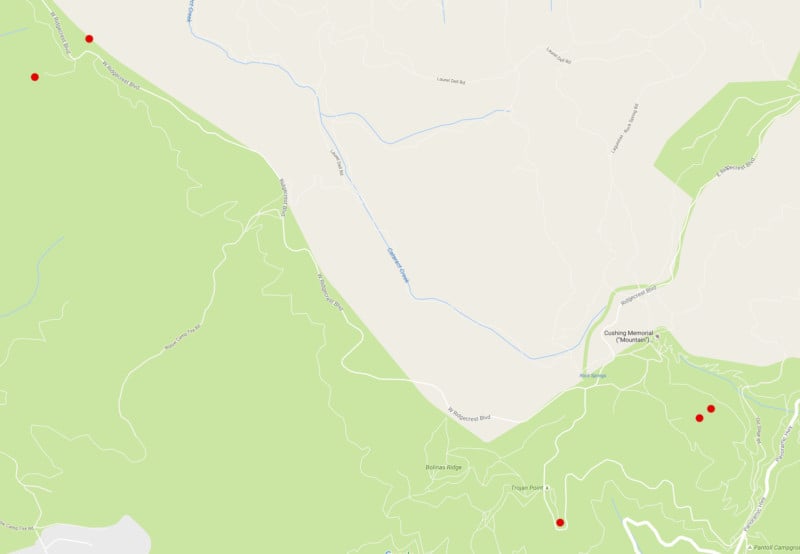 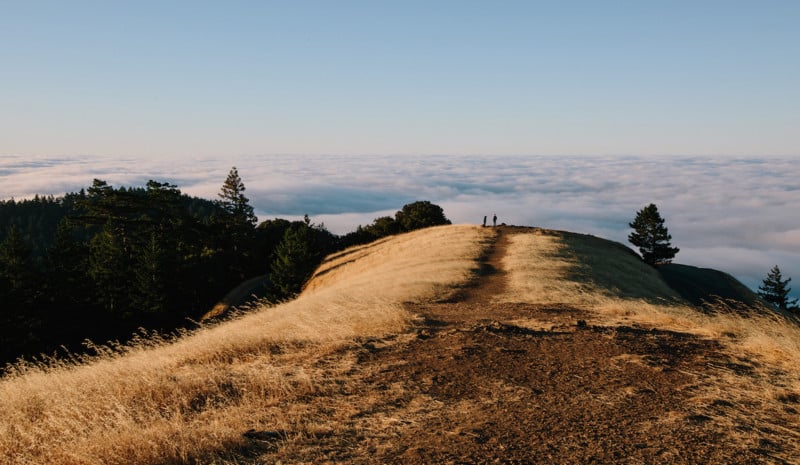 Once he arrived at any of the locations marked on the map above, he would set up and start shooting—which is more complicated than it sounds.

“I tended to have two cameras set up, a Canon 5D Mark III and my old Canon 7D, but I usually only shot time-lapse images on one and long exposures of the fog on the other,” he explained. “Fog conditions and lighting change fast so I always used a stationary tripod and never had time to try a slider or panning head. The amount of setup time required was too great and would lead to missed shots.”

“The rapidly changing light also meant that shooting in full manual mode wasn’t an option,” he continues. “Instead I used aperture priority set around f/16, white balance set to sunny to avoid changes in color temperature, and an ISO in the 100 to 400 range. I tried to keep the shutter speed down at or below 1/40th of second, sometimes using ND filters, to introduce a small amount of motion blur to the fog.”

Here are some of the stills he captured along the way: 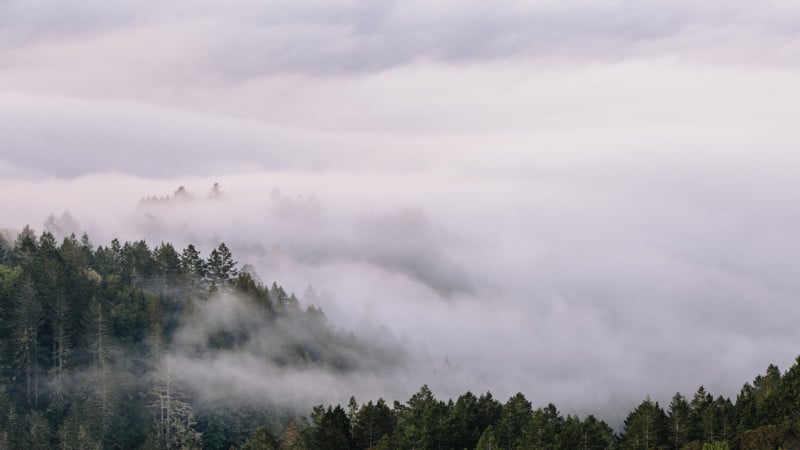 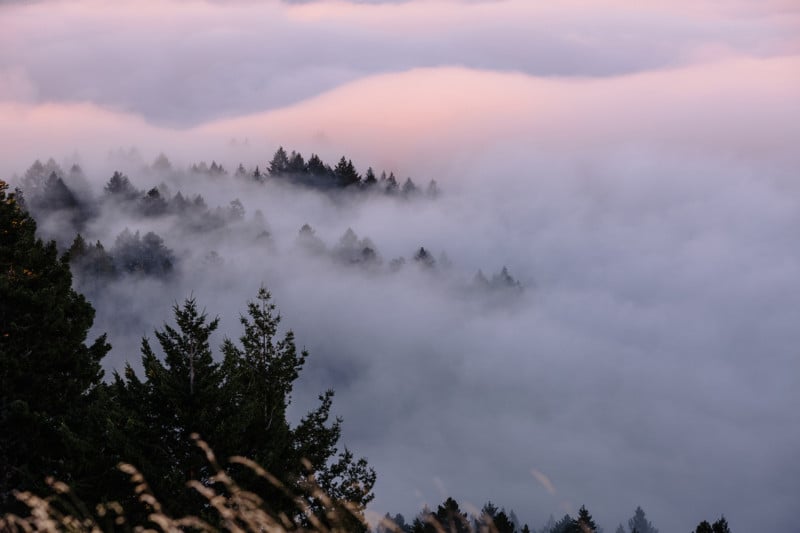 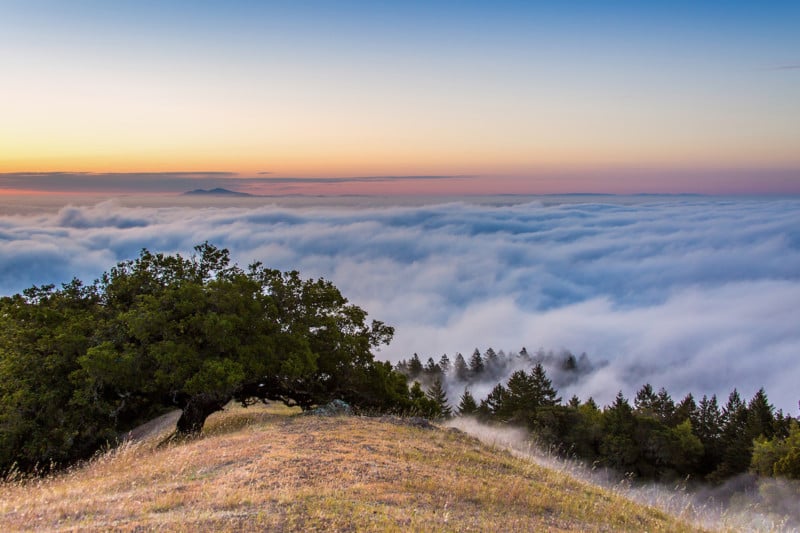 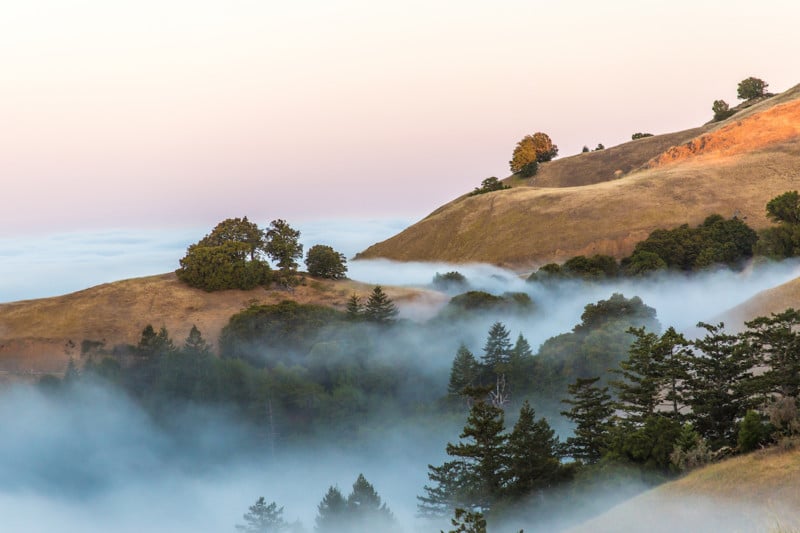 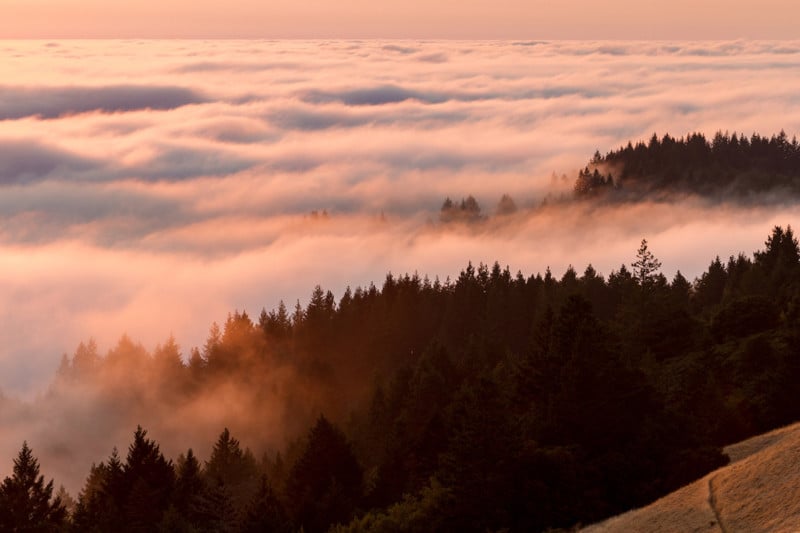 Funny enough, it’s not the hiking and 4am wakeup calls that took the greatest toll on Danny. “In the end, it seemed like the easy part was the endless hours of hiking in the dark and lugging gear around the mountain,” he writes in the video’s description. “Processing thousands of photos and learning how to edit them all together was the real challenge.”

For a first official timelapse, it’s beyond impressive. It may be the viral sensation that this photo of fog flowing beneath the full moon was, but his shots are mesmerizing all the same.

Image credits: All photos and video by Danny MacRostie, used with permission.