In 2010, we featured photographer Simon Christen’s stunning time-lapse of the San Francisco Bay Area, The Unseen Sea. Since then, however, we haven’t seen any more of his work. That is, until he sent us the sequel.

Capturing this type of perfect fog footage is anything but “quick and easy.” Over the course of two years, Christen checked weather forecasts, radar maps and webcams religiously, waking up each promising morning at 5am and making the 45-minute drive out to the Marin Headlands. 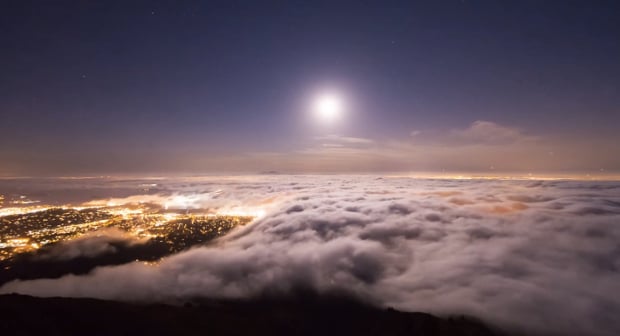 More often than not, he didn’t get anything worth keeping, but once in a while, he captured something truly awe-inspiring. It’s these clips that he has put together into the time-lapse film Adrift.

On the technical side, he used his trusty Canon 40D (the same one he used for The Unseen Sea) and a Canon 7D, shooting always in manual mode and taking a photo about once every 2 to 10 seconds in order to capture smooth movement. Most of the shots in the final video are significantly shortened, but each took him about 2-4 hours to capture.

Check out the video to see for yourself, click here to watch The Unseen Sea, or head over to Christen’s website for more info on the man behind the camera and his work.