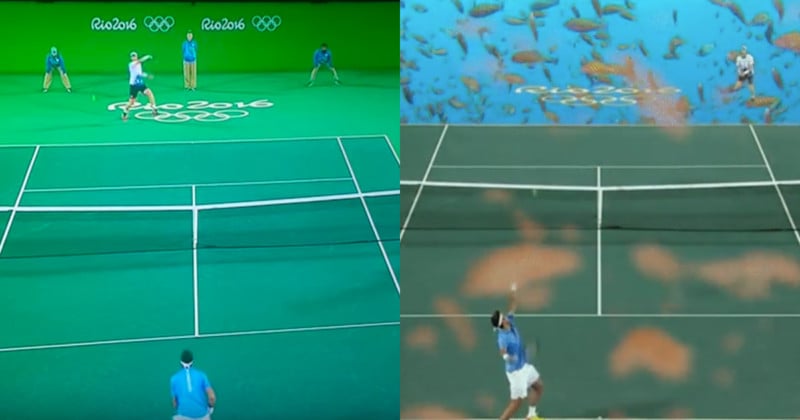 There’s no escaping it: whether you’re the Queen or the organizers of the 2016 Olympics in Rio, put a ‘green screen’ in front of the Internet and the Internet will have some chroma key fun at your expense.

That’s what happened yesterday when Imgur user factionman realized that the Olympic tennis final was being played, essentially, on a giant green screen. Immediately, he got to work swapping out the background, placing the game into the Star Wars opening sequence, in a volcano, underwater, and more.

Given the not-entirely-lighthearted nature of the Rio Olympics so far—cameras being stolen, cameras crashing down on people’s heads, etc.—this touch of humor was much-needed and much-appreciated.

Only thing left to do is try your hand at a bit of green screen fun. You can find a screenshot of the tennis final in this Imgur gallery… go nuts!

Update: The Olympic weightlifting venue is a giant green screen as well:

Sorry NBC but a green backdrop is asking for trouble. pic.twitter.com/Ad9ULnDdYh

Shooting Sea Fireflies Lighting Up the Rocks On a Japanese Beach