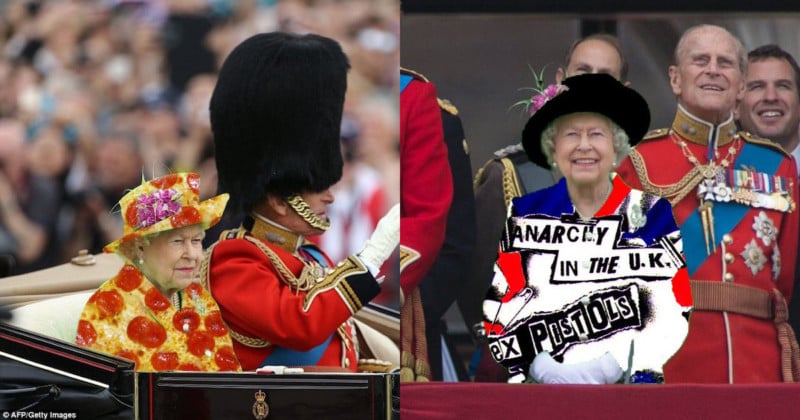 The Queen of England decided to wear a solid green outfit for her 90th birthday celebration last Saturday, and Photoshoppers across the Internet all smirked in unison before taking full advantage of this “green screen” opportunity.

Not ones to let a good Photoshop battle pass them by, photo and video editors across the Web took popular photos and video of the Queen published online and clothed the 90-year-old monarch in every manner of silly outfit—from a pizza-covered queen, to Sex Pistols fan Queen, to the Queen wearing a music video by the band Queen. Extra points for meta-creativity on that last one.

Here are a few of our favorites:

Nice of the Queen to wear a green screen for her birthday celebration…#Queenat90 pic.twitter.com/ozpWKMHbV9

Why Gray is the Best Backdrop Color for Simple Portrait Studios