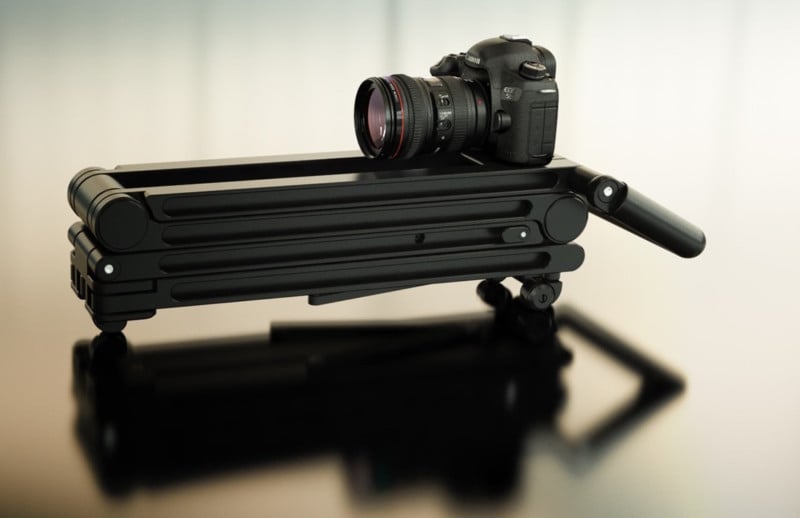 Edelkrone’s tag line is simply “reinvent,” and that’s exactly what the company is doing with their new StandPLUS: they’re reinventing the tripod. Or rather, they’re throwing the tripod out altogether in favor of a different sort of camera holder.

We have to say right off the bat that the StandPlus probably won’t replace your tripod. For one, we can’t imagine using this thing in the middle of the wilderness or other places where a great tripod can do some amazing things. But this fresh take on the camera stand is intriguing all the same.

As the StandPlus tagline says, “No knobs, no buttons. Just move your camera to the desired frame and leave it there.” Check out the stand in action:

The StandPLUS seems to have sprung up from the goal of making a smaller, more versatile, hassle-free version of your standard tripod, but somewhere along the way a designer got carried away.

Whether or not that ended up producing a functional product photographers will want to use is still up for debate, but the results are undeniably flashy if nothing else. To sign up for more info and a notification when the StandPLUS becomes available to the general public (it’s still “coming soon” right now), click here.

How to Fake the Northern Lights in Photoshop