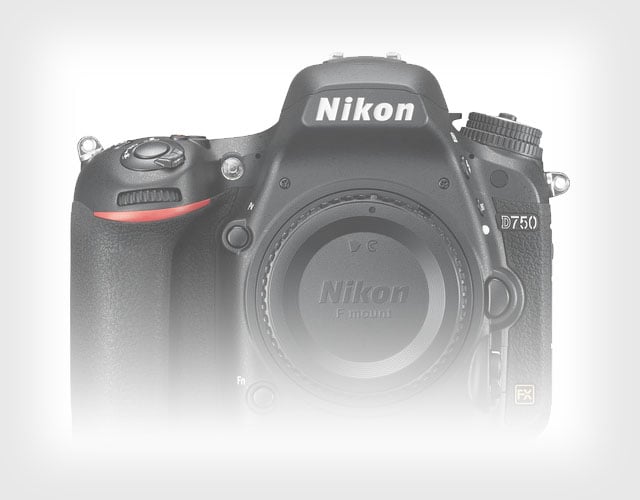 It appears that the Nikon’s response to the D750 flare issue is much more than an offer for a free repair. The camera is currently disappearing from stores, both online ones and brick-and-mortar ones, suggesting that some kind of recall or delay has been implemented while Nikon fixes the defect. [Update: We have confirmed that there is a recall.]

The camera has completely disappeared from Amazon search results: 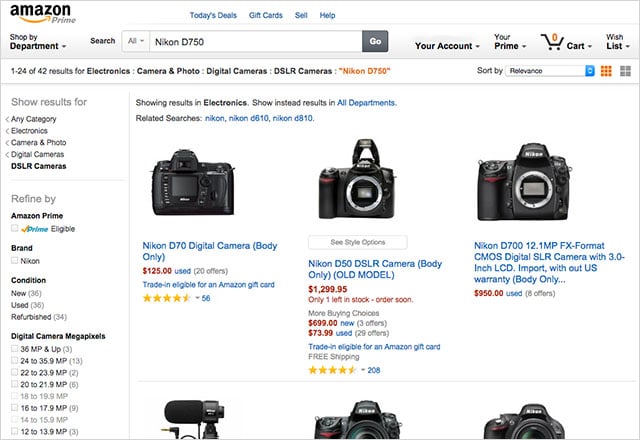 Adorama and B&H both show the camera as being out of stock and backordered: 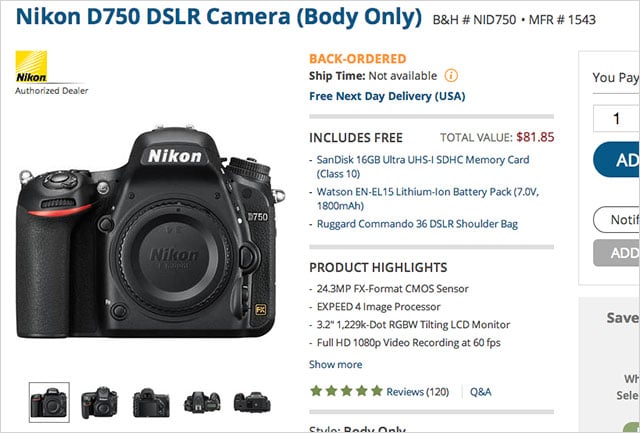 We have also been hearing reports from photographers in Japan that major camera stores in Tokyo no longer carry the D750 on their shelves. It appears to be “a factory recall” and the stores are saying the camera will be back in stock in about a month.

Over in the DPReview forums, photographers are confirming that many stores in Japan and in the US seem to be having their stock recalled.

We’ll update you if/when we hear more about this from Nikon and/or major camera stores.

Update: We have confirmed with a source that it is indeed a Nikon-issued recall that’s underway. We’ve updated the post title to reflect this.

Update: Nikon has released an official statement on this issue, saying: “Nikon is working with retailers to replenish stock with cameras to which measures to address this issue have been applied. In late January, Nikon will announce details to service cameras from users, free of charge.”

On Being a Pseudo Wedding Photographer